By the co-owner of East Melbourne’s Hemingway’s Wine Room, you might get heirloom carrot “steak”, charry octopus and specials such as slow-cooked-rabbit raviolo and Wagyu with “umami paste”. Plus, a wall of wine that opens like a secret door into the adjoining building. 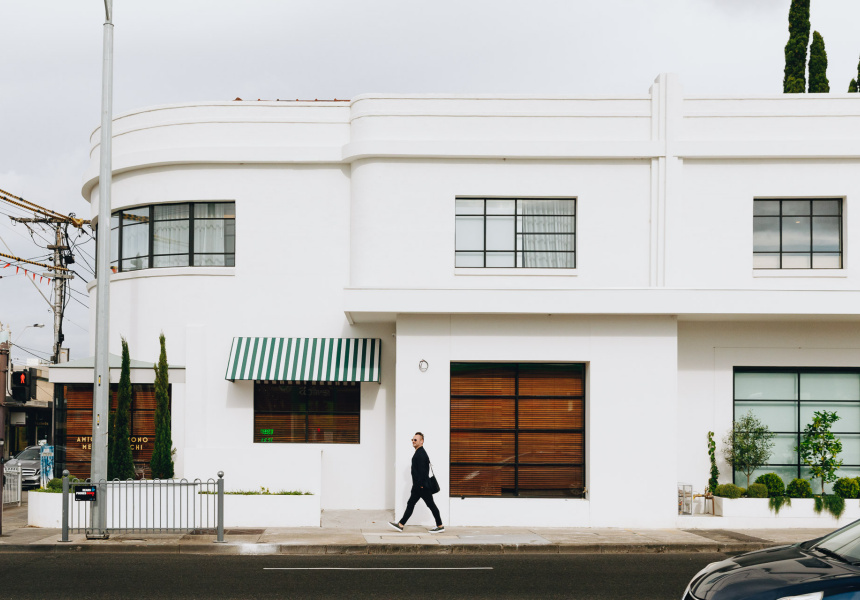 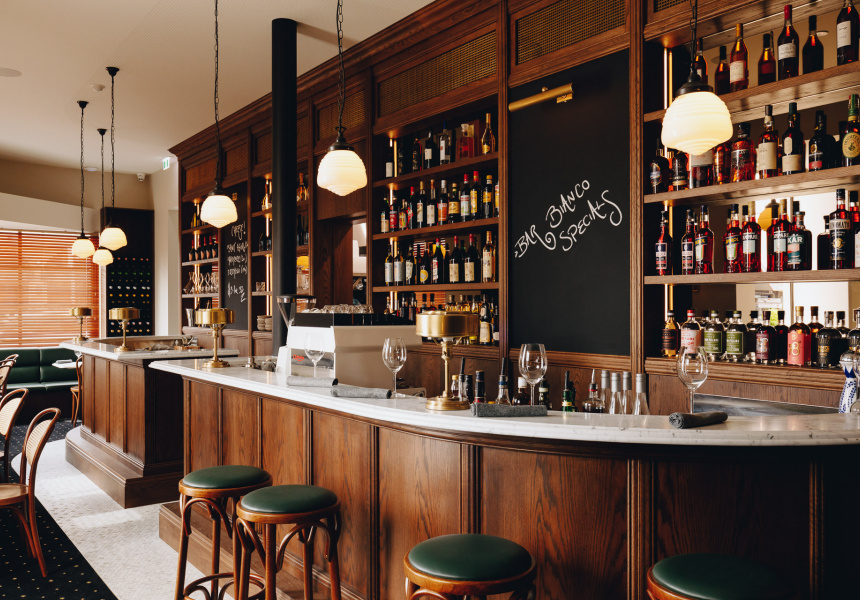 Perched on the corner of Malvern and Williams roads in Prahran, with a curvaceous facade that immediately reminds me of England’s White Cliffs of Dover, is the newly opened Bar Bianco. It’s a 35-seat neighbourhood wine bar from Glen Bagnara, co-owner of East Melbourne’s French brasserie-slash-casual boozer Hemingway’s Wine Room.

Part of Hawksburn Village’s swanky Hawksburn Place Residences (by local developer Gurner), the handsome space came readymade with mosaic marble floors, dark-stained timber joinery and a wall of wine that opens like a secret door into the apartment building.

It’s an elegant but low-key spot you can swan into for a casual cocktail or glass of wine, or linger awhile with a table full of snacks. Head chef Marvin Tan has designed a concise menu of wine-friendly small plates – some just a single bite – that revolve around the hibachi, a Japanese charcoal grill. Almost every dish has a flame-licked element.

The Ora King salmon (considered the Wagyu of the sea by some) comes charred alongside cucumber, squash, lemon myrtle and soubise (a slow-cooked French onion sauce). While the grilled Fremantle octopus sits with Yarra Valley caviar and nori on a smear of pitch-black, briny romesco. “Traditionally romesco is red in colour because it’s tomatoes, hazelnuts, chillies, shallots,” says Tan. “But then [we] taint it with squid ink.” There’s also an heirloom carrot “steak” with tangy, salty capers and rich jus.

A daintier option is the singular scallop, served atop a sauce of scallop roe and capsicum. “It’s like a puttanesca, but not really,” says Tan. “You get scallop on scallop. In Japanese cooking and Korean cooking, people love [the roe] because there’s so much flavour and it’s creamy.”

Each day there’s also a few larger options chalked up on the blackboard, depending on what Tan has in the kitchen. You might find Wagyu eye fillet with “umami paste” (anchovy, tomato, mushroom, pecorino and soy all blitzed together), or a raviolo (just one big ravioli) encasing slow-cooked Gippsland rabbit with sunflower tapenade and a sauce infused with the aniseed-y flavours of amaro.

The Italian influence has also led to a decent list of amari, herbal digestif-appropriate liqueurs that run the spectrum from sweet and subtle to astringent and almost medicinal (in the best way). Find big-name imports such as Montenegro as well as their up-and-coming Aussie counterparts from labels such as Okar and Poor Tom’s.