Now Open: Classic Country Pies (Weighing in at Almost Half a Kilo) at Carlton’s Tooborac Pies and Beer

It’s the first urban outpost for this award-winning country brewpub. Pair a classic beef and mushroom pie with a fresh and fruity pale ale, or try the rabbit and bourbon number with a chocolate-chilli stout. 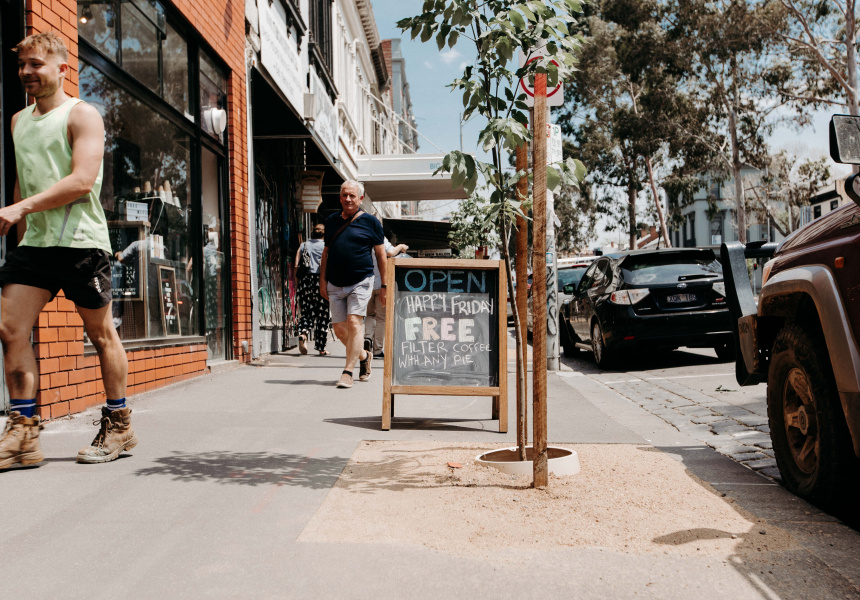 It’s a 35-degree day when I visit Carlton’s Tooborac Pies and Beer, and I’m not expecting to see anyone rushing in with a hankering for a hot pie. But there’s a constant flow of people during my one-hour visit, some even levelling up their order with a side of gravy and mashed potato.

“Everyone loves a pie – and at any time of day too,” says publican James Carlin, who owns Tooborac with his wife, Valerie Carlin.

The Carlins also own and operate the historic Tooborac Hotel and Brewery in Tooborac, just over an hour’s drive north of Melbourne. It was built more than 160 years ago and is the state’s oldest National Trust-listed country pub. The Carlins took over in 2005, and have since collected awards for their brews. The pie shop is their first urban outpost. “We’re bringing a little bit of the country to the city,” says Carlin.

Pie-wise, you can expect a straight-down-the-line country take. Varieties include rabbit and bourbon; chicken, leek and bacon; beef and golden ale; vegetable korma; and lamb, potato and rosemary. Weighing close to 400g each, they’re bigger than your average footy pie, filled with locally sourced ingredients and priced at $9.50 a pop. You can add gravy, mash and peas on the side, too.

Tooborac’s own beers are on offer too. Choose from 10 stubbies, including the malty, American-style Fireman’s Red IPA, the light and fresh Summer Ale, the fruity Stonemason’s Ale and the indulgent Chilli Chocolate Sanchez stout. Coffee is by Motobean Roasters in Malmsbury.

The 60-seat pie shop – just one part of an 800-square-metre warehouse – was fitted out by the Carlins’ son, Jack. It’s a simple, stripped-back space with wooden communal tables, astroturf and huge windows looking out over Elgin Street. Next door you’ll find From the Collective – a beer hall, event space and regional provedore – where you can pick up smallgoods, coffee, cheese, wine, sauces, preserves, beer, cider, spirits, oils and nuts, all sourced from independent businesses at least 40 kilometres from the city. Daughter Madeline Carlin looks after this part of the business.

The family only has the lease for five years, as the site is earmarked for apartments. “I think we can still achieve our goal in this time, in terms of giving many of the state’s best small producers some exposure,” says Carlin.

And even though the kids spend much of their time in the business, they’ll always have a love for those classic country pies. “We eat them for breakfast, lunch, dinner [and] as snacks,” Madeline says. “We’re actually still not sick of them.”