It’s by a young Kiwi duo who cringe at the word “gourmet”. 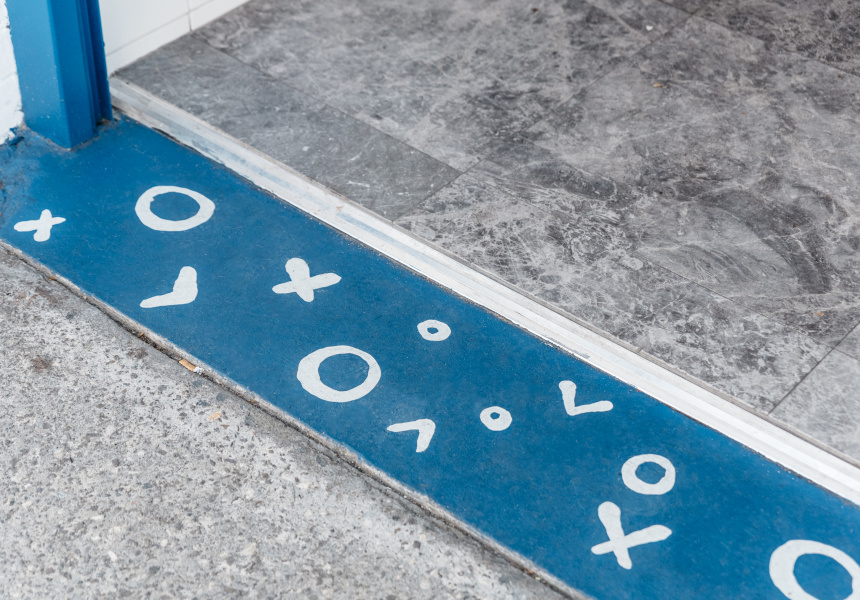 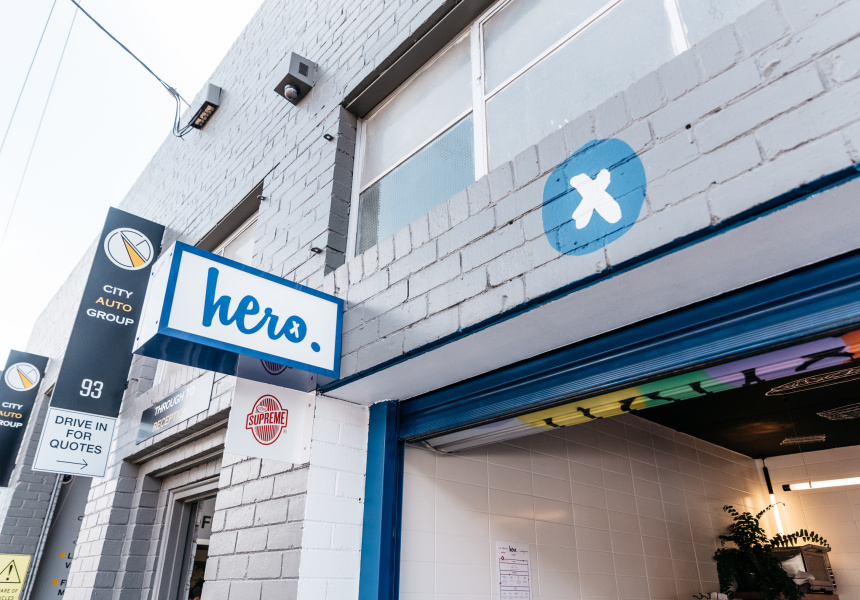 Roughly 18 months after opening the first Hero Sandwich in Auckland, Huri Neill and Jackson O’Regan have landed in the backstreets of Cremorne.

The duo set up shop in a small unit tucked between two car garages on Green Street. It’s a simple space, with little more than a service counter and a handful of potted plants.

Illustrations of sandwiches by Melbourne artist Hugo Mathias decorate the ceiling, white subway tiles line the walls, and a pair of T-shirts hang from a wooden ledge where customers prop themselves while they wait.

Designed by New Zealand streetwear brand Moreporks, the two tees – one black, one white – depict a masked Aussie rules footballer (wearing Richmond colours emblazoned with the letter “H”) drop-kicking a Hero sandwich in front of Luna Park and Flinders Street Station. Customers can nab one for $60.

“It's perfect for us,” O’Regan says of the shop’s location, surrounded by design studios and small advertising agencies.

Naturally, the stars of the show are the sandwiches – made with a light, soft, and slightly sweet bespoke buttermilk bread from local bakers Dench – but there’s also coffee from Coffee Supreme, slices and pastries from Dench, and juices from Almighty.

Each sandwich is brimming with high-quality ingredients and packed with flavour. And unlike some other sandwiches served this big, you get the sense they’re relatively nutritious, too.

“I don't want to call them gourmet, but that's what we're kinda going for,” says O’Regan.

The standout sandwiches are arguably The Ralph, a gochujang (fermented Korean chilli paste) chicken sub with cucumber, pickled ginger, cucumber raita and red cabbage; the Philly Cheesesteak, served with butter onions, jalapeno and cheddar; and The Dick, a gong bao (AKA kung pao) pork sub with plenty of crunch and spice thanks to a generous serving of pickled cabbage, peanuts, sprouts and Sriracha mayo.

The opening menu is the same as the Auckland original, but Neill and O’Regan say they intend to tweak it every six weeks or so with the help of head chef Nick Ravlich, who worked a stint at the acclaimed Royal Mail Hotel in Dunkeld.

For the gluten intolerant, there’s also a selection of salads and chia puddings, but the offering is pretty tight. “Essentially, we’re just [about the] bread,” says Neill with a laugh.

This article was first published on October 30, 2018. Menu items may have changed since publication.