Now Open: A 100 Per Cent Plant-Based Cafe in the West

Plants on your plate and plants to take home for your lounge room. Welcome to One for the Crow, a hybrid cafe-nursery. 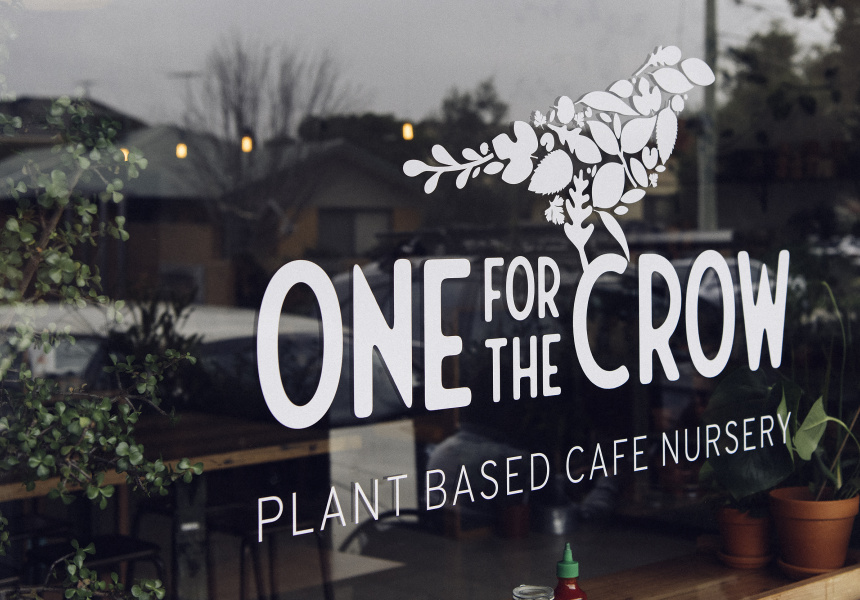 A maidenhair fern needs frequent watering (but not too much) and the perfect amount of sunlight and humidity in order to thrive. You need to think carefully about location and environment before you put one anywhere.

“I’d definitely call that [a plant] that wants attention but will reward you for it,” says horticulturalist Stephanie Brodel.

She’s a plant matchmaker and co-owner of Maidstone’s One for the Crow, which is nurturing vegans with the same level of care. The cafe and nursery is home to a 100 per cent plant-based kitchen turning out both health-centred meals and vegan treats. The only animal product on the menu is the cows milk in the coffee, although alternative milks are available.

Prior to meeting Taze, a vegan and her now-husband, Stephanie wasn’t vegan but says she’s “coming around”.

“It doesn’t feel as scary as I thought it was,” she says. “That’s what we wanted to do … come at it from an angle that’s like, ‘Look at how good vegan food can be, look how normal it can be’. In general, it’s about approachable veganism.”

On the menu you’ll find a soba-noodle bowl with green veggies and tahini-miso dressing; The Big Breakfast with house-made vegan chorizo and smokey scrambled tofu; and vegan waffles with house-made Nutella-and-soy ice-cream. The duo is working to incorporate the resident plants into the kitchen, such as edible begonia flowers and some smaller herbs.

Allpress Espresso is the roaster of choice for Taze, a barista of 10 years who previously worked at West 48. “One of the big reasons that we went with those guys is because it’s really good with alternative milk, the almond, the coconut … it’s the best around,” he says.

Croissants and jam doughnuts are delivered daily from Crumbs Organic Bakehouse. Sesame bagels and cinnamon-and-raisin bagels from 5 & Dime are also available, and you can swap bagels into any of the regular toast dishes.

The pair’s original plan was a farm-to-table cafe, but the more they passed the empty shopfront in Maidstone, the more it felt right.

“We know this area and it really felt like home, so this was the place to do it,” Stephanie says. “We want to appeal to the west side and be a great option for the vegans who live out west, but also appeal to the local community as well.” She has plans to plant veggie beds in the local area, including at the Maidstone Community Centre.

In the nursery section you’ll find vintage and re-purposed pots and planters, large and small cacti, vines, and an array of hanging plants to take home after brunch. As well as offering in-store advice, Stephanie encourages customers to reach out through the cafe’s Facebook and Instagram pages for horticultural tips.

The Brodels designed the fit-out themselves. “I think it kept evolving from what we found at the tip and the side of the road,” Stephanie says, laughing. The cafe’s communal table was made from old rafters from Taze’s father’s wood mill in Tasmania.

“It’s about hedging your bets when you sow seeds … Sow four and then one will make it.”

One for the Crow
9 Commercial Street, Maidstone 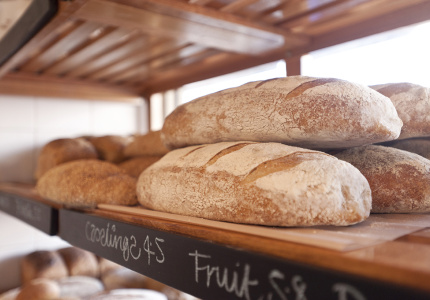