Nothing’s Wasted at This Pop-Up Restaurant

From cow’s nose to sphincter, nothing goes to waste at Wasted pop-up restaurant. 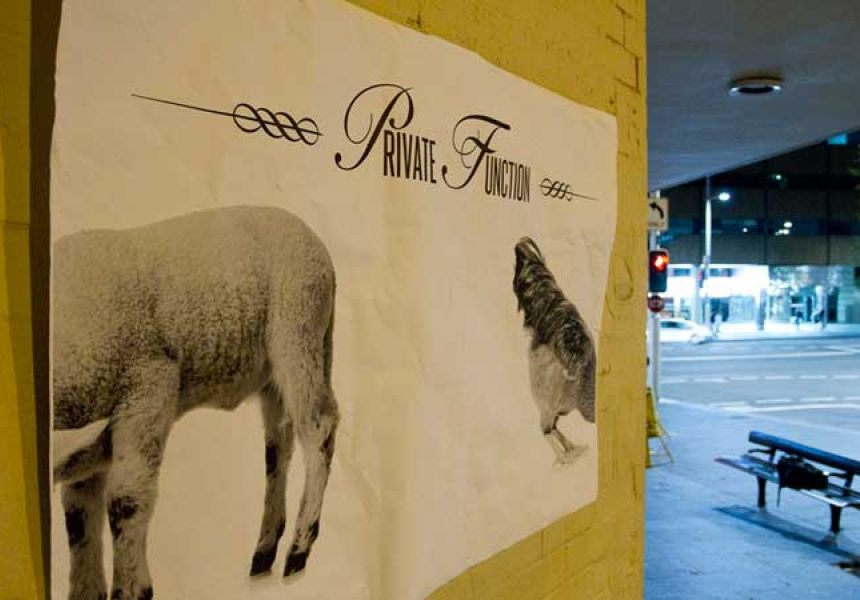 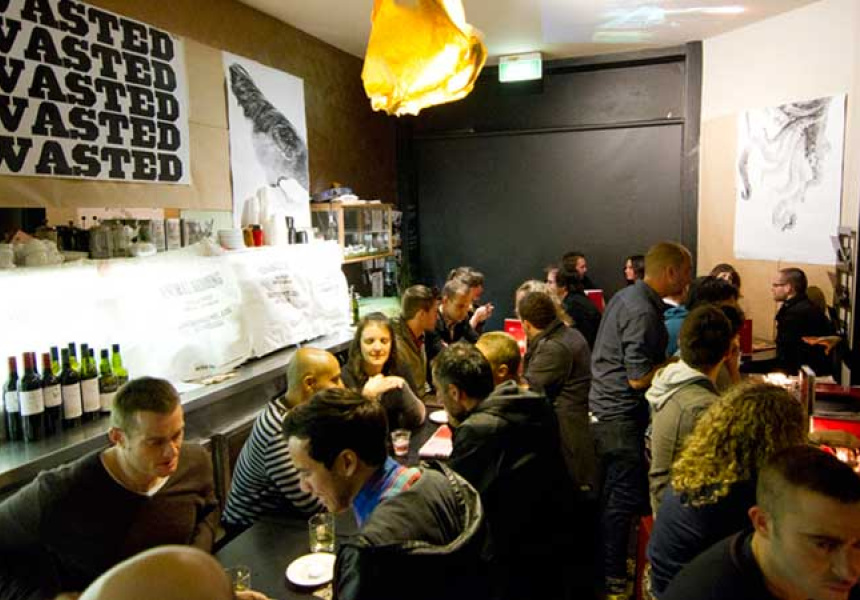 Cow’s nose and nettle soup followed by the intercostal muscle with potato skin and a serve of popeseye (the cow’s sphincter muscle) to finish. Doesn’t sound like your average dinner. But that’s exactly what British chef Douglas McMaster is aiming for.

“We want to show people that food you think is disgusting, that you would normally throw in the bin, can be turned into something you could serve in a three (Michelin) starred restaurant,” he urges.

Indeed, Wasted is more than just a pop-up restaurant. It’s a dining experience, designed to challenge and shift your perceptions of how and what you eat.

The idea for the project was born on a yacht on the Sydney Harbour, where McMaster and Kym Lenoble were celebrating the success of Greenhouse by Joost a pop-up venture they both worked on.

The first event in Sydney went down a treat and the guests scraped their plates clean. “It’s hard to please everyone”, admits McMaster. “Some people struggled with the menu, whereas some people wanted more.” But for the young chef, one of his proudest moments from all his time cooking was when they served the blood, brain and skin dish. “The response was great everybody ate it,” he says. “All the plates came back empty.”

McMaster won the BBC Young Chef of the Year in 2009 after learning about nose to tail dining at Fergus Henderson’s restaurant St John in London. Now, the Wasted project has become his life.

The event is all about sustainability, but it’s also about having fun while enjoying the six course degustation.

They say it’s “not for the faint hearted” and those with less adventurous taste buds should heed the warning. Nonetheless, Wasted looks set to be an exciting and thought provoking experience.

Wasted runs for three nights in Melbourne next week from Thursday June 30 to Saturday July 2, at 6.30pm each night. Thursday night is already sold out.