Not Your Average Brewery: Boatrocker Barrel Room in Braeside

There's 40,000 litres of beer sitting in oak casks at this warehouse bar. 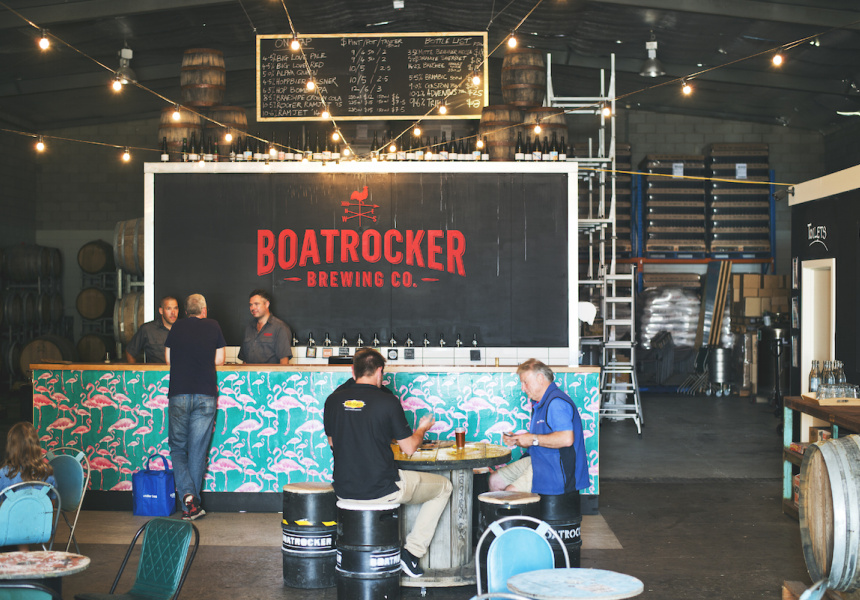 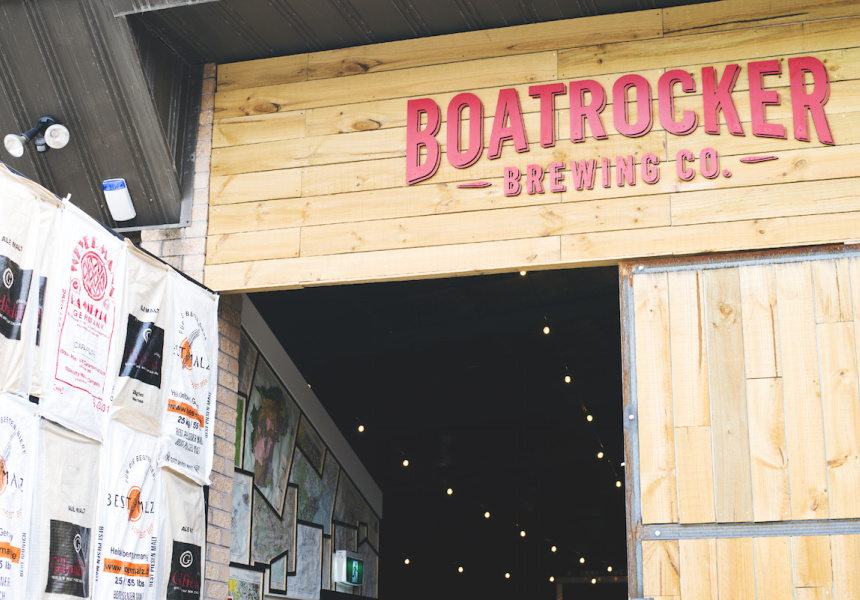 Barrel aging is nothing new in the beer world. The Belgians have been doing it for hundreds of years to bring out the flavours in lambic, a type of sour beer.

But in a modern context, barrel aging is a novelty. It gives brewers another outlet for creativity, allowing them to alter a beer’s character post-brewing. As with spirits, it can be used to smooth down rough edges or add notes of vanilla, molasses and more.

Plenty of local brewers are playing with the style, but none have committed as whole-heartedly as Boatrocker’s Matt and Andrea Houghton, who opened their brewery in Braeside at the start of 2013.

“When we first started building, the first thing I did was buy 60 wine barrels,” Matt says. Since then he’s been slowly building on that stock. Each year he gets a limited shipment of whisky barrels from Starward Distillery in Essendon. They’re used to make Ramjet, a cult beer that’s aged in oak for six months, and which sells out before it’s even been packaged.

Boatrocker is so good at what it does it’s drawn attention from across the country. From Perth, to be precise. After a cash investment, the Made By HAND group now owns 33 per cent of the brewery. That’s Little Creatures’ founders, Nic Trimboli, Howard Cearns, David Martin and Adrian Fini.

It was this cash that built the new 100-patron Barrel Room, which opened in November last year. It’s located across the road from the original brewery and contains 150 former wine, bourbon and whisky barrels, totalling about 40,000 litres of beer. In the near future another 150 barrels will be added.

Fifteen beer taps are on hand for sampling all the obscure styles stored in the room. There’s Miss Pinky, a mid-strength raspberry ale that’s tart, fruity and slightly sour; a rustic saison; and the stout Roger Ramjet, the bourbon-barrel sibling of Ramjet.

Things get even more serious in bottle – the brewery’s current pride is a 30-month-old lambic that’s served at room temperature, with no carbonation. It’s $25 for 500 millilitres, and its complex, wine-like body is worth every cent.

Thankfully, Boatrocker isn’t only for beer nerds. The taps also pour approachable styles such as Pilsner, IPA and pale ale, which pretty much anyone can enjoy.

Likewise the slow-cooked meats being extracted from the tiny smoker out front. It’s operated by venue manager and qualified chef Craig Baum, who has a bigger contraption in the works. In the meantime, he’s cooking up pork and beef sliders, and putting together charcuterie boards. Food trucks will visit the site sporadically.

With the beer and food so locked down, your biggest hassle is getting there. The brewery is in the middle of an industrial estate, at least one kilometre from the nearest house.