It’s froths and no fuss, every day of the week at this new spot on High Street. 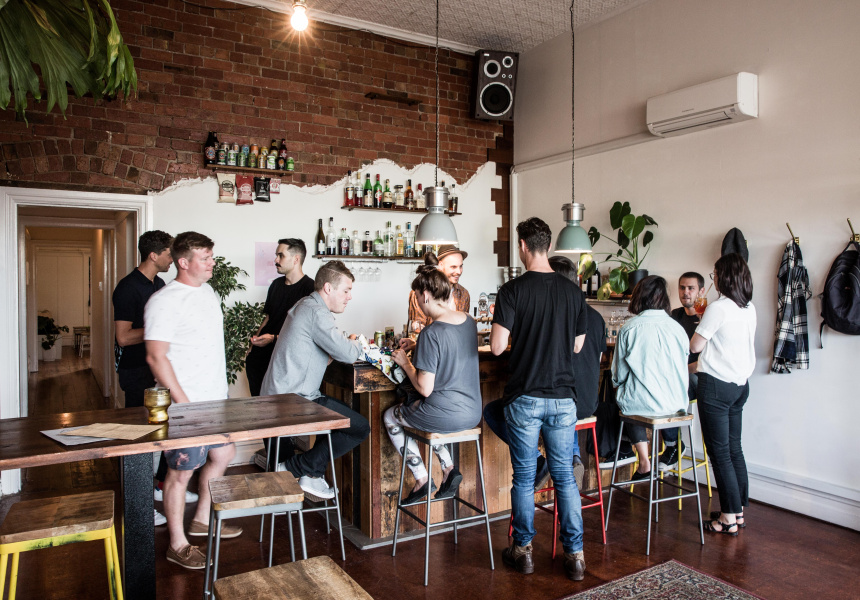 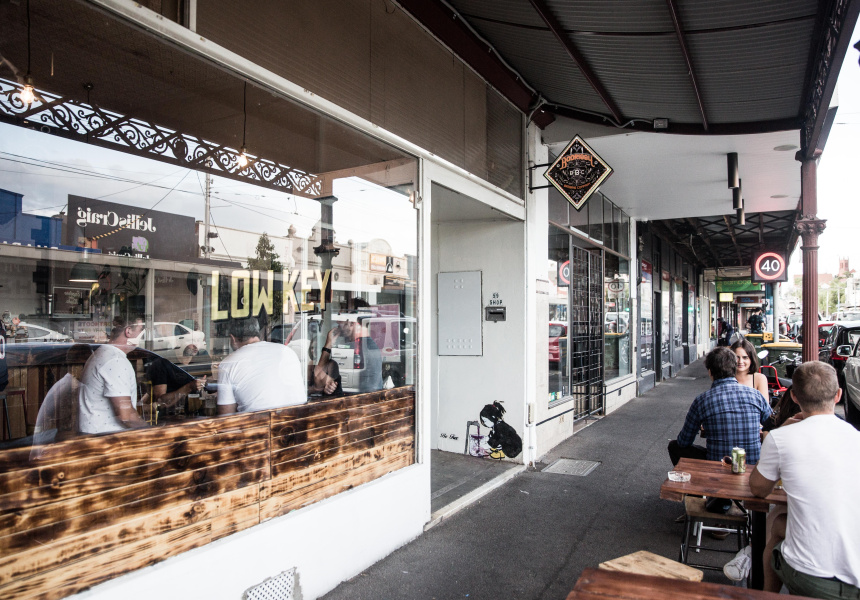 Riccardo Rantino’s first job was working the bar at the Mercat. It’s no wonder that after almost a decade in hospitality he wanted something more low-key for his next venture.

Rantino and business partner (and old school friend) Toby Marsh had been describing their new bar concept as such ever since they had the idea to open a venue together 10 months ago, so the name stuck.

Low Key is Northcote’s new spot for knock-off drinks and not much else. There are two beers on tap: a Bruno Bitter from Abbotsford’s Bodriggy Brewing Co. is the mainstay. The second will change weekly and there are 18 local bottles and tinnies on the list put together by Marsh, the froth connoisseur of the pair. Six rotating wines come from neighbours Samuel Pepys Wine Merchant.

Don’t expect to get a whisky sour here: the menu was designed with “the poor guy at the back of the line of a hundred people who just wants to order a beer” in mind, Rantino says.

“We’ll do a Negroni or a spritz – pretty much anything we can mix up without shakers. Once you open the door to cocktails your back shelf extends ... We just don’t have the space, and it’s not really our style.”

The venue was formerly Rantino’s last business, Myrtle’s Crepes and Coffee. Before that it was a florist. But it’s clear this site was originally a house.

There’s a front room and a back room – complete with mantlepiece – plus a decked backyard with plant beds and festooned Edison bulbs. Faded Turkish rugs over polished floorboards inside give it that extra slug of familiarity.

The space is devoid of knick-knacks or decorations (bar one stag horn fern on the wall), and the fit-out features lots of recycled timber. The bar itself, for example, was made by one of Rantino’s friends out of the building’s former wooden staircase, which they pulled down to build a new bathroom.

“I’ve been here and at the crepe shop for so long I could always see what was on the strip and what was missing. There are always bars but there’s nowhere to just get a knock-off beer. I just felt like the [area] needed something you don’t have to get too dressed up for, you can come with your mates and grab a beer, wine, whatever.”

If you’re hungry, pizza from Primo can be delivered on foot from across the road. 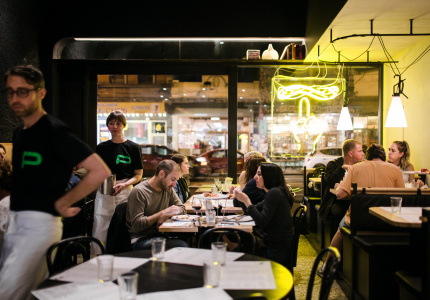