North Side Welcomes Milk the Cow 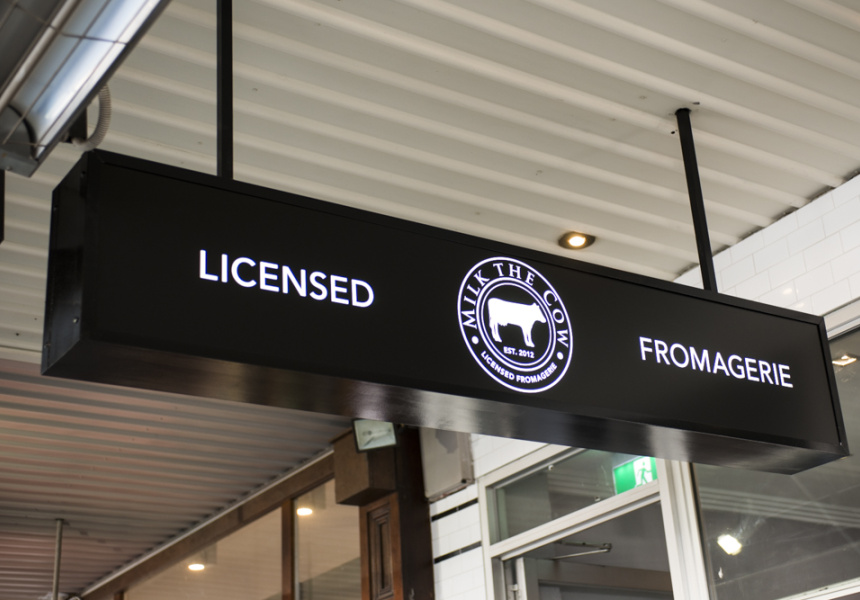 “We didn’t tell anyone we were opening and that night the whole venue was full,” says head cheesemonger, Laura Lown.

Milk the Cow in Carlton comes a couple of years after owner Daniel Verheyen gave Melbourne its first late-night, licensed fromagerie in St Kilda. Now he’s opened a second across the road from Cinema Nova. The space resembles the original but has a second storey (due to open in a few weeks pending staff training). Like downstairs, upstairs seats 40 people, while another 20 can order cheese flights matched with wine, beer, cider, sparkling, whisky or sake outside.

Like St Kilda, Carlton is decked out with electric milking chandeliers and grass-green banquettes, but the north-side store features more timber, copper and hanging bench swings usually reserved for patios. The clincher, though, is the five-metre cheese cabinet.

“We have really unique, unusual cheeses; we have them washed in whisky, covered in edible nasturtiums, matured in Barolo wine barrels, washed in cognac and espresso … and also a really great selection of wines from all over the world,” says Lown. The team will be making the most of its loot in 2015 with a number of events and even a cheese ice cream in the pipeline.

With more than 180 different varieties currently available, we couldn’t help but ask Lown if she believes the old wives’ tale that cheese before bed causes strange dreams. “Cheese dreams are true,” she told us, before referencing a study in the UK. “You have different styles of dreams depending on which cheeses you eat because cheese contains serotonin, which relaxes you.”

Apparently hard cheese promotes dreams about wealth and celebrities, but that doesn’t explain Lown’s dream after opening night. “It had something to do with a talking gorilla,” she said.