North Fitzroy's Pinnacle Hotel "Will Be Back" After Fire

A much-loved Fitzroy pub went up in flames this morning, closing St Georges Road and causing hundreds of thousands of dollars in damages. 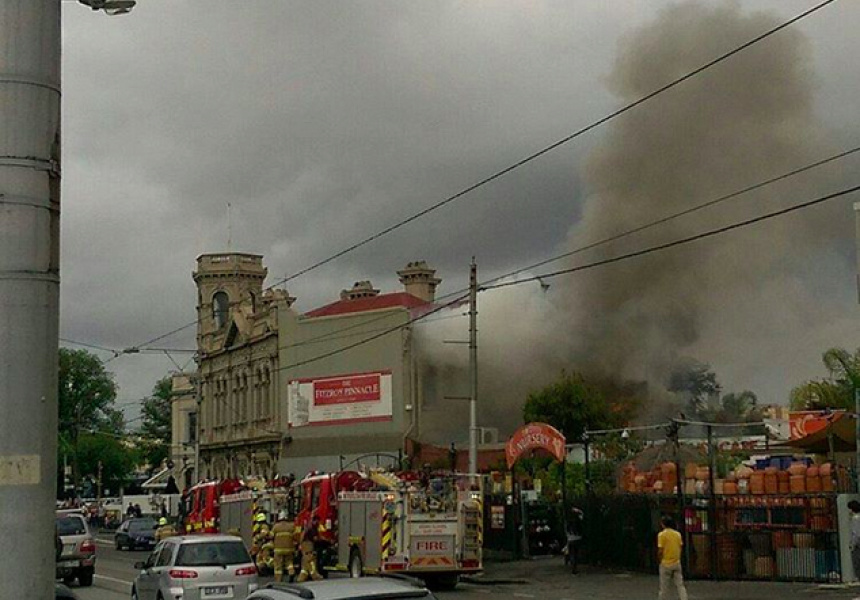 Almost 30 firefighters and seven trucks were called to a large blaze at The Fitzroy Pinnacle hotel around 9.30 on Saturday morning. The pub was closed at the time and no-one was injured, although firefighters needed breathing apparatus during an operation the MFB described as an "aggressive attack."

The fire is believed to have been started by a clothes dryer, and has caused between $150 - 200,000 worth of damage, according to the MFB. Fire crews advised residents to stay indoors and closed St Georges Road, causing traffic snarls across the inner-north. Despite the projected cost, it could have been worse – firefighters managed to confine damage to the ground floor.

For their part, the venue's managers have responded in a fashion that makes you proud to be Australian, taking to facebook just hours after the fire to let their followers know they'd had themselves "a bit of a mischief." In the same post, staff said they will be back "bigger and better", soon.

The Pinnacle is one of the most recognisable venues in Melbourne's northern suburbs, and its chef, Tim Breden, has been described as one of the city's most underrated.