The city’s most-polarising fine diner will shut later this month. 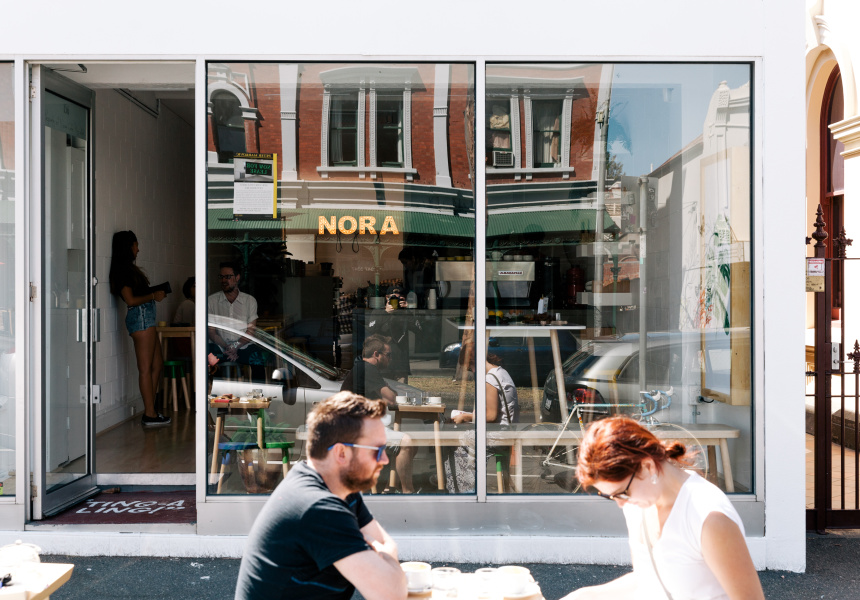 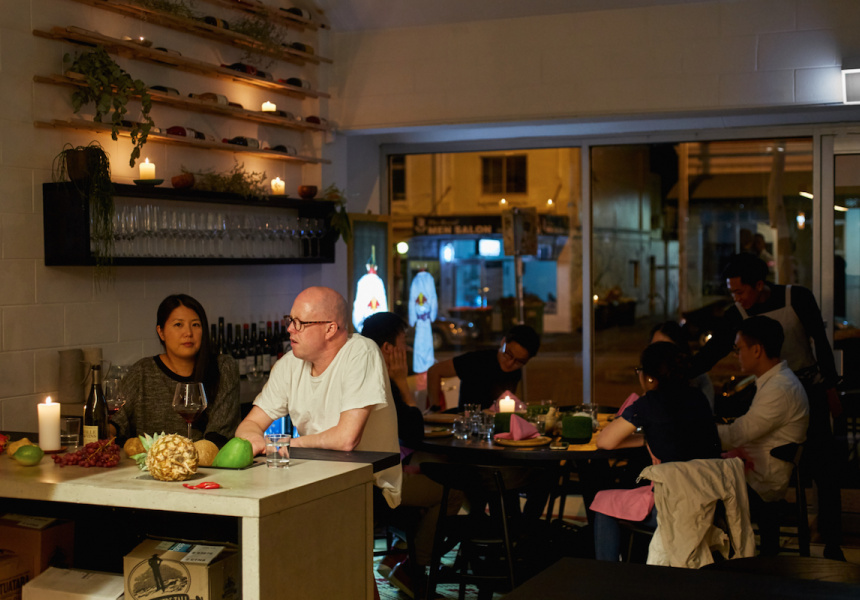 Melburnians. We love slurping pho on Victoria Street and in Footscray. Fighting over the last xiaolongbao in China Town and Box Hill. Wrapping our hands around pizza, tacos, injera bread and all manner of other foods not born here.

But for all our multiculturalism, some things remain challenging for the majority. Congee for breakfast? No thanks. Offal? Yeah, nah.

Nora in Carlton is the latest spot to close for want of more adventurous diners. Thai expats Sarin Rojanametin and Jean Thamthanakorn opened the eatery in October 2014, as a cafe.

The initial breakfast menu was singular: sous vide egg, cooked for 30 minutes and served with a spiced doughnut and chilli paste. Muesli made with durian and lotus root. Salmon topped with coconut, nasturtium flowers and Asian greens.

It wasn’t well received, so four months later the couple switched to multi-course dinners instead.

“When you come to dine with us, it’s a totally different experience to anywhere. The way we interact, the way we present our dishes. And at the core of it, the ingredients and the flavour combinations,” Rojanametin says. “It hasn’t been always 100 per cent happy times, because it’s a very challenging concept for a lot of people.”

He brings up Daft Punk is Playing in My Mouth, a night-time dish of blue mackerel, spicy green-chilli granita, compressed watermelon and black-sesame reduction.

“Some people just really hate it. They’ve never eaten ice as a savoury. They’ve never eaten strong fish like blue mackerel, which is normal around the world. Blue mackerel is well received in Europe, in Asia and Japan. But a lot of the diners here find it too fishy. And paired with chilli ice and pickled watermelon and black sesame … for them it’s like, ‘This is fucking weird.’

“But again, that’s one of the first dishes we created and it got us everywhere [in the media]. And sometimes, people get up and clap from that dish. So we have both sides to it.”

Broadsheet was one of the publications championing the fine diner. Last year we asked, Why Aren’t We Paying More Attention to Nora?, with a caveat: “It’s not going to appeal to everyone.”

“It takes time for here [Melbourne] to accept really new things; things that are totally out of context for what the norm is,” Rojanametin says. “There are a lot of diners here who want a real safety net. We found that at breakfast as well. Everyone still wanted that avocado smash toast, sides, poached eggs – all those things from the copy-and-paste cafes around [Melbourne].”

Nora will serve its last guests on December 30 before Rojanametin and Thamthanakorn move back to Bangkok. They plan to open something new there in late 2018 or early 2019.

The duo came to Melbourne a decade ago to study photography and economics respectively, but both fell into cooking. Thamthanakorn’s black-shelled, coconut-husk-charcoal tarts in particular were a hit at multiple editions of the Flour Market.

“We’re excited to be more exposed to the international scene in Bangkok, because it’s more central,” Rojanametin says. “And we’re really excited to go to the market and see 1000 ingredients that we’ve never used. Because we started cooking here.”