The team responsible for some of Melbourne’s most popular daytime diners is back with a 130-seater cafe on Dorcas Street. 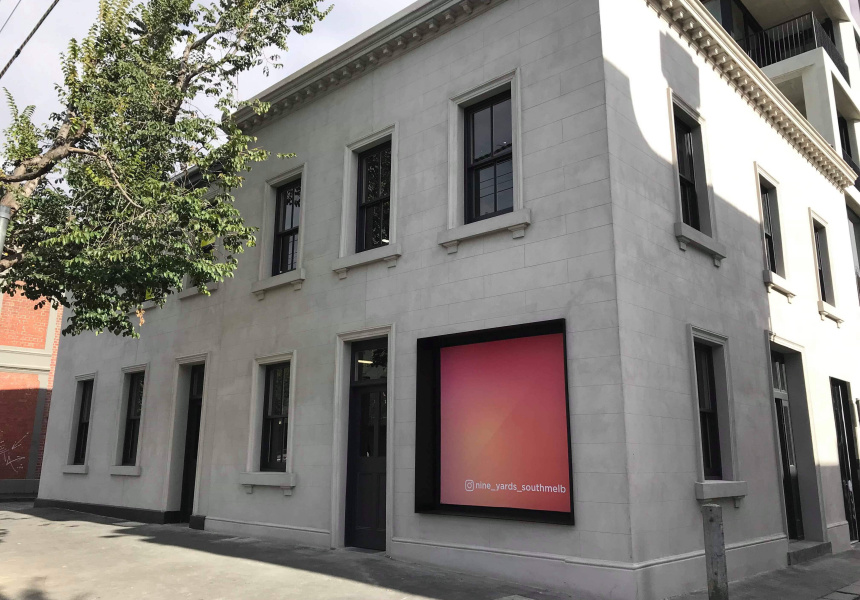 The building at 228-230 Dorcas Street, South Melbourne, used to be a horse stable. It’s exactly the kind of property that appeals to Steve Rowley and his team, who have built some of the city’s most popular cafes including Left Field and Plain Sailing.

“We love the idea of rejuvenating the old and recreating a space to be utilised again by the local community,” Rowley says. “The heritage facade on Dorcas Street wasn’t in disrepair but was something that was very much underutilised for the grandeur and space that’s there.”

The address will be home to Nine Yards, which will be Rowley and partner Matt Vero’s ninth cafe. Over the years the pair has opened Tall Timber, Coin Laundry and Touchwood, then joined with Kerrie Townley to open Carnegie’s Left Field and Elwood’s Plain Sailing. The trio’s latest venture, Port of Call, brought Kenny Oliver on as an owner too. Lydia Hean, who’s currently head chef at Plain Sailing (and began working with the team at Left Field), joins the group as an equity partner for the first time in Nine Yards. She’ll also run the kitchen.

The cafe will occupy the spacious ground floor of the building, with room for about 130 diners. The old two-storey property was recently incorporated into a new residential development by Piccolo (the same group behind Elwood House, where Plain Sailing is located), which sits at the rear of the former horse stable.

“The heritage facade is a lot less open than what we’re used to,” Rowley says of the Dorcas Street frontage. “Typically a lot of our places have big windows, so you can clearly see inside and people get a sense of that welcoming spirit from the street.”

Nine Yards, however, does have large windows running along the side of the building, which look out onto an alleyway.

“So you’ll sit inside, but there will be an inside-outside Melbourne laneway feel,” Rowley says.

Dishes will echo the kind of generous, flavoursome plates found at Plain Sailing.

“Alongside a few classics, Lydia is looking to have a diverse set of influences including highlighting some great native Australian ingredients,” Rowley says.

Golden design studio (the firm responsible for the interiors at cafes Moby and Lenny, and wellness hub Sum of Us) has been picked to design the space, which Rowley says will “complement the exterior with a truly Australian look and feel”.

That means a palette of earthy reds and browns, bright cadmium and forest green, and a style that’s both warm and playful.

Branding studio Willow and Blake has used phrases including “raw, sophisticated fun” and “[an] aesthetic … steeped in tradition, with a modern twist” to describe the mood their menus and signage will conjure. Those design elements will include bold typefaces and subtle detailing.

“The fit-out is going to be Australiana refined. It will feel welcoming, but not gimmicky. Ultimately people will go to Nine Yards for a very local breakfast and lunch experience,” says Rowley. “As we grow as a group we want to continue to push ourselves to bring something new and different to Melbourne. So there's an essence of refinement [here], but it’s very much going to be a locals’ cafe.

“That's our bread and butter – serving the local community.”

Nine Yards is scheduled to open in late August. 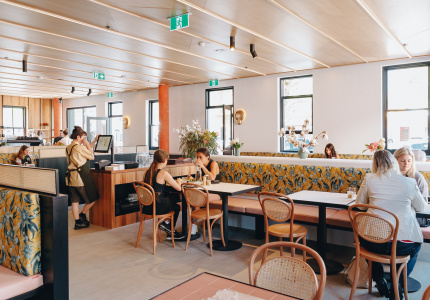