A New World for Starward Whisky

A huge new whisky distillery and bar 10 minutes from the CBD. 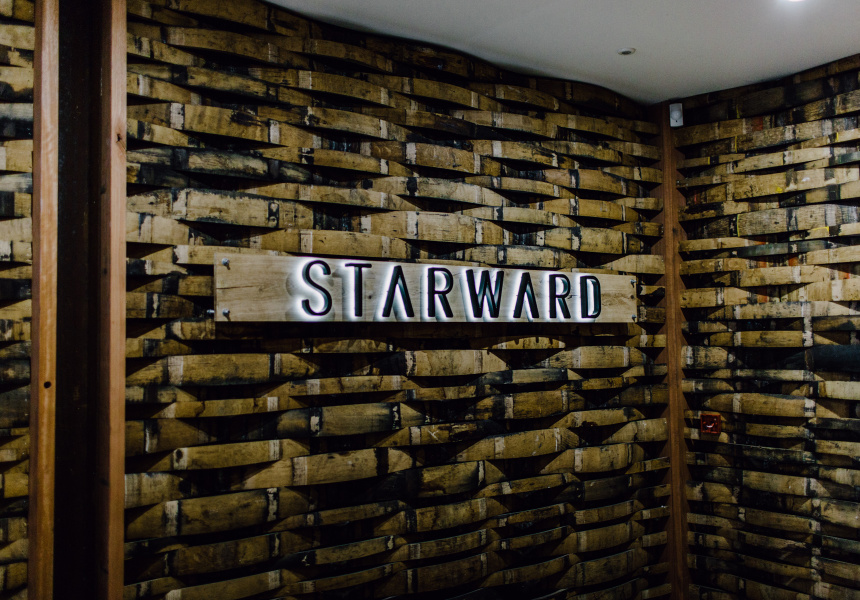 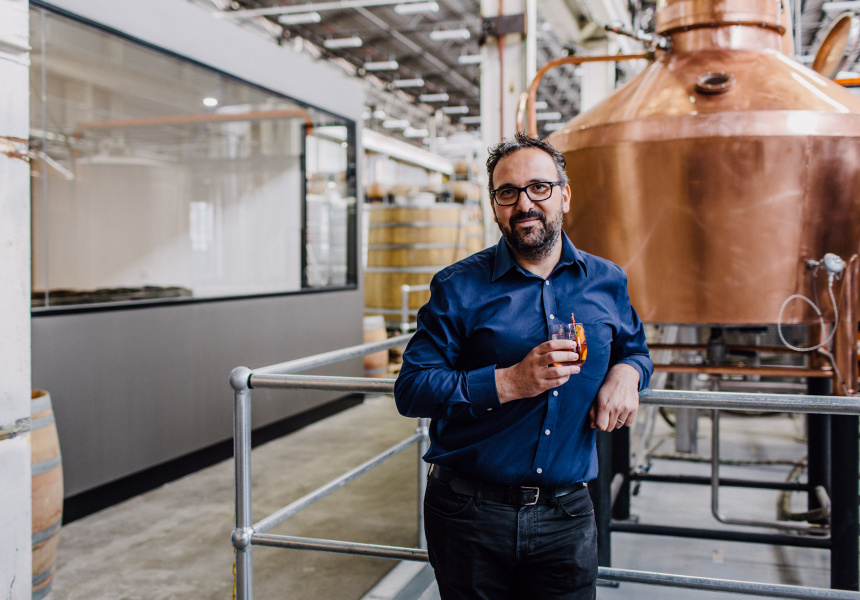 Melbourne’s own Starward Whisky has shifted from its airport hangar in Essendon Fields to shiny new digs in Port Melbourne. It’s a move founder David Vitale hopes will make the distillery more accessible to local fans.

“Being at the heart of Melbourne is what we stand for,” says Vitale. “Melbourne-made whisky is a thing.”

Starward’s new premises opened on Saturday November 26 and is four times larger than its previous operations in Essendon Fields. In full flight, it pumps out 1000 litres of spirit a day – that’s 2000 bottles of whisky.

According to Vitale, the maturation process in Melbourne gives Starward’s whiskies their distinct flavour profiles. Whereas Scottish or Irish whiskies take perhaps eight, 10 or 12 years to mature, whiskies distilled in Melbourne are ready to be bottled after two-and-a-half to three years.

Traditionalists hold that long and slow maturation of whisky is the gold standard, but Vitale says that just doesn’t work in Melbourne’s climate.

“In Scotland they have five days of summer and the rest of the year is winter, whereas here, we have four-seasons-in-one-day,” says Vitale. “We’re not saying we’re better or worse, it’s just that in three years we can get a distinctive colour and character out of our whisky – which would be nearly impossible to get out of a product in Scotland – because of our climate. And that’s our reason to exist. One of the things we learnt very early on is that you can’t out-Scotch Scotch.”

The effect of Melbourne’s four-seasons-in-one-day is that the spirit in the barrels is constantly expanding and contracting, enabling it to extract flavour from the barrels and evaporate any harsh alcohol at a faster rate than in more climatically stable regions.

Starward’s two main offerings are its solera and wine-cask editions.

Its wine-cask edition uses barrels that used to house Australian reds. Drinkers can expect this whisky to take on some berry and spice characteristics generally associated with bold Australian reds. It’s this whisky that won a double-gold medal at the San Francisco World Spirits Competition earlier this year and also an award for the best Australian single malt at the 2016 World Whiskies Awards.

At Starward’s warehouse there are 2500 barrels containing around 350,000 litres of whisky. Visitors will be struck by the scale and sophistication of the operation. A 20-tonne silo sits next to the warehouse and is fed with malted barley from Ballarat. It’s important to note this is brewer’s barley usually used in beer production, not distiller’s barley. This contributes to Starward whiskies’ rich amber colour – and also ruffles the feathers of traditionalists.

There’s lots of other equipment too. All massive. And shiny. A hosted tour of Starward ($10) will reveal their proper names and functions, and also allow you to taste the product along its journey.

At the mid-point of production, the liquid that ultimately becomes whisky is effectively a beer with about 8 per cent alcohol content. Visitors on a tour get to taste this. “I have a very firm view that a craft-beer drinker is a Starward drinker. They just don’t know it yet,” says Vitale.

Indeed, Vitale, who fled corporate life in the mid-2000s, originally envisioned opening a craft brewery, but after realising “good beer doesn’t travel well”, the world of whisky was unlocked to him.

He started the company New World Distillery and looked for investors because whisky-making is a capital-intensive process. Recently global alcohol company Diageo also invested in the business. This will help Starward expand and strengthen its reach in overseas markets including the UK and the US.

Local drinkers can find stockists here, but it’s more than likely they’ve already seen Starward at establishments such as Whisky and Alement, Boilermaker House, Heartbreaker, and virtually any restaurant worth its malted barley.

But if you want to drink Starward’s whiskies within touching distance of where they are made, head to its new distillery in Port Melbourne. Vitale, whose favourite whisky cocktail is a Manhattan, says, “We’re big fans of cocktails. The market for people with a tweed jacket on, fireplace in the background, with a pipe in their mouth, drinking it neat, is very narrow.”