It’s from three ex-Ezard and Longsong staff members, and a Mornington farmer. 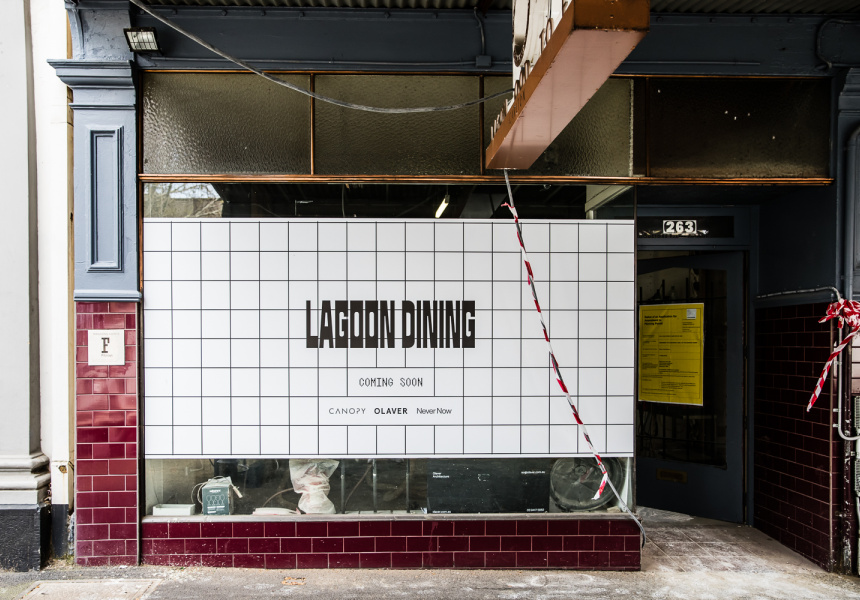 “[Lagoon Dining is] a different mix in what is traditionally an Italian or European-driven area, but we’ve had a really good response from our neighbours, who are generally Italian,” says Lerch. “We’re not a super serious restaurant.”

Long-time Ezard customer Susan Wyles is the fourth business partner. Her farm in Mornington grows garlic, citrus and other fresh produce that will be used on Lagoon Dining’s sharing-based menu. Dishes being developed include beef tartare with pickled shallot, coriander and a Chinese doughnut; charcoal-roasted char sui with a spring onion relish and tare; and house-made dumplings with pork, cabbage, chilli and Chinkiang black vinegar.

“You don’t have to come in and have a reservation and sit down. If you just want to stop by for a snack and a glass of wine, you can do that too,” says Lerch.

Sommelier Ben Skipper’s (formerly of Vue De Monde, Estelle and Saint Crispin) drinks list is a mix of global and international wines such as small-production white wine Ube Miraflores Cota 45 from the south of Spain in Sanlúcar – an area traditionally known for its sherries – and any bottle of wine can be bought by the half, too. You’ll also find Asian-inspired cocktails such as a highball with sake, lemon curd and tonic, or a house spritz with umeshu, sparkling wine and yuzu soda.

The old interior of the Lygon Food Store has been ripped out, exposing the original brickwork hiding under the plaster. Olaver Architecture and Melbourne design studio Never Now have designed a space that’s not too plush, but still warm and intimate. There are yellow features throughout mixed in with black Zimbabwean granite, Tasmanian oak and brass.

Lagoon Dining is due to open from 5pm on Friday November 8 at 263 Lygon Street, Melbourne.