Old-World Charm and Cocktails in Fitzroy

The old-world charm remains, but now you can get closer to the action. 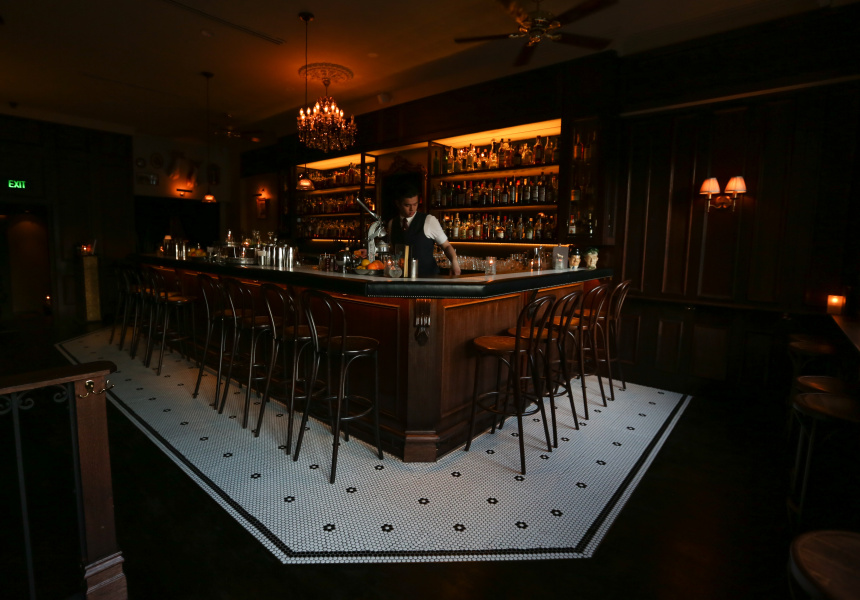 “The Everleigh has always been happily successful, but we never felt it had reached its full potential,” says Michael Madrusan, co-owner of Gertrude Street’s newly renovated classic cocktail bar The Everleigh.

It’s the first makeover for the bar, which has stayed at the top of the cocktail scene, both in Australia and abroad, since opening in 2011. This year the team received international recognition with a nomination at the Spirited Awards (the Academy Awards for bartenders) for Best International Cocktail Bar.

It’s more of an evolution than a complete change of aesthetic, but Madrusan says the revamp was a significant job, working with Melbourne carpentry outfit Two Planes on the new layout. The entire bar (including the family heirloom chandelier, floor tiles and the iconic vintage register) has shifted approximately two metres from the window to grace a central position in the room.

Prior to the renovation, The Everleigh encouraged table service, with just six stools at the bar.

“This refurbishment was really about listening to our customers, who wanted a more social space and more interaction with the bar,” says Madrusan.

Now, the number of stools at the bar has doubled and room has been made for a communal standing area alongside two large windows. In summer, these windows will open up and allow the light to become a strong part of the bar’s vibe, a departure from the low-lit speakeasy feel the bar has been operating under.

Since the change, Madrusan has already seen the effects of a more approachable and interactive bar. “We’ve seen an increasing number of female customers who feel comfortable popping in for a Martini on their way home from work, solo. I’m really proud of that,” he says.

The Everleigh’s much-loved aesthetic of old-world elegance and European opulence has been carefully preserved in the renovation. New additions like a padded leather bar rail, which was upholstered by Madrusan’s mother, reinforce the charm.

Materials such as Tasmanian and American oak soften the space, as well as the use of contrasting marble to reflect light.

“It's all about the details and making our guests feel better accommodated,” says Madrusan. “A lot of time was spent on lighting and finding the right balance of elegance and warmth.”

Slinking through a velvet drape to the side of the bar you’ll find a new private room with seating for 12 to 15 guests.

“This is great for groups that are too big to fit in the booth seating, but too small for the grand Elk Room,” says Madrusan.

There have also been some changes to the menu, with the introduction of aperitif and “Cocktail De-Luxe” menus accompanying some particularly rare spirits.

The Everleigh will also be open earlier at 5pm daily.

“Our main priority was to ensure our regulars felt like The Everleigh was still their bar, and I think we have achieved that,” says Madrusan. 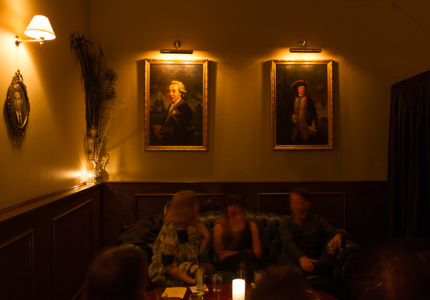 First Look: Get a Torres Strait Islander Feed – With Shared Plates and Plenty of Seafood – When Mabu Mabu Big Esso Opens This Saturday