Now presiding over the lavish Mornington Peninsula hotel’s fine diner is an Aussie chef known as much for fine-dining finesse as for fried chicken. It’s out with the set menu and in with a theatrical dining experience that “rewards customer participation”, and features a native spin on bolognaise and reimagined surf’n’turf. There are changes afoot at Jackalope, the lavish 46-room hotel that opened on the Mornington Peninsula in 2017.

Its award-winning fine diner Doot Doot Doot – which sits alongside Rare Hare, a warm, communal restaurant with views across the 11-hectare vineyard, and Flaggerdoot, the hotel’s bar – has a new executive chef, Simon Tarlington.

No stranger to the peninsula, Tarlington was most recently head chef at the sprawling Paringa Estate in Red Hill South, and he’s also co-owner of fried chicken and rock’n’roll bar Wowee Zowee in Mornington.

Before that he headed up The Highline, a fine-dining experience at Windsor’s Railway Hotel. And he’s also worked under celebrated chef Peter Gilmore at Quay in Sydney, where he earned a nomination for Young Chef of the Year at the Appetite for Excellence Awards.

Moving to Doot Doot Doot, Tarlington’s doing away with the set menu in favour of a customisable tasting menu (with à la carte entree, main and dessert options), plus playful snacks and sides.

He recently took five with Broadsheet to chat about his new role, his culinary background and what he has planned for the flashy fine diner (the ceiling of which is covered in 10,000 golden, undulating lights to represent a wine mid-ferment).

Why did you decide to join Doot Doot Doot?
Jackalope is such an ambitious hospitality project and … its culinary program is firmly established and of a very high standard. Taking the helm of Doot’s kitchen has given me the opportunity [to] push my creative boundaries and shape an entire dining experience.

Do you have any plans or ideas for your new role?
We’ve challenged ourselves to reimagine the Doot Doot Doot experience – injecting fun into the fine dining and finding that balance between approachable and occasional. The à la carte elements of our tasting menu and accompanying wine experience are designed to allow every customer to have an individual dining experience.

Will you bring along any dishes or ideas you’re known for?
Doot Doot Doot is completely different to the restaurants I have come from (most recently Paringa Estate, The Highline). So, while my food philosophy – showcasing fresh Australian produce, native and farmed, with a strong focus on local suppliers – hasn’t changed, I’ve challenged myself to present entirely new dishes.

Will we see any cool dishes or ideas?
I don’t want to give too much away, but the menu concept is interactive and rewards customer participation. It’ll add an element of theatre to the dining experience. The dishes I am most excited about include a play on bolognaise (using wallaby), and reimagined classics like fish’n’chips and surf’n’turf. 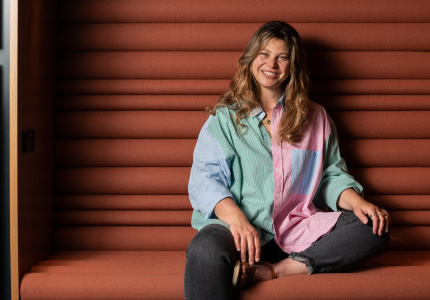 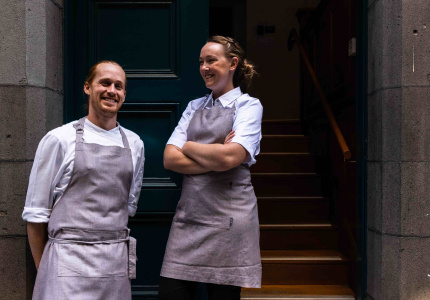