After only a few months at its fine diner Laura, the Spanish-born chef is taking over from the formidable Phil Wood to oversee all three of the the grand winery’s venues. 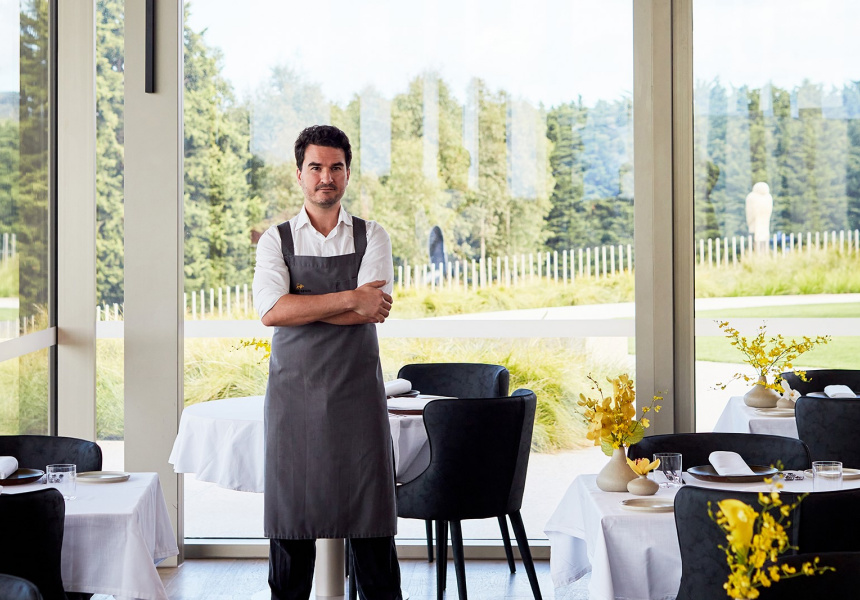 Last month he announced his departure. Taking over his position is Laura’s Spanish-born sous chef Josep Espuga, who’s worked in Michelin-starred restaurants around the globe but has called Australia home for the last 10 years. He’s worked closely with Wood over the past few months, helping to relaunch Laura in the aftermath of Victoria’s extended lockdown.

“Phil is a great chef and we found many synergies, such as our classically inspired training and admiration for chefs including [early 20th-century French chef Auguste] Escoffier and [French restaurateur and author] Michael Bras,” he says.

Before he officially took the reins yesterday, Espuga had a quick chat with Broadsheet on his new role, his culinary background and what he has planned for the grand estate.

You’ve been with the restaurant for a few months now. What role did you have and what’s your new job title?
I started in December 2020 as the executive sous chef of Laura and have now been appointed as the culinary director of Pt Leo Estate.

Can you tell me a little about your previous experience?
Originally from Catalonia in Spain, I’ve been lucky enough to work at restaurants around the world, including Mugaritz, Nahm and New York’s Degustation. My experience at La Broche in Madrid, where I worked with El Bulli alumnus Sergi Arola, definitely fuelled my desire to cook around the globe.

I’ve also been involved with Etihad Airways, where I helped with the curation of the first-class menu and focused on guest satisfaction, keeping up with the airline’s high standards.

I’ve been in Australia for the past decade, most recently at Pretty Little in Melbourne and The Bohemian at South Wharf, and have also managed teams and multi-venue dining at destinations such as the Yacht Club in Hamilton Island, where I looked after Bommie Restaurant as well as high-end events and functions. Ten years later and I’m still loving living and working here in Australia.

Do you have any plans or ideas for your new position?
I am proud to be taking on the mantle of running such an incredible destination, and look forward to meeting and showcasing even more producers and farmers on the Mornington Peninsula. Autumn is my favourite season for produce, and I am already working on dishes showcasing local mushrooms.

Constantly developing and training our team is also a priority for us at Pt Leo Estate. Our kitchen is almost becoming a cooking school, where there are many opportunities for our employees at all skill levels, and we are excited to continue to watch them develop. 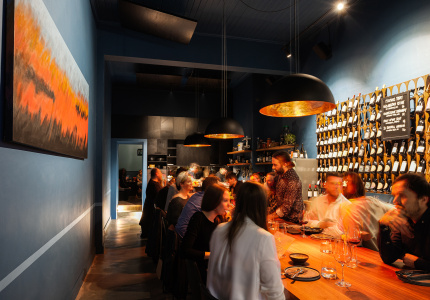