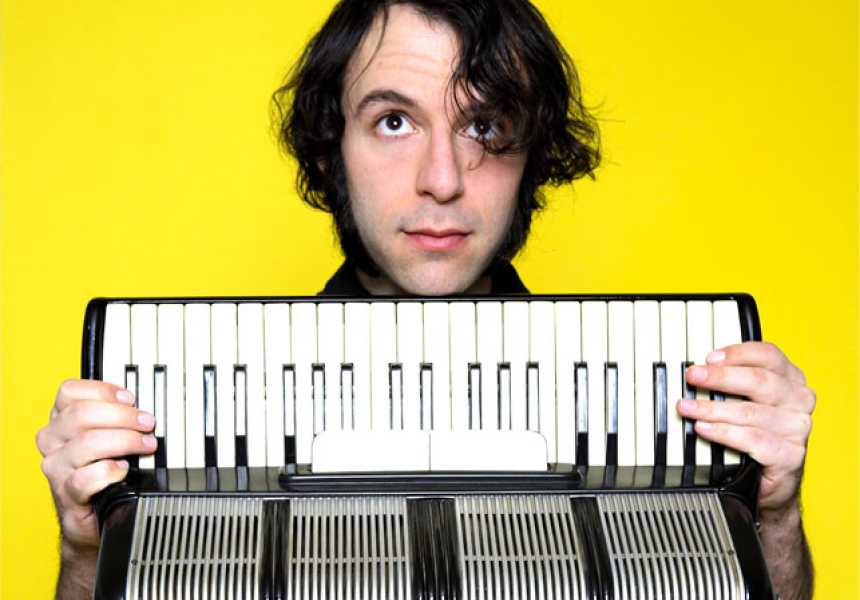 According to Alfred Darlington, the frighteningly articulate, incredibly charming fellow behind the amorphous musical entity that is Daedelus, sitting down to make a beat can prove a terrifying experience.

“It’s completely scary,” he urges. “You sit down at this computer or whatever else and you can either make a genre piece – something that you’ve heard however many times and that is safe – or you can go into a territory where there’s no rulebook, and that’s scary territory.”

“If you’re writing a rock song, you know there are going to be some guitars in there, and if not guitars then probably a piano, and you’re probably going to sing something that can speak to a 14-year-old girl or a 15-year-old guys,” he laughs. “But if you move outside of those tropes, things can get pretty wild. “There is no algorithm for art.”

Darlington would know. Across a decade-long career, the 34-year-old has made a name on the back of his lateral excursions through abstract hip-hop, orchestrally-challenged electronics and various strains of positively bonkers sound-craft, whether playful, avant or both.

“There’s so much music out there that we’re so drowning in sound,” he says, chatting from his home in Santa Monica on the eve of his Australian tour, which sees him play KUBIK tonight as part of Melbourne Music Week. “So I want to make sure I express some genuinely new and different thoughts and ideas, and I don’t want to waste people’s time. We have so little of it in some ways.”

Indeed, Darlington – whose recent Bespoke album for Ninja Tune follows a cavalcade of releases for some of the world’s most prestigious boutique electronic labels such as Soul Jazz, Warp, Stones Throw, Alpha Pup and Flying Lotus’s Brainfeeder – operates on a different plane to most. Genre and categorisation be gone. “If you just decide to ignore all the discourse around genre, it really doesn’t exist,” he muses. “It’s an invention of talented writers and music critics and people who are putting their reflection on it. If you’re there at a club and you’re really feeling it, I don’t think you really care about the name of what you’re dancing to.”

It might seem an unlikely statement from a guy who studied classical and jazz music at a university level. Darlington, however, sees as many similarities between the more traditional forms and electronic music as there are differences.

“If you listen to a Charlie Parker solo, you could write dissertations on the amount of material he’s quoting from other melodies and other players who were around him,” he says. “Which is really quite similar to the idea of sampling. It’s part of his genius.”

There is, however, one particularly stirring distinction – a little something Darlington frames as “synthesis”. “Through the synthesis you can achieve via electronic music, you can really go new places,” he urges. “You can combine together an orchestral melody with a break beat and you can fundamentally go some place that was unimagined by the originators of the sampled material – the sonority is mixing in ways that can’t be predicted.”

And it’s this limitless potential that drives the man who dubs himself Daedelus. “There’s research now that suggests that some choral music or organ music, part of its power is that when it’s done in these huge spaces – these cathedrals, these synagogues, these shrines – it actually resonates in certain parts of your body that produce euphoria and dread,” he laughs excitedly. “It’s that idea of synesthesia, the mixing of the senses.

“There’s this crazy physical component that we’ve been repeating for millennia, but maybe not understanding and now we have the technical resources to do it at will.”