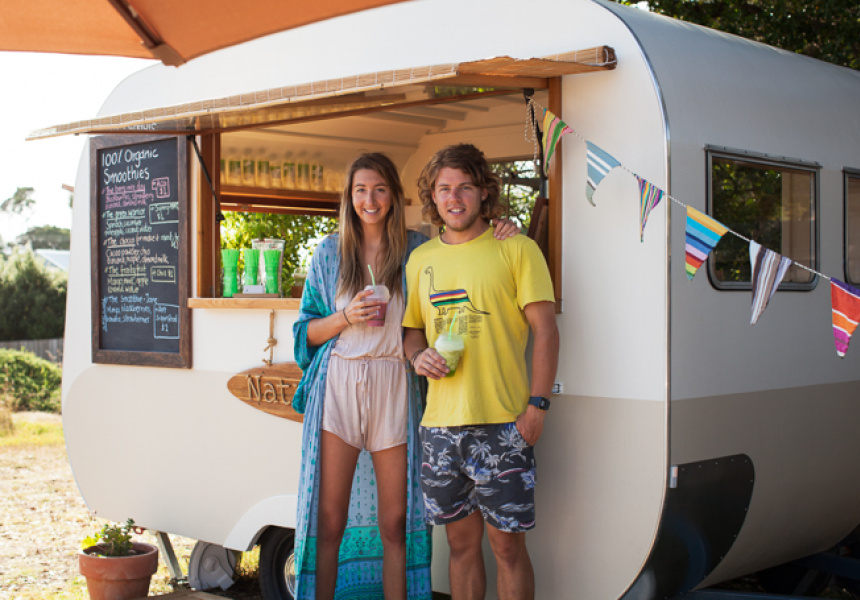 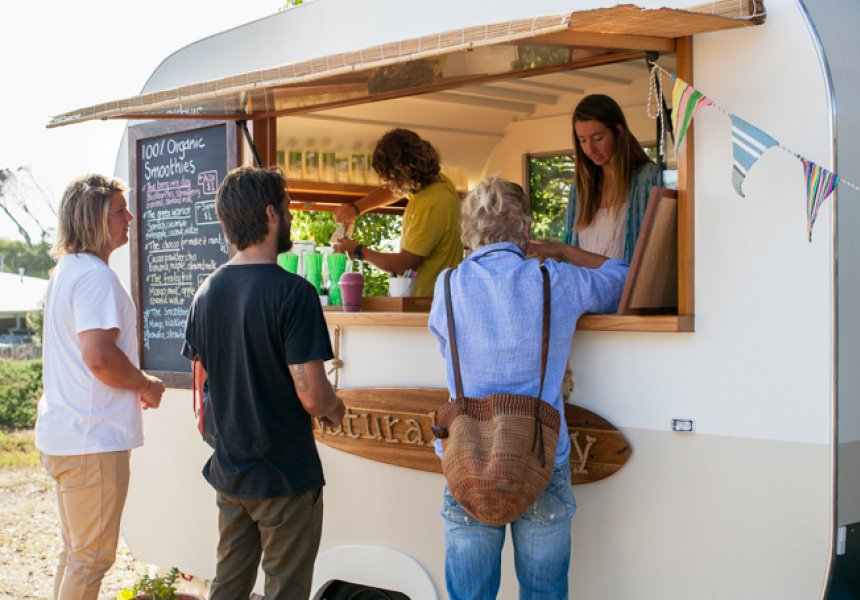 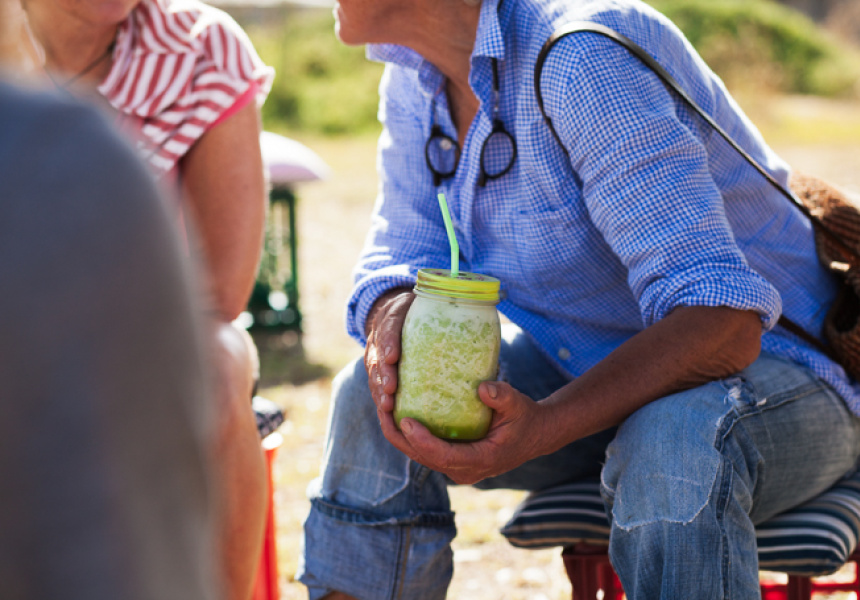 “It’s 100 per cent organic, so things can change a bit, but we always have versions of these,” says Birrell of her raw, vegan, gluten and dairy-free offerings.

Though the summer season in Barwon has now come to an end, Natural Harry will be open at the Little Creatures Brewery Market in Geelong staring this weekend – Sunday April 13.

“The smoothie side of the business is very seasonal and so we’ve closed down the caravan on the hill and will be expanding into doing raw desserts wholesale during the colder months,” says Birrell, who also has plans to build a Natural Harry HQ, recycling and renovating an old shed at Wallington on the Bellarine Peninsula.

“We are considering opening at the Rip Curl Pro or back in Barwon Heads for Easter and hoping to make the raw desserts available in select cafes over winter (when smoothie season is over),” she says.

In the meantime, Natural Harry will be at the Little Creatures Brewery Market in Geelong the second Sunday of every month and back on the block (in Barwon Heads) next summer.