My Disco Change Their Tune

On the eve of their album launch, we chat with My Disco’s Ben Andrews about the electric Melbourne trio’s ever-shifting sound. 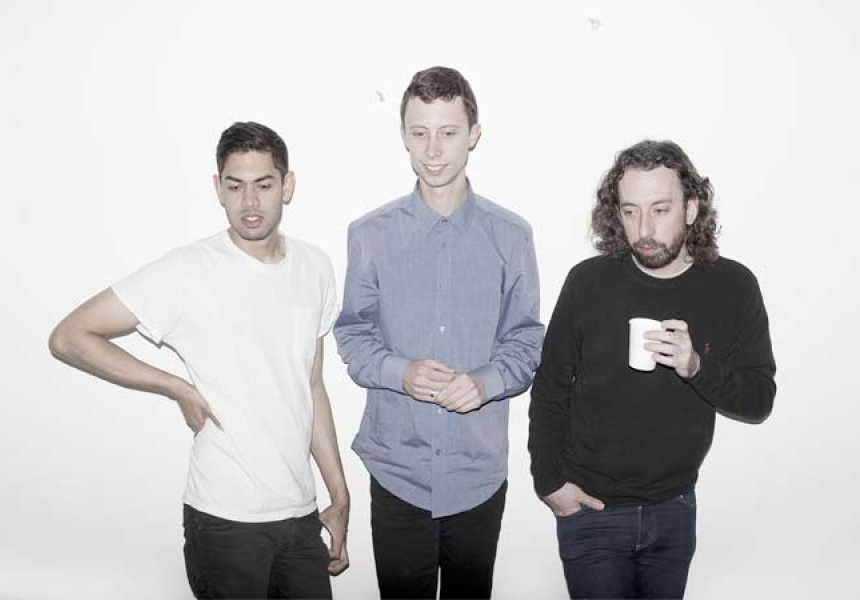 Rising out of the city’s underground in 2003, My Disco have fashioned a reputation as one of Melbourne’s most uncompromising acts. Manned by bassist and vocalist Liam Andrews, his elder brother and guitarist Ben and drummer Rohan Reibero, the trio’s reduced, economised and serrated explorations post-punk and abstract rock have made them one of our most internationally heralded and heavily toured bands.

But their layered, surprisingly melodic third album Little Joy – which follows on from the Steve Albini produced Paradise (2008) and visceral noise attacks of debut Cancer (2006) – sees the band add a new sense of colour and sophistication to their sound. We spoke to Ben Andrews about all things My Disco on the eve of their hometown record launch.

DR: The outcome of Little Joy will come as something of a surprise to most listeners. Does that reflect a similar difference in process?

BA: We just wrote it in a way that we could just kind of feel it out as we went along. Instead of writing all the music and then working on vocals, Liam pretty much jammed with us vocally, so it became a lot more like another instrument rather than something over-the-top. A lot of the songs had been in the works for a long time, like we’d probably been playing a version of Young for about two years.

It took me a listen or two to kind of get my head around the vocals. It’s a much softer, comparatively melodic approach.

Yeah, the vocals are a lot more melodic and lot more present and a lot more thought out, which sounds really cool to us when we listen to it back. Now when we rehearse, we rehearse with heaps of vocals, where we never used to. We used to just worry about it on the night. But yeah, we’re really happy with it.

Compositionally, the record seems as loose as ever, but the songs are really full sonically.

Yeah, I guess it’s different tonally from song to song. We changed the sounds around a lot depending on the songs. With a lot of them, we had the basic structures down and loose ideas, but with heaps of room to move. So when we listened back in the studio we could really explore some wider ideas.

Do you see this record as having opened up a new palette of possibilities for you guys?

I’m not sure where we’d go after this, but it’s definitely opened things up into this more expansive, mellow thing. But who knows what will happen next. I was just listening to some live stuff that we did in the US before we’d done vocals – so the raw side of the recording – and it was quite obvious that we’d moved on from that kind of sound in the six months since. So we always seem to be ever-changing.

Tell me a little about the cover art. You’ve used Nathan Gray and Warwick Baker in the past. Who took these photographs?

They’re by this Swiss photographer, Rasmus Norlander. He’s like an architectural and field photographer who Liam came across when he was living in England over the European summer. His work was awesome; a lot of it was actually really bleak Scandinavian imagery and really cold, clinical architectural stuff. But the stuff for the record was just really different.

The imagery is almost opposite to Warwick’s work, which is far more spacious and kind of gritty and Australian in a way. This, on the other hand, is this really close, almost claustrophobic crop of a really textural rock face.

Yeah, it’s just like a block. We were looking at a lot of the other stuff and we were thinking that maybe we would use this kind of bleak, snow-covered imagery. But it was a bit too bleak for the way the album sounds, because the album, to me, doesn’t sound bleak. There are parts that are relentless, but for us it’s still a very warm record.

There seems a real emotional dynamic to Little Joy.

Yeah, for sure. These really sound like songs in a more classic sense – instead of these kind of rigid compositions that weren’t even like songs, but just blocks of sound – even though these are in no way classic rock songs with verses and choruses and what not. Although we’ve never done anything like that, I’ve always admired the people who can write straighter, pop material. We’ve always been a bit more left-of-centre. We hardly ever go back to things and so on.

It seems to me that you guys are really process-driven in that sense. You seem to create things and realise directions by just working and working and nutting things out.

Yeah, we’ve never been a band in which one dude brings a song in and we learn it and then eventually play it onstage. It just happens in the room.

That said, in retrospect, do you attach certain songs and their meanings to certain periods or events in your life? Is there a kind of post-rationalisation process in that sense?

Not really. I mean, I know Liam does, especially with the kinds of vocal imagery he creates. But musically, I really don’t feel that the songs are tied down to any specific event or feeling. They’re just kind of free in a way.

How will all these changes translate to the live setting?

We’re playing it as the album is sequenced, because we just love the sequence and love how the album comes together as a work.

Also, a lot of the songs have changed since we recorded them. Some have got way more expansive and some have had little parts added to them, so it just keeps it really interesting in that we’re never playing to the same formula.

Little Joy is out through Shock.