Some serious spice is delivered by If You Are the One's all-too-clever host, Meng Fei. 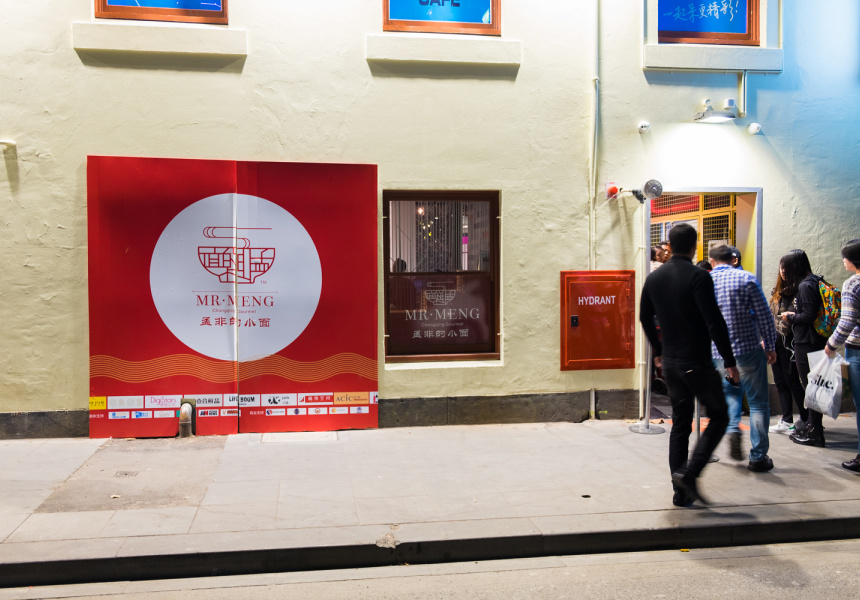 Every single episode of If You Are The One has a viewership of more than 50 million. The cult Chinese dating show revolves around one hopeful male suitor, who presents himself before 24 single women in the hope of scoring a date – while host Meng Fei mercilessly roasts him.

Meng Fei, or "Grandpa Meng", is integral to drawing such a huge audience. He’s renowned for churning out quick-witted insults on the show. Infamous lines include "Can we ask him simple questions? His IQ is low”, "The girls are more interested in puppies than you” and “Learn how to tell a story or people will fall asleep listening.” Ouch.

Meng, born in the south-western Chinese municipality of Chongqing, opened Mr Meng Chongqing Gourmet in Nanjing, where he relocated with his family when he was 12 years old, in 2014. The noodles at his restaurant are almost as spicy as his insults. Now the chain has opened its first international store, in Melbourne.

“I like Australia, and I happen to have a very good friend based in Melbourne,” Meng says. “It’s not your typical tourist city, but extremely liveable – which is why I chose it as the first Australian location for Mr Meng.”

Opening in Melbourne's colder months has not stopped the crowds from flocking to Mr Meng. At night, the restaurant is always busy, and visitors are hit with the strong aroma of chilli oil. It’s a petite venue, with booths, timber tables and banquettes seating two and four, all surrounded by a warm palette of reds, purple and tan.

Despite the hype, Meng’s menu is quite affordable. The signature Chongqing spicy noodles, a braised pork rib noodle soup, and wontons in spicy soup all come in at under $15. A collection of imported Chinese soft drinks and tea is on offer. “When it comes to day-to-day preparation, I don’t have much involvement. But I do assist in forming the menu,” he says. “My favourite dishes, including burning dry noodle, and noodles with peas and pork mince, had to be on there.”

Helpfully, dishes have a codified spice rating from one to five stars. Chongqing, famous for its hotpot, churns out some of the spiciest noodles in China. And we really mean it: even the one-star dishes at Mr Meng have quite the kick.

Melbourne is but the first city to feel Mr Meng’s burn. Its founder and namesake is betting his noodle shop will be as popular as his show is. “I plan to open stores in Sydney, Brisbane and Perth over the next year. I also want to open stores in the United States soon.”

If you want to see Meng Fei in action, If You Are the One is on Monday to Friday at 5.35pm, and Saturday and Sunday at 7.20pm on SBS Viceland.