The folks behind Huxtable and Huxtaburger have opened a lobster roll pop-up at their home base on Smith Street. And today only, they're half price. 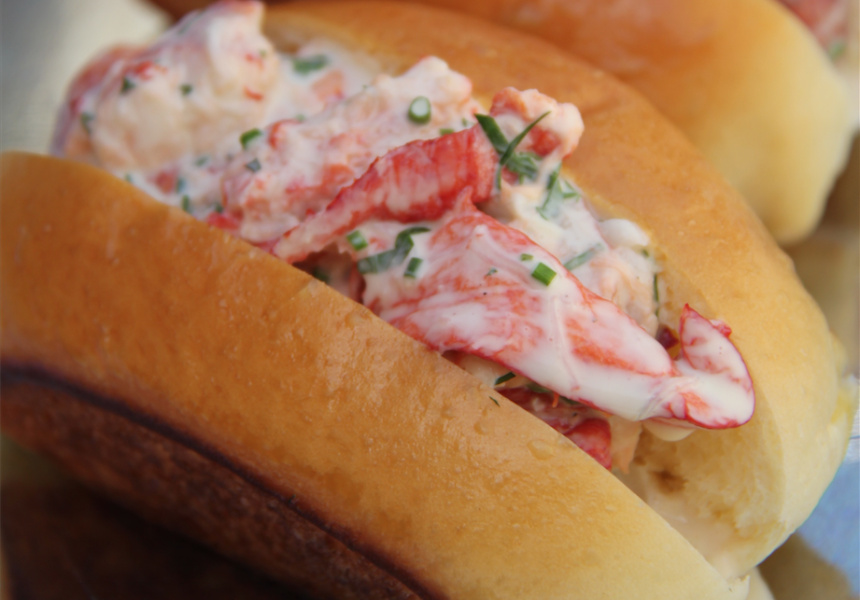 They called it Mr Claws. A soft roll filled with sustainably fished lobster meat and a choice of three sauces: miso and wasabi, Sriracha-spiced mayonnaise or buttermilk ranch. They gave Mr Claws a trial run at Taste of Melbourne, and needless to say it was rapturously received. So well received that they've given the roll its own home.

The (temporary) home is 104 Smith Street, and the "they" in question is the team behind Huxtable and Huxtaburger - Daniel Wilson, Dante Ruaine and Jeff Wong. The trio noticed the popularity of similar buns in parts of London and wanted one in their fold.

Mr Claws' pop-up has just opened in the space next door to Huxtaburger, and along with the main dish there's a range of drinks including beers, Pimms and Gordons Elderflower spritz. As for Mr Claws, the roll costs $12. An extra three dollars will get you straw potato chips and pickles, but for today only, you can get your roll for half price.

Even if you can't make it today, you'll have to be quick - Mr Claws is a limited-time-only deal, with the pop-up open 12–3pm and 5–10pm until Friday November 21. Then it's gone for now (but will return over summer).

Updates on the duration of the pop-up can be found on the Mr Claws Facebook page, but while the team are considering more permanent sites for 2015, our advice is to get your skates on.