Movies at the Winter Night Market

Wednesday nights at Queen Vic Market get even better with the addition of cheese, wine and cinema. 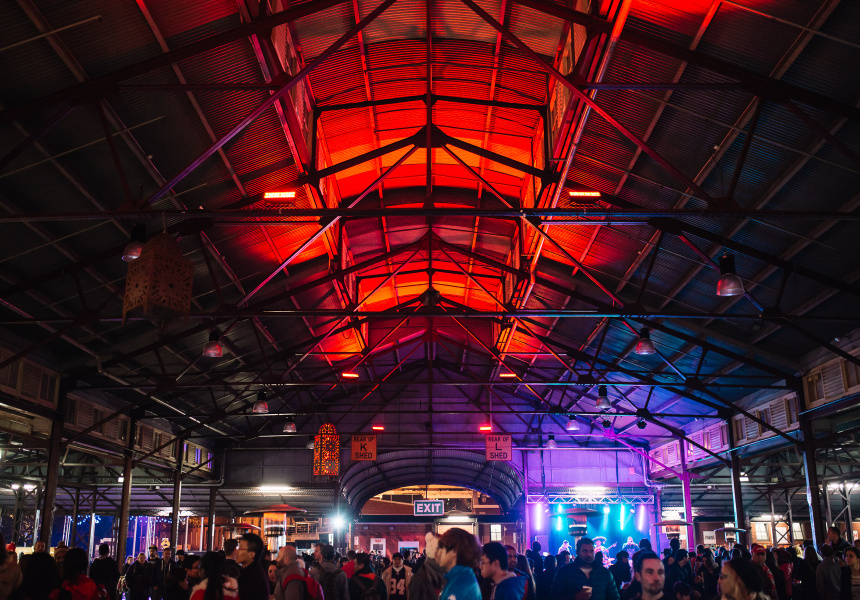 The Night Market’s recent return has made winter in Melbourne a little bit more bearable.

In summer, Wednesday nights meant lounging around the Queen Vic Markets sipping young coconuts. This time of year your best bet is grabbing some hot cider from Those Girls Iced Tea and snuggling up at the market’s free pop-up cinema.

Based in Shed L&M, the Winter Night Market Cinema will feature a line-up of short films curated by PBS FM, Speakeasy Cinema, ACMI and more until August 26.

Running between 5pm and 10pm every Wednesday, the June program begins with sessions from the Victorian College of the Arts’ Film & Television School, Greek Film Festival and Setting Sun Short Film Festival.

And what’s a movie without snacks? Forget the Family Combo and forgo popcorn in favour a mushroom burger from Little Mushroom Co. or one of 400 Gradi’s award-winning pizzas. With more than 30 street-food stalls, the market is the ultimate concession stand.

For those feeling a little more Gold Class, there’s an addition to this year’s market that is worth a visit. Located right next to the cinema, the wine-and-cheese bar comes courtesy of market favourite Bill’s Farm. Each week owner and qualified cheese grader Bill Tzimas will put up a rotating selection of dairy alongside wines by Robert Oatley.

The Queen Victoria Winter Night Market Cinema will run in Shed L&M every Wednesday until August 26.