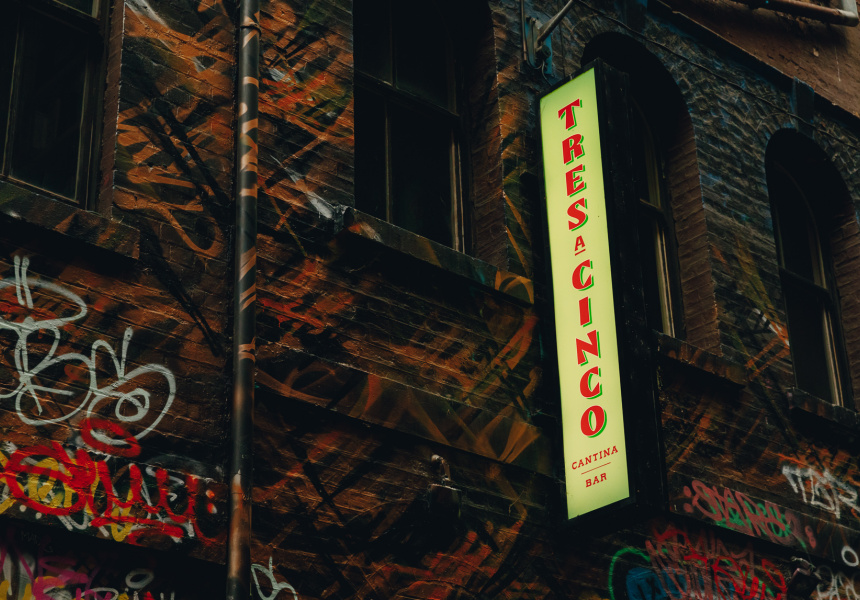 Mexican chef Sarai Castillo has spent seven years living and working in Australia, including five years with Frank Camorra’s Movida group. But, like so many other international visa holders, she was ineligible for any financial assistance from the government during Melbourne’s lockdowns.

As a means of keeping herself – as well as her international colleagues – employed during those periods, Castillo and Camorra launched Comida Corrida, a series of takeaway food packs centred around her home-style Mexican cooking. The project was named after the Mexican equivalent of a prix-fixe menu.

It was so well received that only two months later Castillo was given a permanent platform as head chef at Tres a Cinco, a new Mexican bar and eatery showcasing the best of her lockdown dishes. It’s at the former site of Bar Tini, Camorra’s late-night, Spanish-inspired bodega, next to Movida on Hosier Lane.

“I wanted to do something like I would have at home,” says Castillo. “For example, I serve a beef taco here that just has onion, salsa and coriander. Those are the only things you get in a taco in Mexico.”

But Tres a Cinco is more than just an opportunity for Castillo to flex her culinary muscles. It’s also a way for her to spotlight the variety and regional nuances of Mexican cuisine. “I’m from Guadalajara; my dad’s from Mexico City; my mum is from the north,” says Castillo. “I grew up with a little bit of everything.”

So, she’s serving a little bit of everything. In addition to the aforementioned beef tacos, there’s a vegetarian alternative with fried cauliflower and pico de gallo; a battered-fish taco with jalapeno cream; and a taco hailing from the Yucatán Peninsula that’s stuffed with pulled pork braised in orange juice and achiote paste.

“What I enjoy most about Sarai’s food is that everything has a specific and quite interesting sauce that goes with it,” says Camorra.

Also expect some of Castillo’s childhood favourites; the chilaquiles rojos is a flavour bomb of pan-fried tortilla chips doused in spicy red chilli sauce and topped with feta and a fried egg. It’s a traditional Mexican breakfast, but here it’s available all day.

There’s also esquite, a Mexican street-food snack of corn (off the cob) with aioli and lime; and tamales, steamed parcels of masa (maize dough) stuffed with prawn and chorizo. For dessert there are two options – a jiggly chocolate flan or a take on Castillo’s most-loved childhood dessert, a Mexican icebox cake called lemon carlota.

But not everything is on the menu indefinitely. “We started with maybe a third of this menu and have since added things and taken things away,” says Camorra. “Sarai’s got a great grasp of quality ingredients and seasonality and not letting the menu run forever.”

The drinks selection is just as considered. There are 20-odd cocktails, all based around tequila or mezcal (including eight different Margaritas) with the exception of two spritzes.

It’s the spirits list that really shines, though. “We have been really lucky in securing some harder-to-get agave-distilled products, ranging from sotol [to] raicilla and pechuga,” says venue manager Caitlin Surrey. There’s even one made with rattlesnake venom. “It’s been distilled in American oak [and] is safe to drink and traditionally said to have healing properties,” she says.

Eventually, Tres a Cinco will host spirit tastings so you can try before you commit. Otherwise, you can admire the bottles from their place behind the bar, surrounded by hanging plaits of garlic, vintage tequila pitchers and statues of the Virgin Mary.

“Everything really feels like you’re in a cantina in Mexico,” says Castillo. Save for a fresh lime-green paint job and the Mexican-inspired mementos adorning the walls, the fit-out hasn’t changed much. “I was in Mexico right before the first lockdown,” says Camorra. “The colours and the styles of the old bars and taquerias I saw looked a lot like this. Maybe we were hedging our bets a little bit when we did Bar Tini.”

Plus, tucked around the corner on Rutledge Lane is a second, temporary laneway bar serving vodka cocktails on tap. 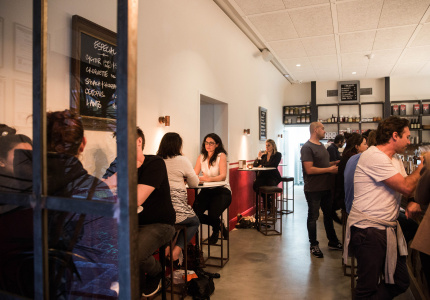