Chicken parma rolls. Aperol spritzes and Espresso Martinis on tap. Room for 725 punters. And that indoor waterfall and lagoon you keep hearing about? It’s almost here. Take a look inside, and get the first glimpse at the menu. From 4pm this Friday, you’ll be able to claim a deck chair and put away a few pints of pale ale or pine lime ice-cream IPA under the blue-and-white striped umbrellas. Or maybe an Aperol spritz, Espresso Martini or El Diablo (tequila, blackcurrant, lime and ginger beer) – all three cocktails will be available on tap.

For the first time, we also have details about the food. It’s as diverse as the venue itself, with plenty of options for vegans and those eating gluten-free (though not for true coeliacs). The overarching theme is definitely “drinking food”. The expected burgers and chippies are there, but so are falafels, chicken parma rolls, baby corn dogs, crisp Szechuan eggplant, pork and tofu bao, tuna sashimi, charcoal chicken, slow-cooked lamb shoulder, deep-fried buffalo cauliflower, pavlova, and two other desserts. Whew. 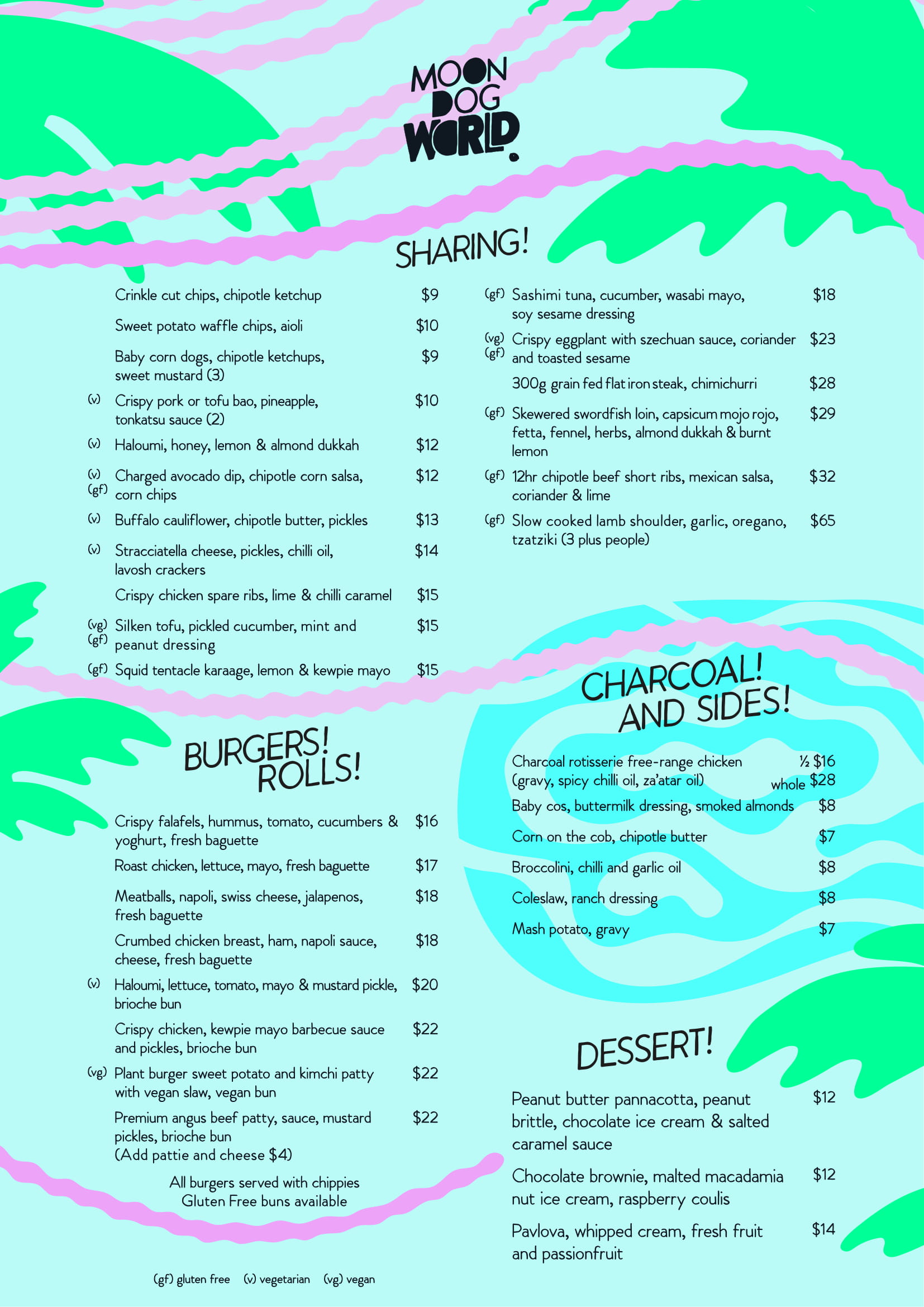 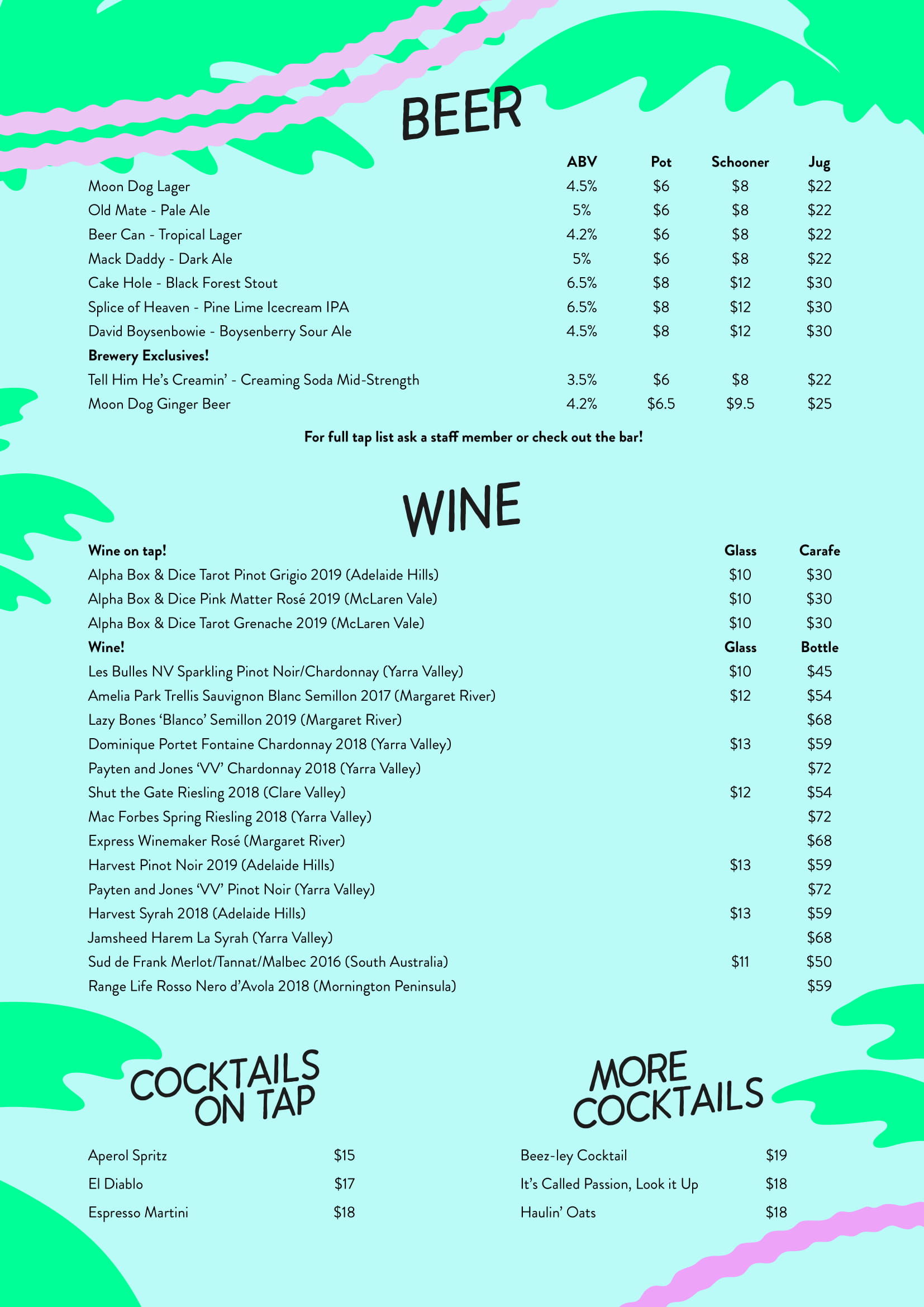 This article was updated on October 22. The original version incorrectly stated that some dishes at Moon Dog World are suitable for coeliacs.