Asian-influenced brunches and a nod to Marilyn Monroe arrive on Bridge Road. 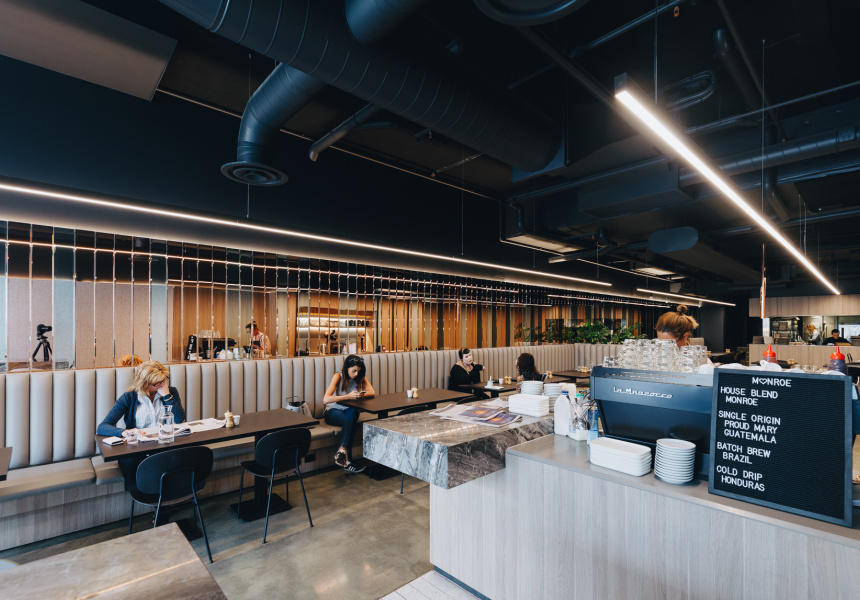 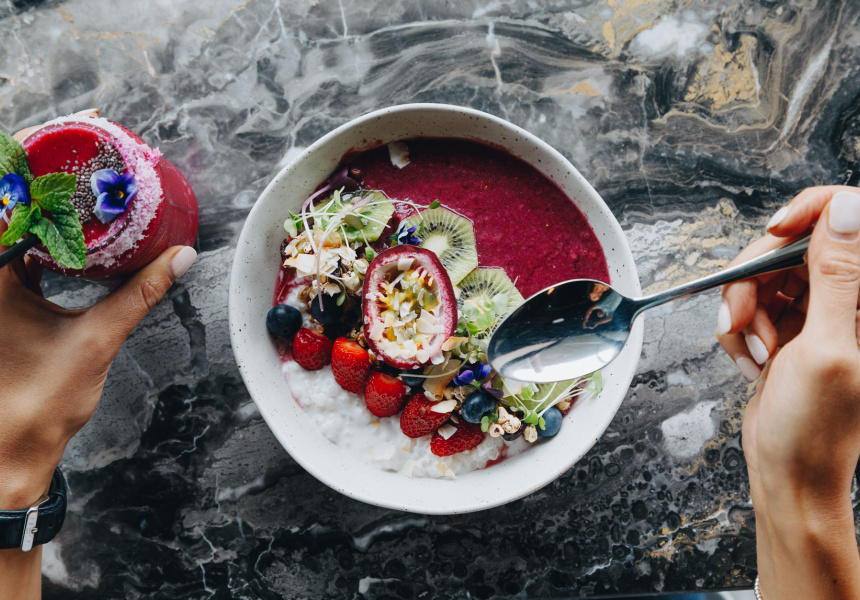 When you mix the sin of pride with the virtue of humility, you get Marilyn Monroe. At least, that’s what the sisters behind new Richmond cafe Monroe believe.

Natasha, Michelle and Monique Moussi are no strangers to the Melbourne cafe scene. Since their father emigrated from Lebanon 50 years ago and opened numerous restaurants with their mother, the sisters and their three other siblings have followed suit.

Monroe, named for the 20th-century Hollywood icon, is different to everything the sisters have done so far, thanks to a concept conceived by designers DKO and Pop & Pac.

“Their idea was the seven deadly sins and the seven heavenly virtues,” says Natasha. “The duality of the sin of pride and virtue of humility gave us Marilyn Monroe.”

Soft pink hues and matte-black furnishings represent humility, and the ombre mirror that takes up the entire left wall of the venue represents pride.

Head chef Kelly McInerney (ex Three Monkeys Place) brings a passion and talent for Asian cuisine, in part due to multiple trips to Thailand over the last decade.

On the sweeter end, there’s roti with banana and mascarpone, and a smoothie bowl built around maqui, a berry found in the forests of Chile and Argentina. Smashed avocado and eggs Benedict are also here for those who can’t go past the classics.

If you look carefully, linear lines cover the interior, from the wallpaper to the ombre mirror. According to Natasha, these lines represent silence, inspired by John Cage’s controversial 4′33″ – a score composed for no instruments at all, simply consisting of the sounds of the environment that the listeners hear while it is “performed”.

With high ceilings, exposed piping and what feels like a never-ending space, you can certainly hear the environment at Monroe: the coffee machine’s hum, the clattering of plates, the soft murmur of customers and, for the time being, the buzz of construction outside.

The sisters are taking the extra noise in their stride. Bridge Road is on the way back up and they want to be a part of its rejuvenation.

“We can see [Bridge Road] evolving with all of the new developments. It’s changing, and we are really excited to be a part of that change,” Natasha says. 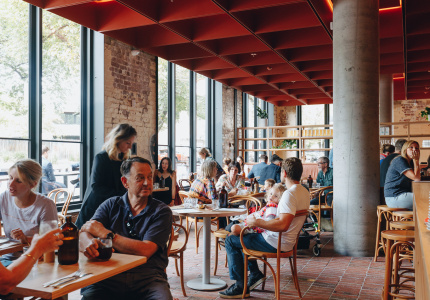 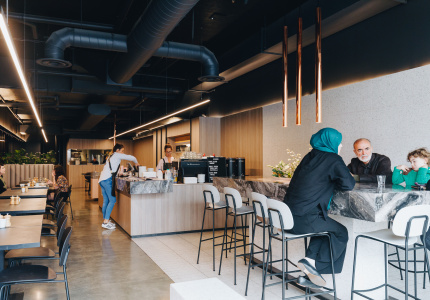 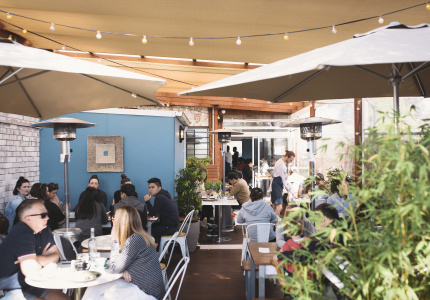 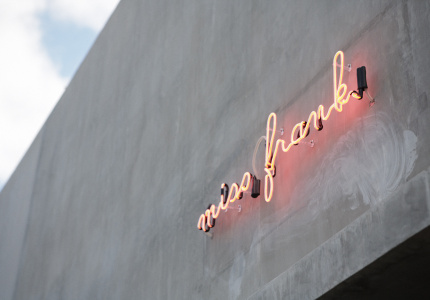