A Pint-Sized Diner Arrives in Ripponlea 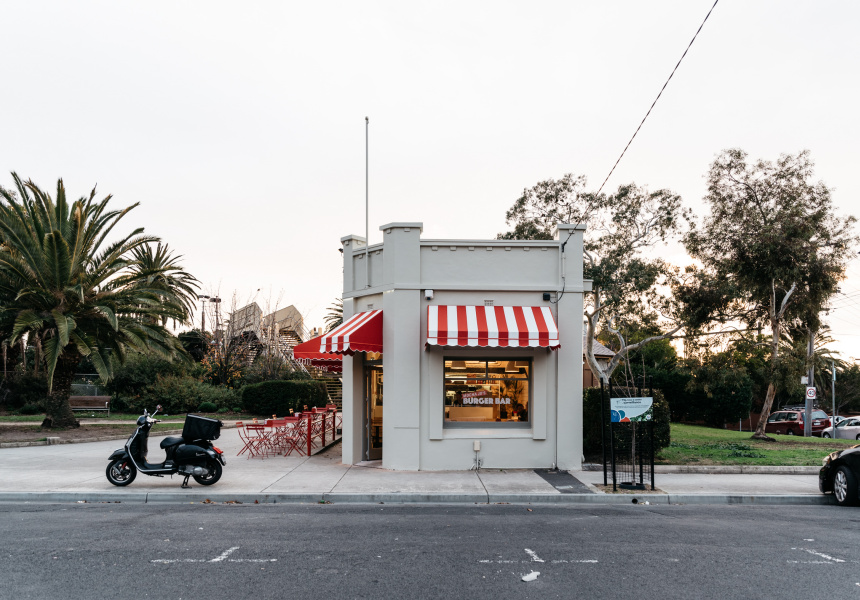 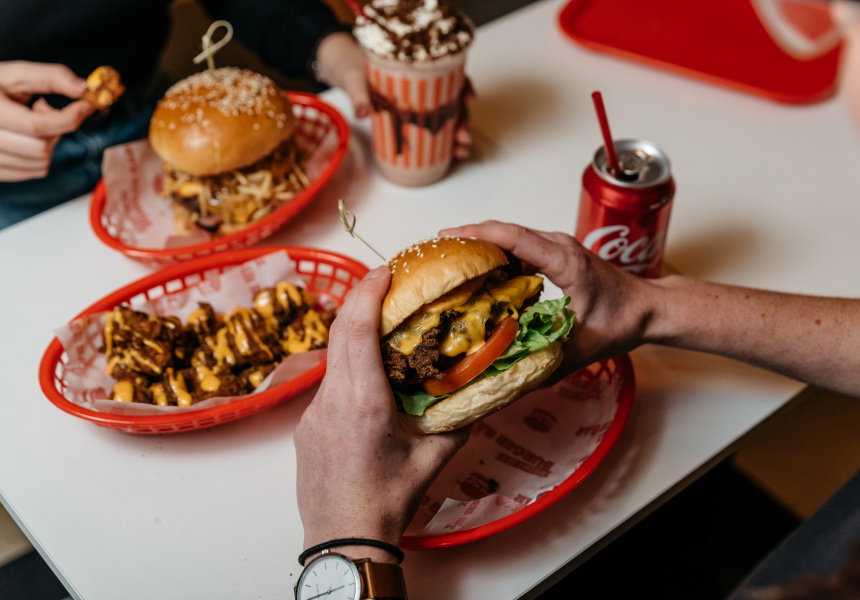 In the kitchen of Mocha Jo’s restaurant in Glen Waverley, Toula Christakos is perfecting her chip seasoning and prepping patties. She’s been helping out her nephew Christo Christophidis with his restaurants for the last two years, and – according to Christophidis – is indispensable.

“She’s like the grandma to everyone, she’s a gun,” he says.

Together with business partner Lisa Slaughter, Christophidis owns Ripponlea Food and Wine, as well as the original Mocha Jo's restaurant, which is where food prep is handled for their new diner. The pair also tested the burger bar concept there – a canteen-style operation with outdoor seating only – and it showed promise. Now, they've opened the first standalone Mocha Jo’s Burger Bar.

The new 20-seater at the base of Ripponlea station is a more compact version of the original, larger restaurant. The fit-out is by Blackmilk Interior Design and was inspired by American diners. White rectangular tiles line the walls, red trim encases the windows, and a wooden booth stretches along one side of the space. Outside, there’s ample seating under the Art Deco-style building’s candy-stripe awnings.

“We didn’t want to overbear [customers] with colours and stuff. It’s all about looking at the menu and the product,” says Christophidis.

The menu borrows from the US, too. The Tennessee Truffle is a 600-day grain-fed Wagyu beef burger with American cheese and truffle mayo; The Southern Cali comprises two deep-fried chicken fillets, bourbon bacon jam and chipotle mayo; and The Vegas Vegan is a sweet potato and veggie pattie with chipotle coconut yoghurt. A side of popcorn chicken arrives drizzled in Sriracha mayo, one of the many house-made sauces.

Christophidis uses traditional milk buns (rather than brioche) for his burgers, sourced from an undisclosed Glen Waverley baker – “There are some things I’ve got to keep close,” he says, laughing.

A waffle sandwich with toasted marshmallows and Nutella is a highlight of the dessert menu, alongside the classic hot jam doughnut, generously dusted in sugar. Shakes are thickened with Frosty Boy soft serve ice-cream and can be “loaded” with Oreo crumble, or Nutella and hazelnut praline.

“It’s basically that ‘old-school’ feel that we wanted to keep – that traditional diner,” says Christophidis. “Nothing’s really that healthy, but sometimes a bit of sweetness is good.”

This article first appeared on Broadsheet on July 4, 2018. Menu items may have changed since publication.