It might be back-to-front and inside-out, but Smith Street’s newest diner covers all the bases. 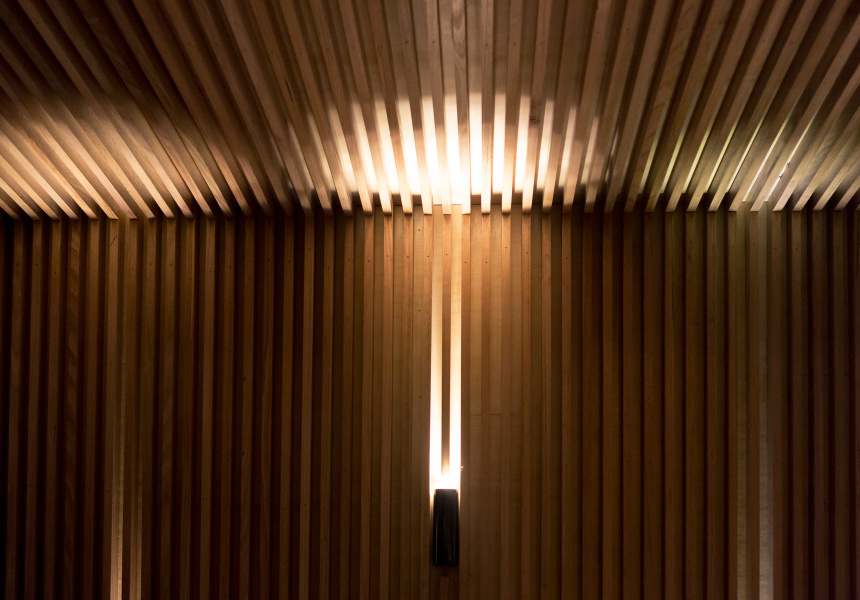 Is the all-day diner having a renaissance? It appears, with the opening of Archie’s All Day, Five Points Deli and Dr Morse, among others.

Smith Street’s Mjr Tom is the newest. “There are daytime places and there are night-time places,” says co-owner Harry Tsiaples. “The challenge is combining the two.” Tsiaples has operated Camberwell’s Cafe Paradiso (formerly Nataraj) for almost 30 years, but for Mjr Tom he’s enlisted one of his former managers, Nick Tiktikakis, to help tackle this conundrum.

The duo’s first step was engaging Brolly Studios to design the fit-out, with a relatively simple brief: “A place that fills from front to back during the day, and vice versa at night.”

Thus, Mjr Tom is split into two main areas: a cosy front cafe dominated by tables and benches, and a big standing-room bar out back. “What actually convinced us to buy the place was the little tunnel area just outside the kitchen,” Tsiaples says, referring to the passageway which connects the two spaces. “You walk through a tunnel and you’re in a great big tall-ceilinged bar.”

When the team started thinking about the concepts of front-to-back and back-to-front, their minds naturally jumped to something related: inside-out. So like Night at The Roxbury’s inside-out club, Mjr Tom brings external materials indoors, with raw ply the dominant feature. Downstairs there’s a bluestone-lined basement and a pool table, which can convert to a private dining room.

Like the fit-out and the operating hours, the menu covers a lot of bases thanks to head chef Sam Kearney, who’s worked kitchens as varied as Cafe Paradiso, Gill's Diner and Mr Miyagi. He also spent three years cooking in Spain.

For lunch, the choices include fish tacos and beef-cheek empanadas, pearl cous cous salad and an Asian chicken burger. This pan-Asian/Latin influence also carries over to dinner, but aligns more overtly with alcohol via dishes such as slow-roasted pork knuckle with Brazilian coffee jus or adobo-rubbed pork ribs.

But despite this bounty, it seems likely plenty of customers will only come for drinks, based on the respectable list of cocktails and local spirits, unique tap beers (eg. brews from Belgium’s Palm and Rodenbach) and European and Australian wines.