Misschu opens her second Melbourne tuckshop in South Yarra, with all her signature tricks, a little cheek and a lot of charm. 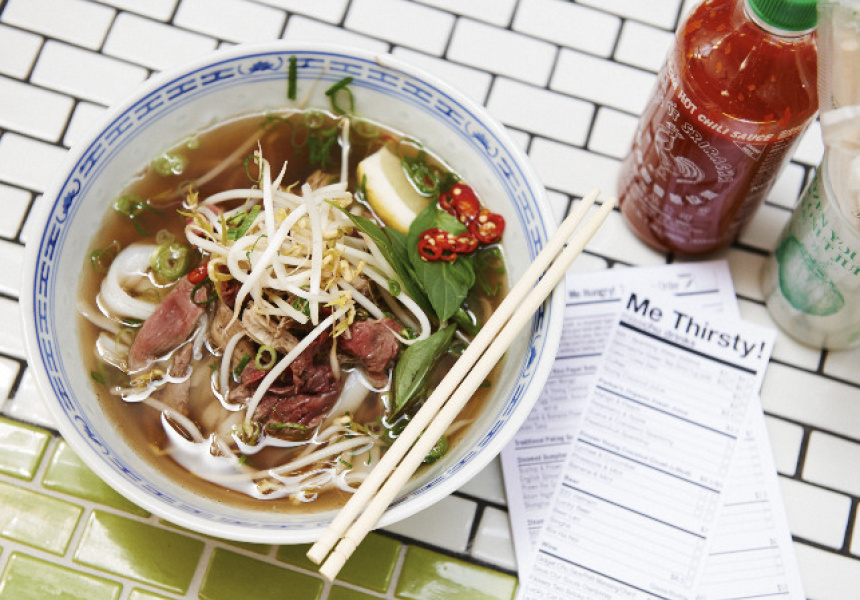 Recently, it seems as though Misschu – the queen of rice paper rolls – has been popping up all over town. If you haven’t met her, or seen her face plastered on takeaway paper bags and delivery bikes, let us introduce you. Her name is Nahji Chu and she is responsible for the inter-generational Vietnamese eateries we have come to love across Sydney and Melbourne.

Born in Laos and escaping to Australia as a refugee during the Pathet Laos Regime in 1975, Chu’s heritage is still a major influence on her culinary concept. Using the original photos from her immigration VISA as her venues’ logo, eating at Misschu is an experience rich in history and culture. “It’s a chance to tell my story through my brand,” she says. “I wanted it to be a lot deeper than just Vietnamese food – I basically want to feed people's souls.”

Growing up in a family who owned several Vietnamese restaurants across Melbourne – her grandmother having cooked for the King of Laos – she was inspired to venture into her own culinary adventure. “I come from a family of foodies, so it was inevitable that if I was going to fail in everything else,” she offers. “I was going to resort to food, and that’s what happened…so I started making rice paper rolls.”

And so far it has been a phenomenal success. In 2005 she launched Misschu catering and since then, the business has expanded to include eight tuckshops in both Sydney and Melbourne, and a huge fan base for quick eats Vietnamese-style.

The new South Yarra venue, which opened yesterday, is no different. The fast-paced hawker-style vibe is one of the main attractions of the tuckshops, and the South Yarra venue – though larger than the Exhibition Street store – has that same electric atmosphere. “The more and more stores I open, the better and better they get. When Gabi (her Melbourne business partner) and I saw the Toorak Road site, we knew it was meant to be,” Chu says.

Working closely with her interior designer, Kano Hollamby, Chu has made sure South Yarra holds true to her food legacy. With the quintessential rice bowl lamp shades, an alleyway-like corridor creating the real street food feel and the excitement of the fiery woks being banged around in the large kitchen, customers can experience a bit of Vietnam. “A large part of my upbringing was [based in] South Yarra, it feels like coming back home for me. I know that it’s an area I can succeed in – it’s that clientele who love Asian food. I also really, really wanted to say to Hanoi Hannah, this is how you do Vietnamese food,” she jokes.

With lines already forming on the streets on day one and hungry customers filling the freshly renovated venue, it appears word has gotten out that Misschu has found a new refuge in South Yarra. So, what comes next? “Take it internationally and say to people, ‘Don’t just eat the food, eat the culture, my real culture’. This is who I am, this is my history and this is how I got here.”

We were given a sneak peek at Misschu South Yarra in the days prior to opening. Click through our gallery to take a look.