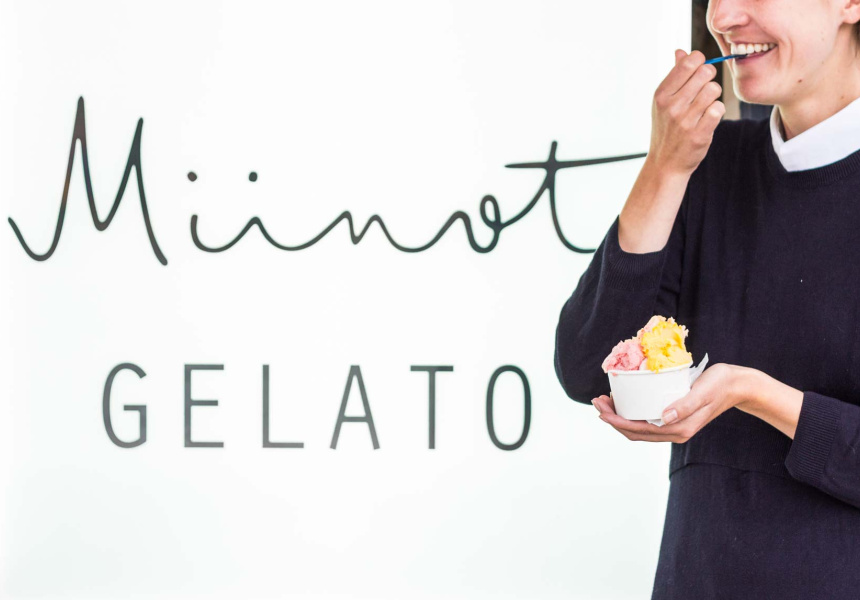 As if new additions Gelato Messina and Il Melograno weren’t enough, northsiders have been gifted another killer gelataria – Miinot Gelato. If you prefer your gelato away from the crowds of Smith and High Street, you’re even luckier.

"The shops around us are all run-down and derelict,” says Emma Nicholas-Jennings, who just opened the store in Pascoe Vale South with her husband, Gary. “We're this little beacon of light in the middle of them all. It's exciting."

Miinot has a relatively small selection of flavours, but they're exquisite. The basic fruits – lemon, or burnt fig, for example – have an intensely natural taste, thanks to an all-fruit base. There's even the occasional crunch of seed in the raspberry.

"A lot of people rely on pre-mixed paste for flavour,” Nicholas-Jennings says. Apart from the bubblegum flavour (“for the kiddies”) there's none of that here. Grownups will love the fancier flavours, such as Nonno: marscapone with sultanas soaked in Pedro Ximenez sherry. The dairy-based gelato all use Sungold, a rich Jersey milk sourced from Warrnambool.

The quality isn't surprising. Nicholas-Jennings has spent a good portion of her life scooping gelato. Her first job was selling the frosty dessert at Brunetti in Carlton. That was followed by 15 years in London, where she met Gary, and managed a restaurant which served Spanish gelato.

But she really learnt the trade working with her parents, Garry and Meralyn Nicholas. After getting tired of importing leather belts 15 years ago, they gave away their twice-yearly buying trips to Italy for a series of gelato-making courses with the country's best.

Gary and Meralyn’s first store – a monster in Sorrento – was so successful they could barely keep up with it. For the past two years the couple have been running Poco, a smaller gelateria in Port Fairy. Emma and Gary earned their stripes working at both locations, taking annual leave every London winter and flying over to Australia. “Gelato just comes naturally to me,” Nicholas-Jennings says, “it's something I love doing."