First Look: Melbourne’s Iconic Meyers Place Lives On, and It’s Even Tinier Than Before

The reincarnation of the tightly packed drinking den moves with similar grooves to the original but – amazingly – is even narrower. Squeeze into the 30-seat bar, or head downstairs for subterranean raucousness. 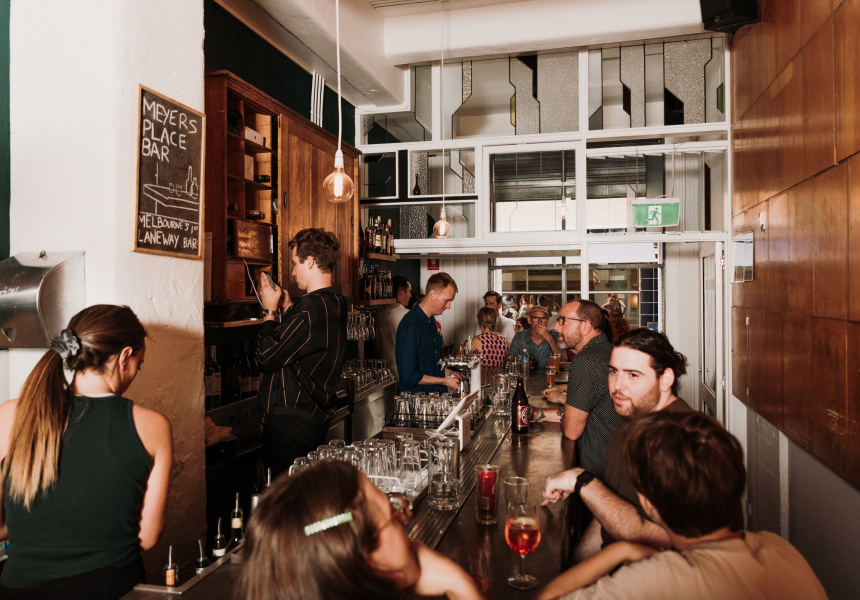 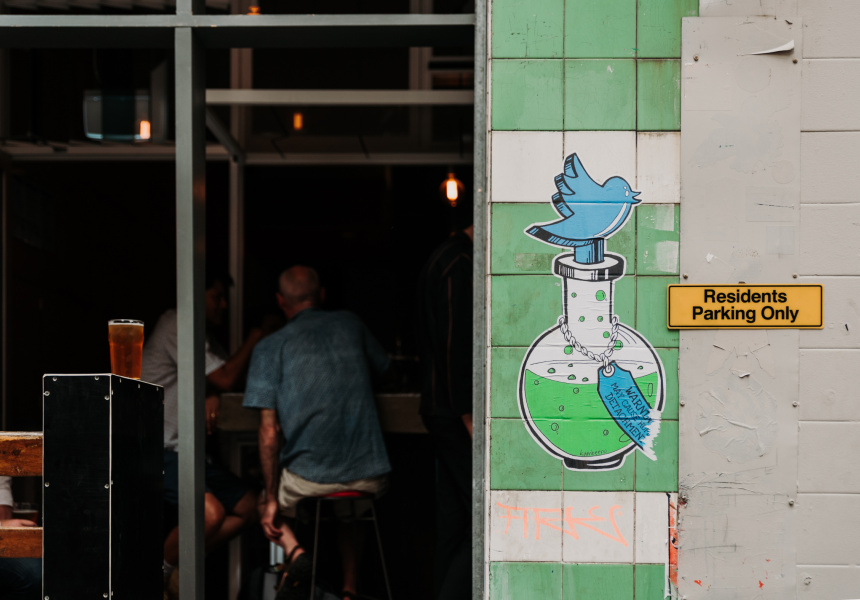 Drew Pettifer grins as he recalls one of his favourite anecdotes from the original Meyers Place, his legendary late-night laneway bar that closed down two years ago after 23 years of business. Some time back, Pettifer says a famous actor was asked to move a few inches off the premises into the adjoining alley to finish his cigarette. This is quintessential Meyers: celebrity status doesn't mean you'll be treated any differently to your fellow drinkers.

If this piece of Meyers lore has left you nostalgic, you’ll be glad to know the bar is back, in a new location but in many ways unchanged.

Pettifer, who co-owns the space with Heather Lakin and Daryl Maloney-McCall, was determined to keep Meyers alive after the landlord ushered them out of their former locale in June 2017. Pettifer resolved at the time to find a new spot, telling Broadsheet he intended to transpose the Six Degrees fit-out from the original to a new location “panel by panel”.

To the effect of around 70 to 80 per cent, that’s exactly what they did. “It was really important for us to keep as many of those rigid elements as possible and then re-contextualise them,” Pettifer says.

Entering Meyers 2.0, which is less than 200 metres from its old housing, there are some instantly recognisable artefacts. The laneway-facing terrace is, like before, walled off with the same eclectic collage of retractable stained-glass windows.

The iconically monstrous concrete bar was also salvaged, and still protrudes a few inches outdoors. “It’s literally the anchor point,” Pettifer says of the 1.5-tonne bar. “The hub around which activity occurs.”

Meyers 1.0 was a democratic den of libation, where “public service after-work suits” (Pettifer says) rubbed shoulders with creatives, university students, theatre goers and tourists. The booze was cheap and the atmosphere rich. And while its reincarnation is poised to be very similar, there are a few new additions likely to raise old eyebrows.

If you’re planning a trip down memory lane, the new bar is basically identical to the old one – chalkboard drinks list, red carpet, wood-panel walls, a (re)recycled cupboard door bench – except for one exception: it’s about a metre narrower. It’s a bit like looking at your childhood bedroom through adult eyes.

The underground seating area is dotted with second-hand tables and chairs and little else. It's purely functional and a little sparse, but with exposed brick walls and concrete beams overhead has an industrial feel. And while upstairs is licensed for just 30, you can squeeze 50 people down here. This basement holds promise of its own, and I wonder if it has potential to hit the heights of the lower level of that other exiled Melbourne relic, the Mercat; the windowless concrete space is equipped for late-night subterranean raucousness.

Another big difference here is the licensing. Meyers the first was the beneficiary of arguably more relaxed mid-’90s liquor laws, and was open until 4am. The new iteration calls last drinks just before 1am. But Pettifer isn’t discouraged by this. “Atmosphere doesn’t come from licensed hours,” he says.

To drink, find mainstay brews including Furphy, Coopers Pale Ale and Little Creatures Bright Ale on tap. And Melbourne Bitter longnecks are making an enthusiastic comeback – it wouldn’t be Meyers without them. There's also a tight wine list of mostly Victorian drops – three reds, three whites, one sparkling – most for nine or ten dollars a glass.

There's no kitchen, but you can buy nuts or a cheese and cabana board at the bar and there's talk of importing snacks from Gingerboy and Becco in future.

This article first appeared on Broadsheet on March 8, 2019. Menu items may have changed since publication.