Melbourne’s Night Noodle Markets Are Back

Once again the banks of the Yarra will be filled with the smoke and spice of a hawker-style market. 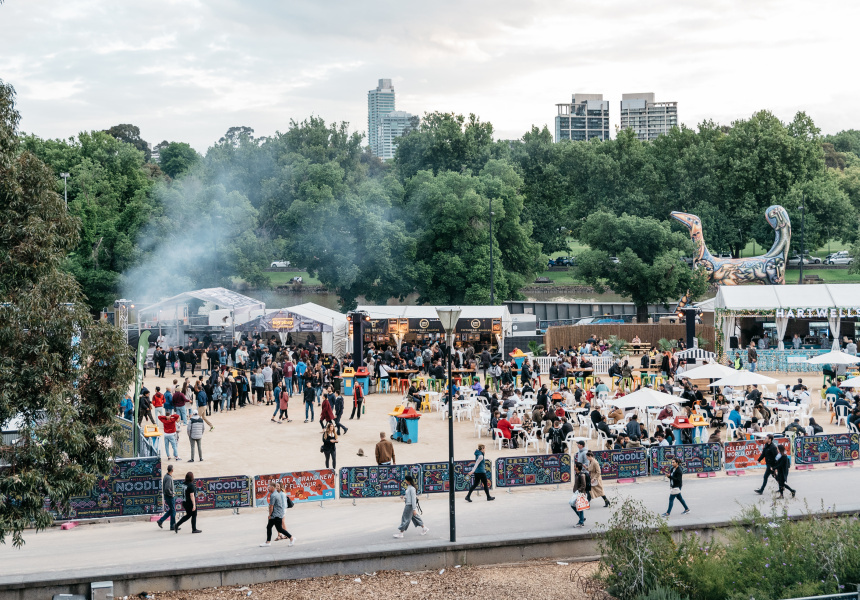 Birrarung Marr will be transformed into a busy after-dark hawker market again this spring when the ever-popular Night Noodle Markets return to Melbourne. Expect an abundance of spicy, sour, sweet and smoky flavours in street-food dishes from China, Thailand, Malaysia and beyond.

There’ll be live music and DJs and the market’s major sponsor, Citi, will host a Melbourne laneway-style bar. Wine-sponsor Jacob’s Creek will be pouring drops in tipis (a type of tent) if you need a rest undercover, and at the Malt Shovel Beer Garden you can try 10 of the brewery’s beers. Hotel loyalty program Marriott Bonvoy is going off-theme with a 1920s-style diner, where you can grab a root-beer float or Shirley Temple.

The event, modelled on the traditional open-air markets of Southeast Asia, will run for 18 nights. In an effort to reduce the queues that can plague the festival, it will be cash-free again this year. Ride-share service Didi is offering new users two $10 vouchers to get to and from the market and two 20 per cent off vouchers for existing users. Melbourne Night Noodle Markets are on from November 7 to 24 at Birrarung Marr.