National Doughnut Day: Where to Get Free Doughnuts and Specials on Friday

Celebrate one of the only treats better with a chunk out of the middle, with freebies and limited-edition creations. 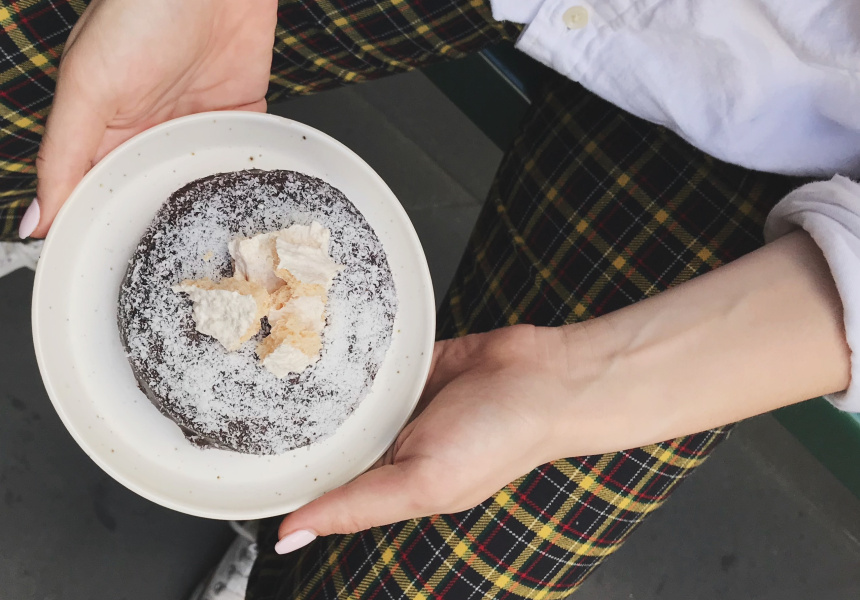 Friday June 1 marks National Doughnut Day. To celebrate, some of Melbourne’s best doughnut makers are offering freebies, cheap deals or special new creations that you won’t find on any other day of the year. Here’s all you need to know to plan out your doughnut dash – think of it as the world’s most delicious relay.

Oasis Bakery
9/993 North Road, Murrumbeena
Learning from last year when it quickly gave away 3000 free doughnuts, only to make 3000 more and run out of those too, this year Oasis Bakery is giving away 10,000 of the things.. There’s a choice between jam- and Nutella-filled doughnuts, but understandably only one deep-fried, sugary ball per person.

Pontoon
30 Jacka Boulevard, St Kilda
St Kilda beach-bar Pontoon will be keeping it simple by giving out what the team expects to be "hundreds" of hot sugared doughnuts. While there you might as well grab a cocktail from the bar. Don't get the sand from St Kilda beach confused with cinnamon sugar.

Dandee Donuts
Dandenong Market Shop VN01, 40 Cleeland Street, Dandenong
Dandee Donuts and its famous gold-and-purple van will be slinging its fluffy, sugar-coated jam doughnuts all day and giving them away for free to anyone entering the Dandenong Market – no purchase necessary.

Bistro Morgan
190 High Street, Prahran
The doughnut shop opened by Morgan Hipworth at just 15 years old is giving away a free mini doughnut with the first 300 six-packs purchased on Friday. If you order directly from the website, Bistro Morgan will also deliver your doughnuts to homes and offices around the whole Melbourne metro area on the day – delivery is usually only available through Uber Eats and Deliveroo, which have restricted delivery distance.

Lukumades
83 Peel Street, West Melbourne
This Greek doughnut shop opposite the Queen Victoria Market is giving 100 customers a free mini pack of Greek doughnuts with any in-house purchase. Get in quickly while they’re still available.

Shortstop Coffee & Donuts
12 Sutherland Street, Melbourne
Shortstop is giving away a twist on the traditional cinnamon-sugar doughnut – its Cinnamon, Cardamom and Sugar Cake Doughnut – to 700 people when they order any item in the store. Predicting a rush on Friday, Shortstop will be making 3000 doughnuts – usually that number is around 1000 to 1500 on a regular Friday.

Cop Shop Espresso
660A Glenferrie Road, Hawthorn
Cops get coffee free every day at Cop Shop Espresso, but on Friday the average citizen will also be able to snap up a free small coffee with every doughnut purchased.

American Doughnut Kitchen
Queen Victoria Market, Queen Street, Melbourne
Run down to the vintage bus at the Queen Victoria Market between 10am and 2pm and you might score a $60 gift voucher – that’s equal to 50 of its signature hot-jam doughnuts at retail value. One customer per hour will be randomly selected as a winner. Good luck.

Doughboys Doughnuts
535 Bourke Street, Melbourne
Doughboys has created a new lamington special for this Friday’s celebrations that includes chocolate, coconut meringue and cream diplomat (a lighter version of crème pâtissière). The special is in partnership with the Koala Kids Foundation, which will receive all the profits of each lamington doughnut sold.

Rustica
402 Brunswick Street, Fitzroy
Rustica is celebrating with a limited-edition doughnut range inspired by the four seasons. The winter-inspired Snow Ball is a dark-chocolate-coated ball filled with coconut and vanilla crème and topped with a marshmallow. For spring, the Ispahan doughnut includes rose crème and raspberry gel topped with dusted pink sugar a freeze-dried lychee; the summery Pina Colada is basically a cocktail in dough form with Malibu gel, coconut crème and a pineapple crisp to top it off; and the autumn-inspired Vanilla Pecan will include vanilla crème, maple glaze and candied pecans.