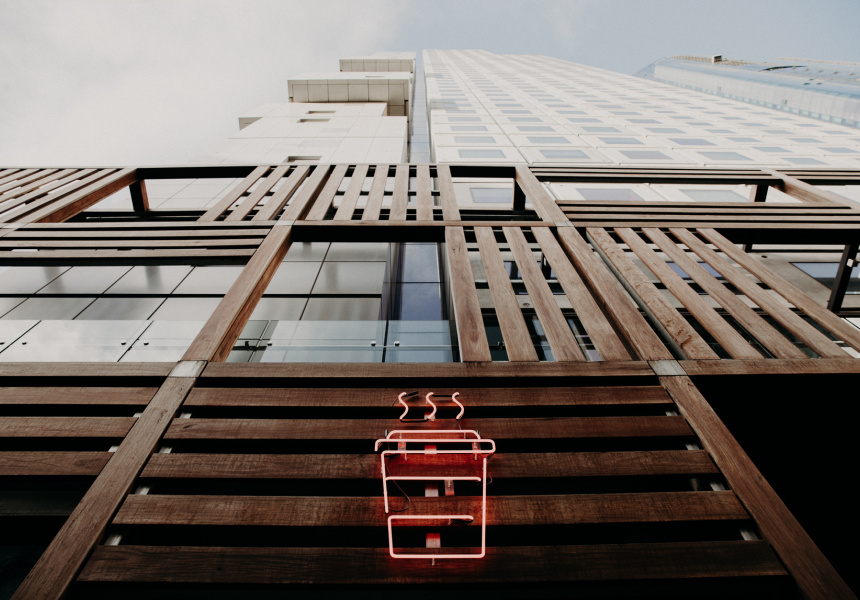 If 2018 was the year of the cafe sibling, then 2019, so far at least, is the year of the specialist. From fluffy golden crumpets and katsu sandos to Lebanese pizzas and phenomenal sandwiches, these four eateries are all devoted to doing one thing (occasionally more) really, really well. Add them to your brunch hit list.

Holy Crumpets
Crumpets and Coffee. That’s the sign above the doorway at Melbourne’s first dedicated crumpet cafe, Holy Crumpets, which started life as a farmers market stall, albeit a bloody popular one. And it’s a delight to discover that there’s not much more to this tiny cafe than what’s on the tin.

Owner Josh Clements is serving a plumper, grown-up spin on the little golden discs that form a solid part of so many Australian breakfasts. His dough recipe uses both whole-wheat and freshly-milled stone-ground flour and took six months to master.

For $5, grab a crumpet topped with your choice of vegemite, maple-coffee peanut butter, house-made jam or one of six locally made honeys which can differ greatly in flavour, colour and viscosity. Most of the honeys are Victorian, with the occasional interstate cameo. For another $3 you can upgrade to a Fancy Boi, which means your crumpet comes loaded up with smoked butter, grilled taleggio cheese, thyme and clover honey; or try the s’mores version with a chocolate base, graham crackers and marshmallow.

The cosy shop is around six metres squared. Four people can pull up a stool at the L-shaped bar, and two low benches outside comfortably seat another three each. If you’re unlucky in the seating department, grab a half-dozen box of untoasted crumpets to take home too.

Liminal
From the team behind game-changing cafes Higher Ground, The Kettle Black and Top Paddock, which are all now in new hands, Liminal is an arresting art-deco cafe in the foyer of an office building. But that’s underselling it.

The airy and elegant space is full of curved lines and comfortable corners. Banquettes are clad in soft olive leather, armchairs in grey velvet, stools in lamb’s wool. Ornate brushed bronze light fittings and an imposing stone bench play off against these softer textures. Beyond the eatery there’s a wine shop, cheese store and a private dining room.

Executive chef Martin Webster (Montalto) and head chef Zac Nicholson (Rockpool) are behind a menu that flexes some muscle in a territory that is creative but still familiar. It’s everyday brunch fare, but it’s elevated.

Socca, a French flatbread made from chickpeas, comes topped with herbs, an egg and great hulking hunks of salty guanciale (cured pork jowl). Fold it up like a taco. The mozzarella and anchovy toastie – one of nine on a dedicated sandwich menu – is rich and oozy, helped along with a slathering of butter. A sage leaf is imprinted onto the outside. To drink, house-made smoked chinotto soda, or a Negroni made with coffee-infused Campari.

Oasis
As Murrumbeena’s famed Middle Eastern bakery, cafe and grocery shop Oasis celebrated its 20th birthday this year, chef-owner Marwa Makool and her family were gearing up for something even bigger on the other side of town.

The new Fairfield shop is more modern and airy than its sibling, but smaller. Pass through the black and white tiled entrance to a welcoming high-ceilinged space where rows of fresh salads, dips and hot, golden falafel line one wall, and cafe seating the other. You can settle in here – order the shakshuka or a shawarma plate, or one of the Lebanese pizzas (chicken and spinach, lamb and feta, or a vegetarian version with extra za’atar) – but it’s hard not to venture further in. Row upon row of herbs and spices, ready-made soups and tagines, Turkish coffee, nut butters, za’atar labneh, flatbreads and pickled vegetables will call to you, drawing you in among their neatly-lined shelves.

Local wine and a few simple cocktails are available from 7am most days, or try the Almaza beer from Lebanon. There’s house-made lemonade, too, and stove-brewed Turkish coffee, which you’ll need alongside a post-shop cube or two of Turkish delight.

It’s easy to stay here a while, it’s easy to spend a lot, but you’ll thank yourself next time you get home at 9pm to find your pantry stocked with Middle Eastern treasures.

Saint Dreux
Katsu sandos are already dominating our Instagram feeds. But a dedicated katsu sando bar? This is new for Melbourne. And while it’s calling itself a bar, and it lives in a city food court, Saint Dreux is such an excellent lunch option it has to sit under the best cafes banner.

The shop’s glowing white LED panels act like a beacon, drawing you in, while the charcoal-black service area is a bit like something out of a sci-fi film. Dreux does little cubed Japanese cakes (castella), but the lines snaking their way through St Collins Lane food court are for the sandos. Soft white bread, a choice of Panko-crumbed fried chicken, Kurobuta pork, prawn or Wagyu, served with mayonnaise and tonkatsu sauce. Most are $14, but the Wagyu version is $28. It might seem excessive, but a lot more work is happening behind the scenes than at your average sandwich shop. That also means a 30-minute wait is not unusual. Hold out – it’s worth it.

Audience picks
Ella (an upscale new food hub in the CBD), Dagwood Deli (a cityside diner serving New York’s most iconic sandwich) and 5 & Dime (a second outpost for one of Melbourne's best bagel shops) were three of our most-read cafe-opening stories of the year.

This article was first published on June 20, 2019. Menu items may have changed since publication. 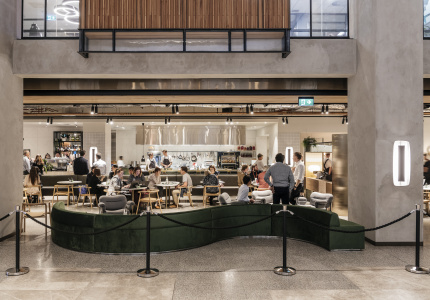