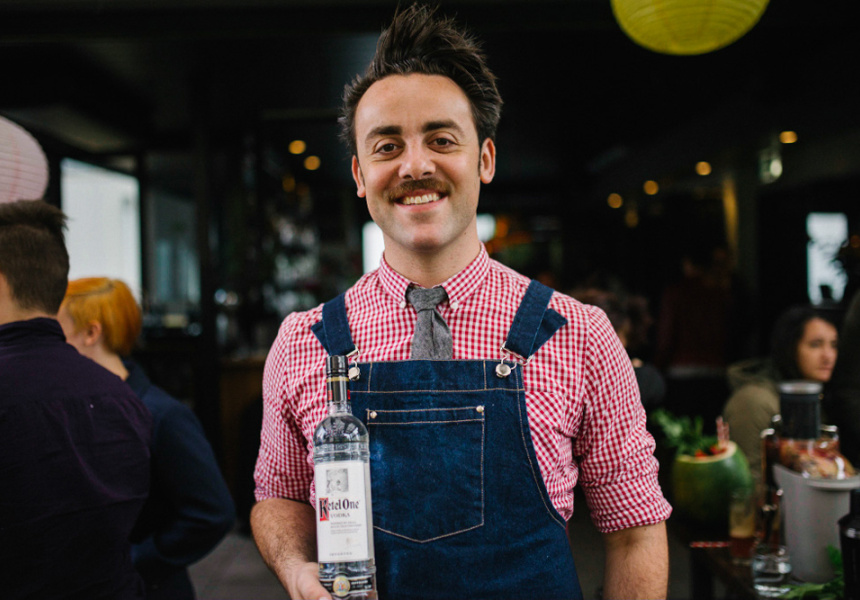 Chris Hysted, Ketel One Ambassador and former Australian Bartender of the Year

Chris Hysted, Ketel One Ambassador and former Australian Bartender of the Year 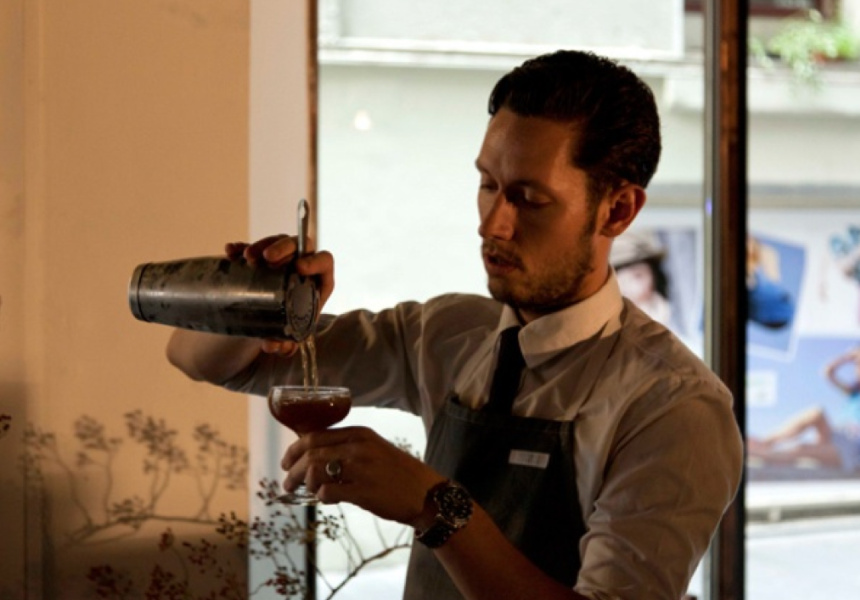 If you’ve been to Europe recently, you may have noticed an interesting phenomenon. It goes like this: Let’s say you’re in Amsterdam. You’ve spent an afternoon in the recently re-opened Rijksmuseum, had dinner somewhere in De Pjip and managed to find yourself in one of the city’s better cocktail bars. The bartender notices your accent and asks where you’re from. As soon as the word ‘Melbourne’ leaves your mouth, they’re immediately apologising for their establishment, saying it’s probably not nearly as good as what you’re used to at home. They’ll then go into an enthusiastic rave about all the good things they’ve heard coming out of our bars.

It’s not just Amsterdam. Across Europe, Australia’s bar scene is now acknowledged as world leading, and it’s a movement that is not lost on Justin Smyth, a former bartender who’s now global ambassador for Ketel One vodka.

A few years ago, Ketel One founded a bartenders’ fraternity, a collective designed to help bartenders connect with others in the industry, strengthen their skill set and learn from craftspeople they ordinarily would not have a chance to meet.

Smyth drives the Ketel One Fraternity, and despite being London-based, one of the first cities he brought the idea to was Melbourne.

On a recent trip to Australia, Smyth invited Broadsheet to have a bloody mary with some of Melbourne’s Fraternity members on the roof at Bomba to talk shop and share a few drinks.

“We were sitting in Europe thinking we’ve got the top cocktail joints, and we kept hearing the noise happening in Australia,” Smyth explains, of the origins of the Fraternity. “We realised the bar scene here is super advanced and quite creative, as opposed to the UK, where everyone already thinks they’ve got the best.”

Smyth and his Ketel One colleagues tested the idea for their fraternity in various countries, with a view to tailoring the program to different scenes. “We did lots of focus groups with bartenders from here in Melbourne, and they shaped quite a bit of the program,” he explains.

It’s always nice to listen to foreigners talk about how special Melbourne is, but something Smyth was keen to do was recruit locals to make sure it would continue to build without the need for input from Ketel One’s head office in the Netherlands. One of the first on board was Chris Hysted, who won a gong as Australian bartender of the year while slinging drinks at Black Pearl, before going on to win the 2012 ALIA Bar Manager of the Year award.

Hysted feels that one of the things which makes our scene unique is its distance from the cities which first developed the classic cocktails that all good bars build from. “Amongst the Fraternity members, we often talk about how our distance from the classic bars and cocktails means we can pick all the good bits and leave behind anything we don’t like, or we think doesn’t work,” he says.

Not feeling bound to faithfully reproduce other people’s drinks is definitely a part of what makes Australian bartending so exciting, but it certainly helps that most bartenders know their history.

“You guys travel a lot,” says Smyth. “When I started, the whole London bar scene was run by antipodeans. As the cocktail scene really kicked off in the late ’90s, you guys were there.”

The Ketel One Fraternity includes members from across Australia’s best bars, from Sydney’s Baxter Inn and Stanley Street Merchants to Whisky and Alement, Eue de Vie and dozens more.

“Basically, we were thinking of ways of bringing our brand to life, reinforcing the fact we grew in a community of bartenders,” Smyth explains. “A lot of brands have competitions, or they’ll throw a big party and it’ll be great and everyone will get pissed and it’ll be five hours of fun but people won’t get much out of it. You might buy a bit of goodwill for a period of time, but with the Fraternity, we wanted to bring our brand credentials to life through craft, and draw similarities with events we did with the guys in each city.”

What the Fraternity actually does varies from country to country, but is built around events that bartenders wouldn’t normally be a part of, but which have a link to what they do as craftspeople.

“We’ve done glassblowing events, we’ve had a talk by a magician about being aware of the way you move behind the bar, we’ve had a chocolatier, a really interesting guy who taught us how to sculpt chocolate with everyday equipment, so things we have in the bar, like perhaps a microwave,” Hysted says. “You can see these guys [the bartenders] taking notes and coming up with ideas they might use in their own discipline back at their own bars. It’s a little melting pot.”

“It’s about shining a light on the craft of different professions,” says Smyth. “Take Brazil, where bartenders are seen as lowlives. Our events there are tailored around learning direct tradecraft to elevate what they do and help them see it can be a career, if they dedicate themselves to it and are passionate. That’s the end goal.”

“That’s not unlike how it was for me,” agrees Hysted. “I was bartending at uni and thinking I was going in to advertising, but seeing programs like this, you start to realise this is a serious avenue and you can have pride in your craft.”

But for Smyth, the ultimate goal is building a community. “I’d love it if these guys could walk into a bar in London and recognise someone from the Facebook group, or go to Chicago and put a callout for a job, or just a list of bars to check out, and have a network already in place.”