It’s a title held for the past two years by internationally regarded Brunswick pizzeria 400 Gradi. And while 48h’s South Yarra and Elsternwick pizzerias are closed for dine-in service, get a taste of the glory by ordering takeaway. 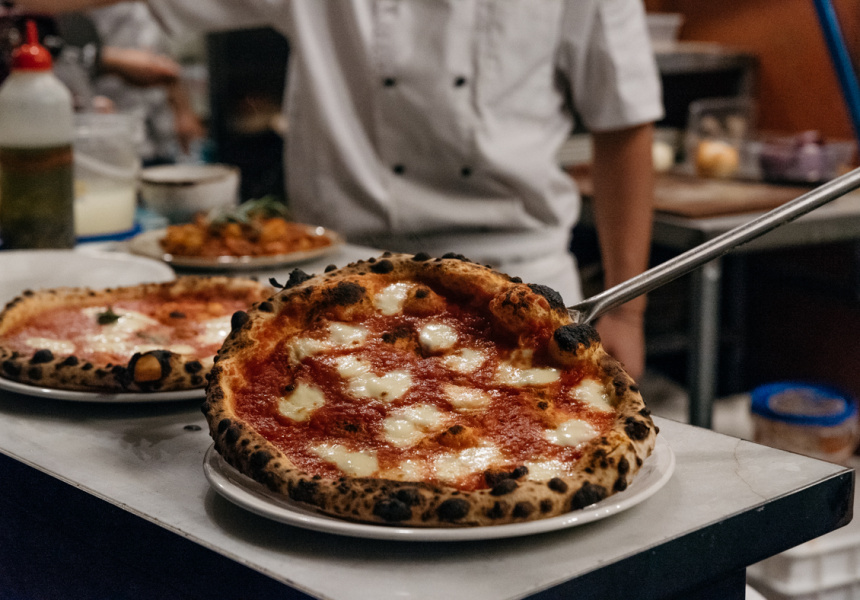 48h Pizza e Gnocchi Bar – which has locations in South Yarra and Elsternwick – has taken out the title of the best pizzeria in Oceania at this year’s instalment of the 50 Top Pizza awards.

It’s a title that was held for the past two years by internationally lauded Brunswick pizzeria 400 Gradi. Anonymous judges – or “inspectors”, as they’re called – travel to pizzerias worldwide, judging them on everything from the pizza to the service and the wine list. Awards are given out to Italian pizzerias and then to other regions around the world.

This year’s top 10 pizzerias in Oceania also included two other Melbourne spots: Seddon’s Mozzarella Bar and SPQR, which has a CBD and Docklands outpost.

48h takes its name from how long pizza dough should be left to rise; it was named by DOC alumni Circhirillo and Fabio Biscaldi, who are behind it. The pizza menu runs the gamut from the classic (seafood-free) marinara to a smoked-ocean-trout number, as well as vegan alternatives. It’s also known for its pillowy namesake gnocchi, and creamy tiramisu.