Samu: A Tiny Teahouse in a City Car Park

Find Zen in an illuminated cube. 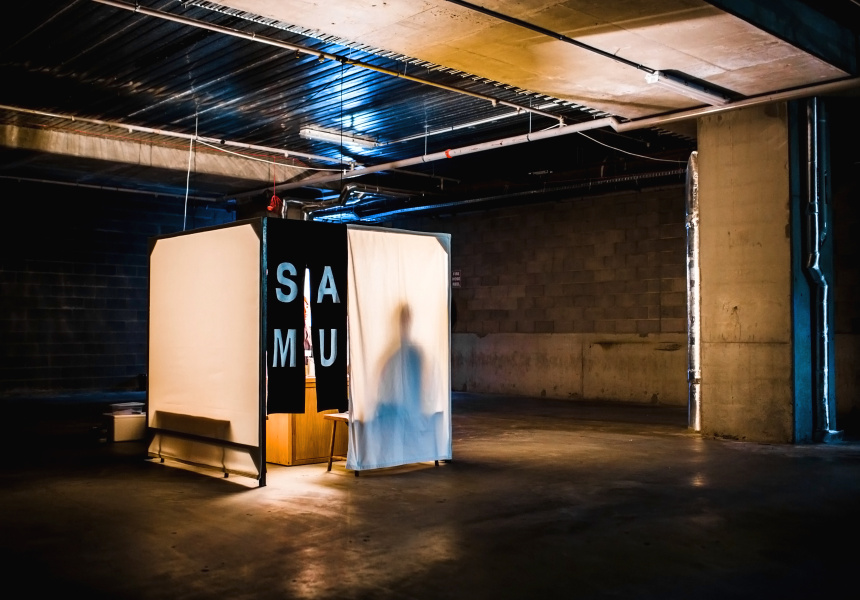 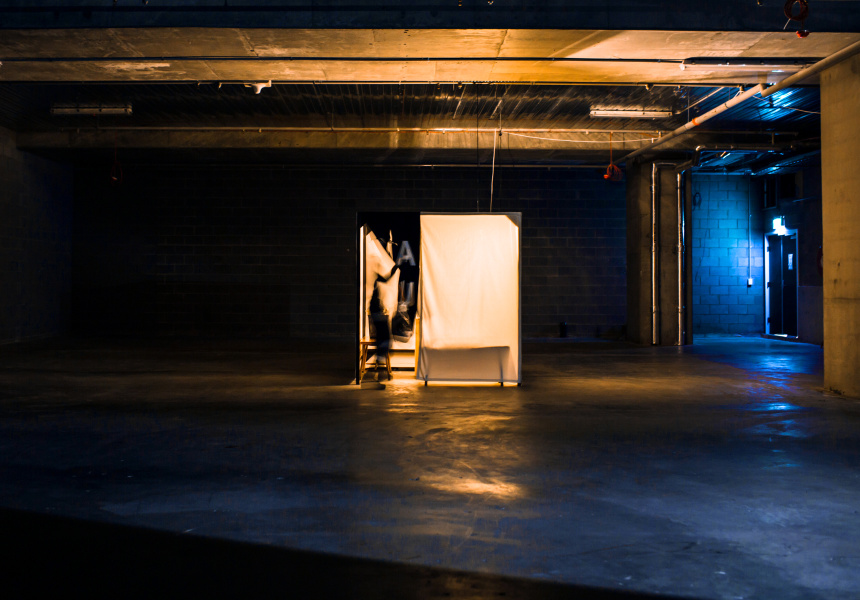 There’s more to matcha than Kermit-green lattes and neon macarons. And though the word “superfood” gets bandied around a lot, this particular iteration of Japanese tea has been considered extraordinary for centuries.

Matt Bax, the eccentric cocktail baron behind Der Raum, Bar Americano and Bar Exuberante, is intent on showing us why with a two-week pop-up inside Supernormal. It’s called Samu.

“The kilo jars of green powder baking next to your local cafe's espresso machine is not matcha,” he warns.

While Bax is best known for mixing booze in high-concept bars, he became interested in the intricacies of the tea ceremony. He was tutored by tea-master Sensei Sōmu (who will also appear at Samu). Sōmu is also known as Adam Wojcinski, a performance artist who uses ceremonial tea as a recurring motif.

Bax will serve a hand-picked, first-harvest, stone-ground matcha called Dawn Moon created by Sōmu. He’s also using water from a Victorian mountain spring he sources himself, water he claims is the cleanest ever tested in Australia. “Its the best water I’ve ever tried,” says Bax. “Incredible.”

The aesthetic aspect of the tea service can’t be understated, either. Considered an art form, Bax has curated the space in which the ceremony will be performed. Handmade chawan tea bowls have been commissioned from local potter Sue McFarland. All the tea equipment comes direct from Kyoto. Rob Hook designed the tea-house structure, and Ravi Avasti built the tea bar. Bax’s own paintings adorn the walls.

The illuminated cube sits in a vacant car park, which can be accessed through Supernormal. It’s eerily quiet for an open space in the middle of the CBD.

Bax hopes Samu can convey some of the ceremony’s complexities. “Mindfulness may be a buzz word now, but its a core value of tea service and Zen,” he says. “Our name refers to the Zen notion of mindfulness in the working state – being engrossed totally in that moment, regardless of how mundane you may think the task is.”

He also hopes to convey some of the complexities of tea itself. “We are hoping to give people a glimpse of the fact the positives of a matcha service are not just about the many antioxidants and slow-release energy,” he explains. “We’re excited to show people what real fair-dinkum matcha should taste like.”