More than 750 pizzaiolos from around the world entered the competition, and the head chef at 48h Pizza e Gnocchi Bar took home the Australian prize. 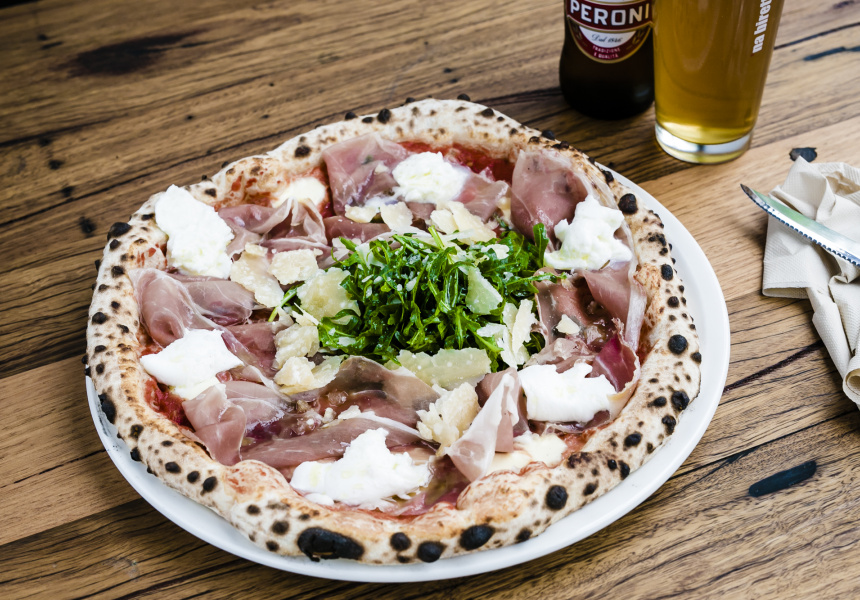 Circhirillo – who was born in the northern Italian region of Piemonte – competed in the Pizza Classica category with his Di Parma pizza, which comes topped with tomato sauce, fior di latte (a style of mozzarella), prosciutto di Parma, air-freighted mozzarella, rocket and Grana Padano. This particular category allowed entrants to choose their type of oven and flour; Circhirillo used a woodfired oven and flour types 00, 0 and 1. Participants were also judged on presentation, cleanliness and technique.

This was Circhirillo’s third year in a row competing in the championship, and with more competitors than ever – 763 contestants from 41 countries – competition time for each contestant was cut from 20 minutes to 12.

But Circhirillo used his experience from previous years to his advantage. Dough is a fickle beast, so to combat the temperatures and humidity differences between Australia and Italy, he converted a hotel room into a dough production facility for three days.

“We didn’t have any fridges so we’d wake up every two hours in the night to check the dough … It was a full-time job,” he said.

If the dough wasn’t rising, the hotel’s heaters would be turned on. And if the dough rose too quickly it would be placed on the hotel balcony to slow the process.

“The temperature in the room was really high,” says Circhirillo. “It was like being in Fiji.”

Ultimately he took eight batches of dough with him to the competition site to choose from, only two of which were usable by competition time.