Forget the big brands. Local chef Harry Stephens, who did his apprenticeship at Movida, is hand-making kettle-cooked potato chips in Port Melbourne. And he’s one of few Aussies doing it on such a small scale. The retro, ’50s-style brand has flavours such as tangy dill pickle, barbeque-y smoked tomato and the spicy-sweet mango habanero. 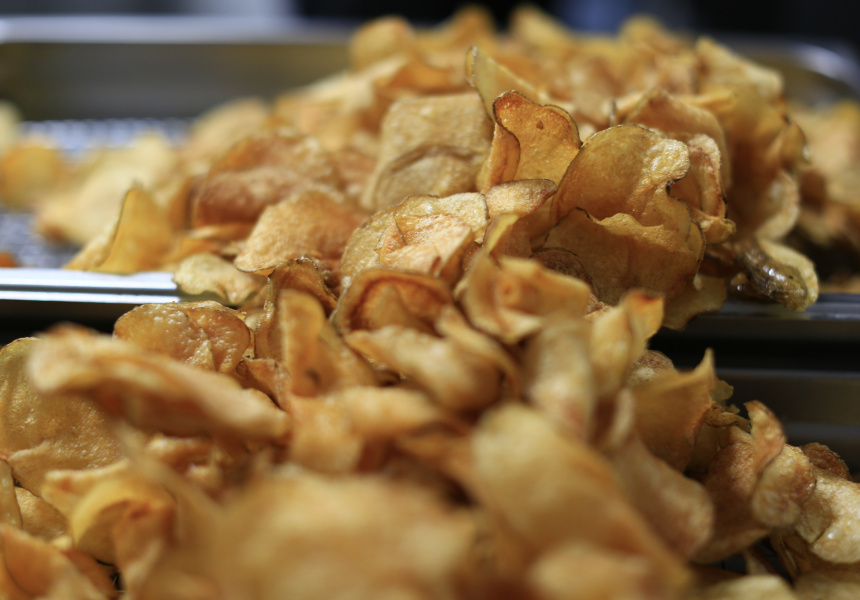 If you think total potato-chip devotion is as simple as single-handedly (and regularly) smashing a family-sized packet on the couch, Melburnian Harry Stephens has news for you.

In May 2020, the chef by trade left his day job at Brunswick brewery Thunder Road to pursue his chip business, Chappy’s Snacks, full time.

His old-school-looking line of kettle-cooked potato chips channels US chip companies of yesteryear. And there are five core flavours: sea salt, smoked tomato, dill pickle, mango habanero and honey dijon – all cooked and seasoned by hand in a Port Melbourne factory.

“It was a bit of a side hustle for about 18 months,” Stephens tells Broadsheet. “My employers at the time, who were my really good friends, asked if I wanted to test out any new products through their menu.”

Stephens obliged, using the brewery’s food truck as an incubator to test snacks that go well with beer. One was potato chips, which Stephens learned how to make while apprenticing at Movida. But he adapted the recipe slightly, opting for a North American-inspired slow-cook as opposed to a traditional fry. “They were an instant hit,” Stephens says.

Given the response, he began packing them up in clear plastic bags and selling them to brewery-goers. He also started testing out different flavour profiles, several of which feature in the current Chappy’s range. “Dill pickle was one of the first flavours, then barbeque, which morphed its way into smoked tomato,” says Stephens. “I had a dehydrator, so I was doing quite a bit of the R and D on flavours and seasonings and blends.”

About a year in, Stephens came around to the idea that his after-hours venture could be a whole lot more than that. So, he moved his operations to Port Melbourne, enlisted the help of a brand and design expert, and went all-in. “The brand was born out of ideas and inspiration from really retro, ’50s-style potato-chip brands,” says Stephens. “I even bought this chip book which explores the history of potato crisps in the USA.”

While kettle-cooked potato chips have an extensive history of production in the US, all-Australian operations aren’t quite as prevalent. Though there are a number of big-name Aussie-made brands – such as Smith’s, Red Rock Deli and the Snack Brands range, including Thins and Kettle – small-scale producers are harder to come by.

Given the time and effort funneled into each bag of Chappy’s, it’s not hard to see why.

According to traditional kettle-cooking techniques, each batch of Aussie potatoes is slow-cooked in sunflower oil from a low temperature directly after slicing. As the chips cook, the temperature is gradually increased until the potatoes become tanned, crisp and curly.

“The batch takes up to about 10 minutes and needs continuous stirring, which is very laborious,” says Stephens. “That’s why it’s so premium … It’s a bit more expensive and a bit more of a risk, but as a small business it allows me to sell really good products.”

After frying, the chips are seasoned by hand in a seasoning drum before being weighed, packaged and sent off to retailers. That includes Melbourne spots such as Meatsmith, Smith Street Alimentari and Carwyn Cellars.

Chappy’s Snacks is stocked at dozens of grocers, cafes and bars across Melbourne and regional Victoria. Find a list of stockists here. They are also available online. 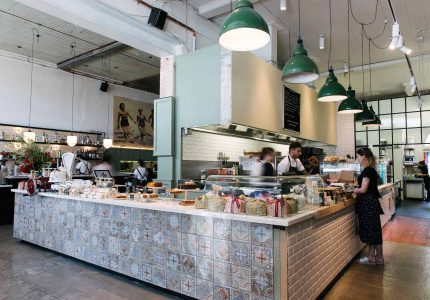