Some of Melbourne's best chefs are coming together to show you a new approach to eating. 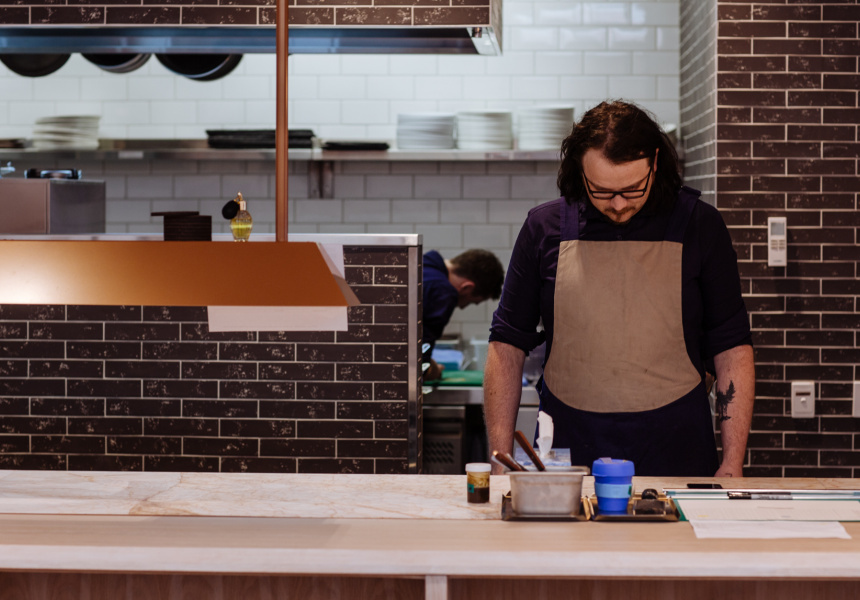 Australian consumers waste 20 per cent of food purchased and throw away one in five shopping baskets of food every year. About four million tonnes of food ends up as landfill, yet one in six Australians report having experienced food insecurity in the past 12 months.

Rescued food is safe food that is destined for rubbish heap, and to challenge society’s stance on food wastage, Lûmé's Shaun Quade, Philippa Sibley of Syracuse and Ryan Andrijich of Whack it on the Barbie, are taking over Queen Victoria Market for one night only to put on a special dinner for Melbourne Knowledge Week.

Each chef is in charge of cooking one courses for 120 guests.

“Growing up in a farming family in Western Australia, it was routine to reduce waste and preserve when things were in abundance and we certainly didn't throw things away for being a funny shape," says Andrijich.

To start, diners will enjoy a carrot and chervil soup with roasted shellfish, created by Sibley. Other dishes on the menu include an ancient grain salad, charred cucumbers and a lamb tagine, all cooked using recovered ingredients. The final course is a quince lardy cake with a beef-fat caramel and mandarin catalana, created by Quade, which makes use of by-products that are normally thrown away.

On the night, tables of eight will be set up in the market's Dairy Hall, with spare seats for the chefs to sit and talk to diners about challenging food norms.

“I love seeing the response from people when I use lesser know cuts of meat” says Andrijich. “Even in the city you can reduce waste and save money with a bit of thought and not that much work.”

Rescue Dinner runs from 6-9.30pm on Wednesday May 3. Spaces are limited. Tickets here.

Broadsheet is a proud media partner of the Melbourne Knowledge Week 2017.