But there’s a casual Japanese-Korean diner on the horizon. Expect something in line with the chef’s other eatery, the neon-lit, hawker-style Gingerboy. 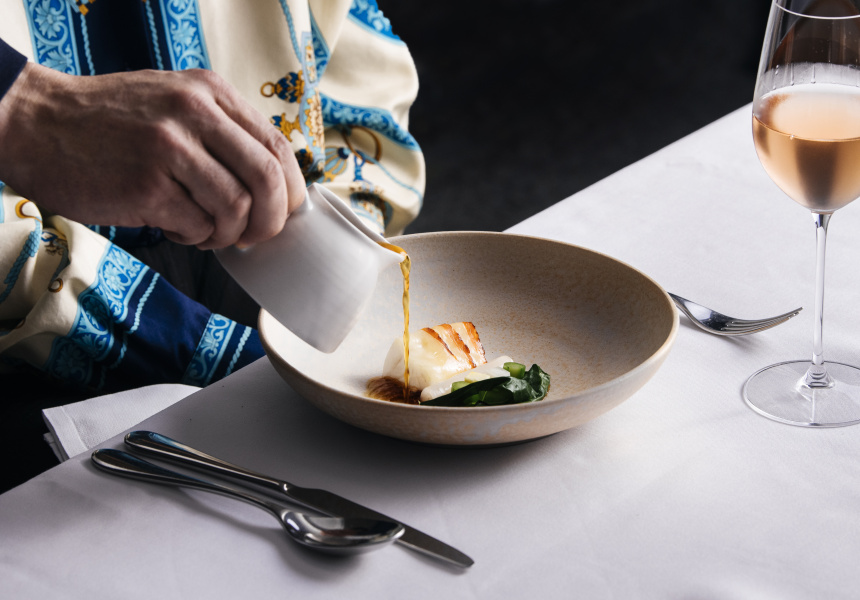 Like hundreds of other Melbourne restaurants, the flash Flinders Lane eatery shut when the coronavirus pandemic took hold in March. But on Thursday June 4, the team confirmed it will not reopen, even as restrictions lift.

Speaking with Broadsheet, Ezard says that coronavirus isn’t the sole reason for the closure, rather the catalyst for a change that was long in the works.

“Looking at the current situation and climate that we’re in, looking back at what we’ve achieved in the last 20 years, it was just time,” he says. “But also, for me, it’s time for a different direction. Time to do a quicker, more casual concept.”

That more casual concept is still in development, but expect something in line with Ezard’s other eatery, the neon-hued, Southeast Asian hawker-style city spot Gingerboy, which is serving takeaway until it reopens in a few weeks.

“We’ve been working on something for quite some time. It’s a fun, fast-casual, scalable model that offers great value and still has hallmarks of Asian cuisine,” Ezard says. “I’m really focused on Korea and Japan, and we’re looking at incorporating elements of modern Indian into that as well.”

The team is looking at city and city-fringe locations for the as-yet unnamed diner, and has plans to eventually expand to Sydney.

Ezard launched with a lower-case ‘e’ in its logo (“because the internet and email were all the rage,” Ezard says) at a time when Melbourne’s dining scene looked drastically different.

“In 1999, there were really only two restaurants on Flinders Lane, and that was Langton’s and us,” Ezard says. “It was a very, very different landscape.”

The diner has gone through several evolutions since, the most recent involving a radical menu and design overhaul.

The business was also the focus of a Fair Work Ombudsman investigation last year after accusations of staff underpayments, which Ezard says has been settled. (In a statement, the Fair Work Ombudsman said it “has assisted employees of Ezard and Gingerboy to recover unpaid wages and entitlements. It would not be appropriate for us to comment further. Any workers with concerns should contact us directly for assistance.”)

“I’m just very grateful for the time and the years we’ve done at Ezard, and the customers we’ve managed to make happy. And I think we’re going out on a high.”

Customers with Ezard gift vouchers can contact the restaurant for a full refund, or they can be exchanged for Gingerboy vouchers. This article was updated on June 29 to include the Fair Work Ombudsman statement.