Meet Your Maker at the Highway 1 Street Party

20 winemakers. Four outstanding chefs. This laid-back wine and barbeque party at the Convent is the perfect way to kick off your long weekend. 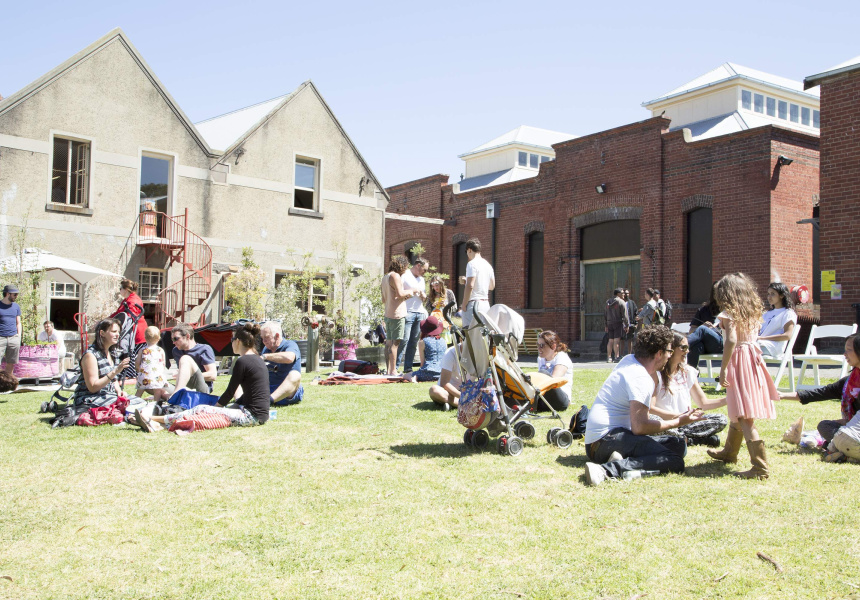 Set aside the intimidating terminology or stuffy surrounds you associate with wine tastings. This one’s different. It's called Highway 1 Street Party, it's happening at the Abbotsford Convent this Saturday, and it will be awesome.

The event brings together 20 Victorian winemakers and four outstanding chefs in a casual barbeque setting. "We didn't want it to be a formal tasting,” says Campbell Burton, sommelier at The Builder's Arms Hotel and Moon Under Water. He organised the party with his head chef Josh Murphy and winemaker Patrick Sullivan.

"We didn't want it too big, either,” he says. “We want every single guest to have a chance to speak to the guy who brewed the beer, speak to the winemakers, and speak to the chefs." Beer? Yep, the trio have enlisted Bridge Road Brewers in Beechworth to make one specially for the event. It's a hoppy pale ale bulked up with a touch of rye.

The four chefs are drawn from exceptional stock. There's Murphy; Aaron Turner, formerly of Loam and Belle's Hot Chicken; Dave Moyle, who owns Franklin, a well-regarded seafood restaurant in Hobart; and Dave Pynt, who just flew in from Singapore, where he runs a venue named Burnt Ends. As the name hints, Pynt is famous for his ability to cook with coals.

To make the most of this, a coal-fired brick oven is being built on the Convent's gently sloping lawn. Pynt and the other chefs have each selected a different kind of protein to stick in there, be it fish, pork or beef. The resulting smoke will form a piquant backdrop for the event, where winemakers will circulate, personally pouring their products and answering questions.

"We didn't want to focus on any one style or producer, they just had to be Victorian," Burton says. Thus the list includes old vineyards such as Mount Mary, Crawford River and Bindi, plus upstarts Patrick Sullivan, Chapter and Luke Lambert. Andrew Marks will also be floating around, pouring wine and gin from his twin pursuits, Gembrook Hill and Melbourne Gin Company.

Music is by Groove Control, a DJ duo composed of Chico G and Maxwell. Highway 1 runs from 7pm to 11pm, and the DJs will be dropping vintage funk, soul and R'' B the whole time. "They read crowds impossibly well,” Burton says.

Highway 1 Street Party will be held on Saturday March 7 at the Abbotsford Convent. Tickets are limited and available here.