SPQR, Romeo Lane Alum to Open The Mayfair, A Supper Club in the CBD

A luxe, New York-style bistro from the founders of SPQR and Romeo Lane, in the old Pei Modern space. 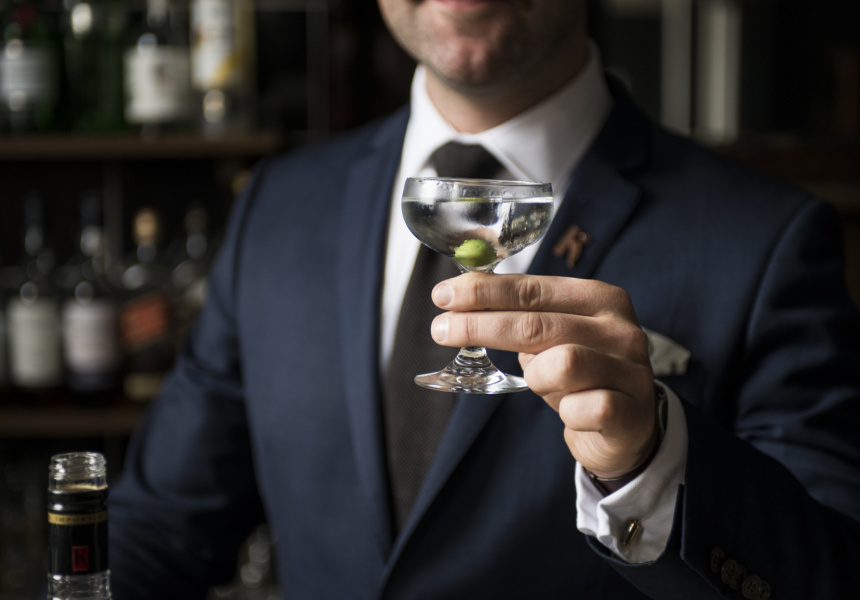 “Where can you go to get caviar and oysters past midnight?” is the question Joe Jones (Romeo Lane) and David Mackintosh (currently of SPQR, Pei Modern) asked themselves before beginning plans for their soon-to-open bistro, The Mayfair, on Collins Street.

The idea for the restaurant began with Jones’ fascination with the famed Stork Club in New York – a bar and nightclub established in the last days of Prohibition by an ex-bootlegger and at one time part-owned by a cabal of mobsters. Over it’s 30 years the club was a symbol of wealth and power, frequented by celebrities and cultural icons including Grace Kelly, Ernest Hemingway, Marilyn Monroe and Frank Sinatra.

“I was sort of locked in this state of obsession,” says Jones. “That club culture is non-existent really in Australia. That whole sort of ‘dinner and a show’ vibe.”

There will definitely be music at The Mayfair, he says: “we already have someone we really like as a house band, lined up”.

Jones and Mackintosh have carefully considered the acoustics throughout the design process, leaving room for a special inclusion.

“We’ve left a portion of the dining room quite clear, big enough for a piano,” he says.

While this may sound like a rarefied environment, Jones says another of the restaurant’s inspirations is restaurateur Keith McNally’s Manhattan brasseries, including the perennially cool Soho institution Balthazar and the Beekman Hotel’s Augustine, where classics are executed with finesse.

Closer to home, he’s “really enjoying places like the French Saloon,” he says. “[It’s] a return to proper food in some regard.”

“The steaks are awesome, the oysters are cracking, the steak tartare is incredible – that’s the kind of food that I want to eat. It’s delicious, it’s got substance and you’re not overthinking the whole situation. Food that’s good to share with your friend and smash a bottle of wine with.”

He’ll be taking a similar approach in the bar, following the lead of New York bars such as Attaboy and Milk and Honey.

“They figured out how to do the simple stuff the best they possibly could and ran with it,” says Jones. “I would rather make 100 Martinis – just stock standard for people every night – and watch them enjoy that than have liquid-nitrogen and tricked-out bullshit tipped into my drinks.”

It’ll slot into a space inside the Sofitel, formerly occupied by Mackintosh’s Pei Modern. The pair has been working with Mills Gorman Architects and designer Louisa Roth on the interiors. But much of the design has come from Jones and Mackintosh shooting ideas back and forth.

While the hunt for a chef is still on, they’ll be bringing Elle Fredrick (previously of Sydney fine diner Bentley) on board as general manager.

In Jones’ previous life he was a musician, so he does have some experience tinkling the ivories. But it’s unlikely you’ll see him behind the piano. Unless it’s late.

“When everyone has left at night I might have a little rock around on it.”

The Mayfair plans to open in August.