The Pope Joan chef is rearing pigs and making biscuits, pickles and marmalade from the distillery’s discarded grains and botanicals. 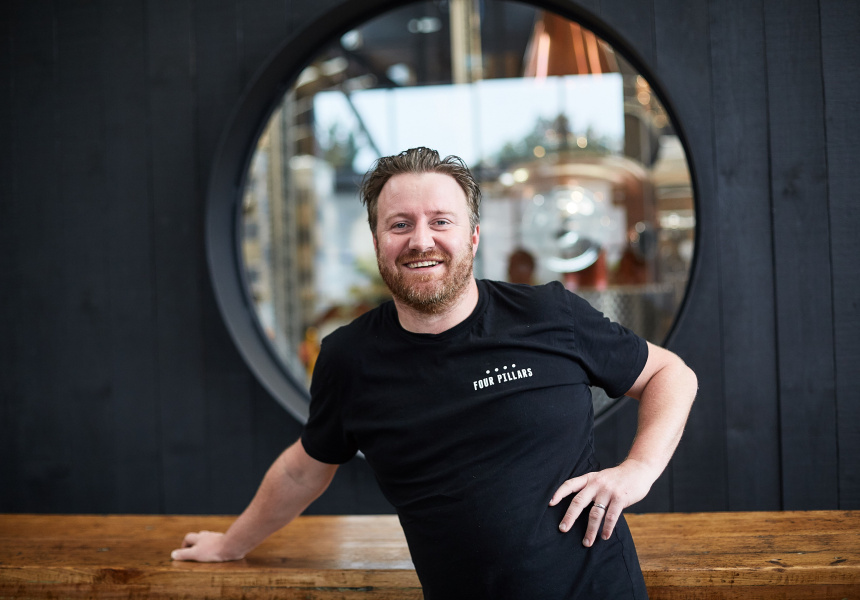 Australian distillery Four Pillars Gin was founded with the mission of elevating the craft of gin distilling, but the team behind it is also dedicated to closing the loop in the distilling process.

Aside from its craft spirits and limited-edition Bloody Shiraz gin, Four Pillars has also been making marmalade and collaborating with local producers to make cheese and chocolate from the by-products of the distilling process.

The celebrated chef is an advocate of low-waste cooking, having applied the principle to his previous venues. His new position as creative director for Four Pillars’ Made From Gin line is part of a larger mission to reduce waste in the food industry.

“I’ve been looking at all levels of waste within the food world, and I’ve been fortunate enough to see many variations of food,” Wilkinson tells Broadsheet. “A lot of people talk about waste in the restaurant world, and it’s brilliant. But I’m trying to look at waste and by-product in bigger scale manufacturing.”

The partnership began after Wilkinson hosted a pop-up for the Four Pillars crew at Pope Joan. He asked Jones, Gregor and Mackenzie for gin by-product he could use to cook with salmon, and more ideas blossomed from there.

“Four Pillars is one of the most forward-thinking companies in Australia, and I think this showcases their dedication to being thoughtful about everything that goes into making a gin,” says Wilkinson. “[It’s] a company that exudes fun, with good ethics.”

A batch of Four Pillars gin uses around 300 kilograms of spices or botanicals, along with about 40 kilograms of fruit. Wilkinson has developed gin pickles, gin cheese biscuits, salt and gin vinegar crisps, gin butter, and gin-cured smoked olives from the leftovers. They’ll be available for purchase or to snack on during tastings at the distillery in Healesville, although there are future plans to distribute across the country.

Also available exclusively at the distillery will be a smorgasbord of smallgoods made from Four Pillars’ gin pigs – bred locally at Yarra Valley Berkshires and fed with 25 per cent gin botanicals – such as salami, prosciutto, bacon and sausages; as well as sausage rolls made with gin salt, gin-apple puree and pastry with gin butter.

Wilkinson is having fun with all the possibilities. Aside from food, he’s looking into making teas, face scrubs and body rubs out of the gin botanicals. He’s also taking the range and the gin pigs on tour, with plans to host pop-up events and spread Four Pillars’ low-waste philosophy.

“It’s an amazing opportunity. They’ve put faith in me to come up with a range of products, and I’m allowed to just go wild with it. It’s a really exciting time,” he says.

You can try the Made From Gin line at Four Pillars’ Yarra Valley distillery now.