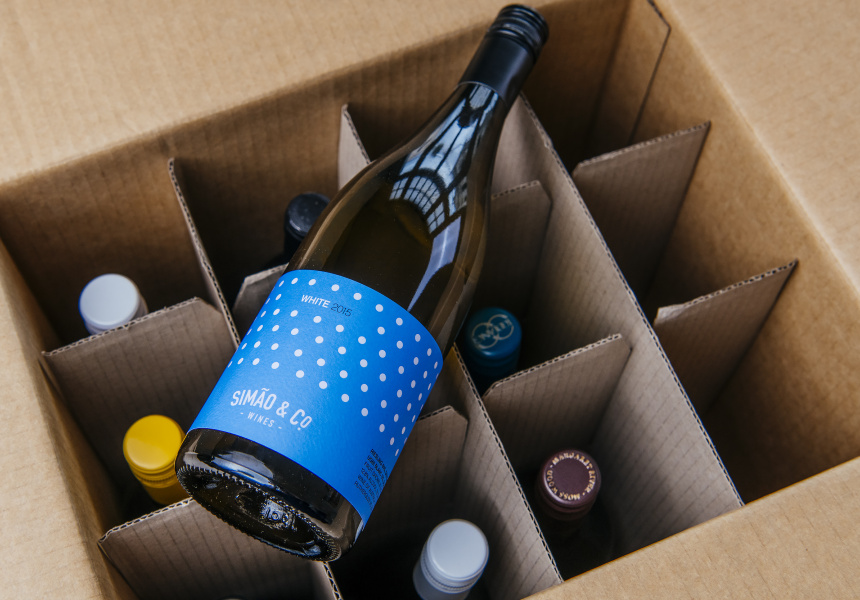 Deadman’s Dozen is a wine subscription, in a black box, named after a bluestone Fitzroy laneway that’s home to Andrew McConnell’s Marion.

The wine bar and restaurant launched a monthly wine box in 2016 but the concept has since evolved from focussing narrowly on good-value wines to presenting wines that fulfil that brief but also “excite” the team, says Liam O’Brien, the wine buyer for Marion and McConnell Group stablemate Cutler & Co.

“We felt it should be a truer reflection of coming into our world and choosing wines that were a bit more detailed and complex,” O’Brien says. “It's totally a reflection of the ethos of Marion. The place as a whole, the wine list, the staff, the wines by the glass. It should be a little piece of Marion at home.”

Each month’s selection is curated by the entire Marion wine team, so naturally there’s heated – but healthy – debate about what makes the cut.

The boxes feature 12 bottles; there’s a rose, a sparkling and a mixture of red and white. Generally the box will contain an even spread of the latter, but O’Brien and co let seasonality and taste inform the collection. That means in winter you may find a couple of extra reds, and in summer more skin-contact options and whites. The mix ranges from classic flavours to more unusual drops, so one month it might be a Burgundy rosé alongside a funky orange from Victoria; the next, a rich Bordeaux next to a delicate riesling from a local producer.

O’Brien says it’s all about discovery and getting deep “into the magnificent world of wine” while exploring the passion of the producers behind them. Finding wines that are an expression of a particular grape or region is key, and also part of the fun when deciding each month’s selection.

The April haul, for example, included a bright 2017 piquepoul (a white French variety) by Borrowed Cuttings. Made in Cowra in New South Wales, the wine has been developed specifically to drink with oysters. Winemaker Steve Feletti is also an oyster farmer, and his vines are planted in earth strewn with the mollusc shells.

“It's totally indulgent to have a boss that lets you wallow in your passion, talk about it with like-minded individuals and then put together a summary of the wine adventures you want to go on,” O’Brien says. “And take people along with you.

“As a team we love the process.”

Marion provides tasting notes, but they’re not filled with esoteric wine jargon – you won’t see the word “tannin” anywhere. Instead you’ll get some insight into the winemakers and the tale behind each bottle, and what it will drink well with, what it smells like, what makes it worth your time. It’s a starting point for more discovery if you feel like it.

“If you happen to like a particular bottle and jump on the Google machine, in most cases you will find an incredible story of people who are as obsessive as we are,” O’Brien says.

The $270 price tag means each bottle averages out to $22.50 – solid value for a box that includes some of the most exciting local drops on the market. The boxes are only available to Melburnians at the moment and can be bought as a subscription or as a one-off. A six-month subscription comes with free delivery in the Melbourne metro area, or buyers can pick up their Deadman’s Dozen at Marion.