The brothers from Lygon Street’s much-loved Lebanese pizzeria have opened a new cafe. 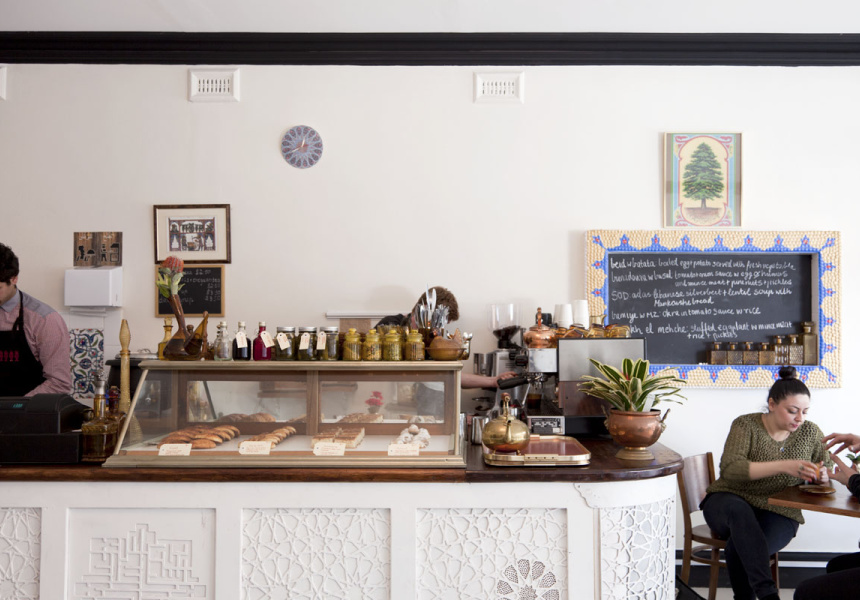 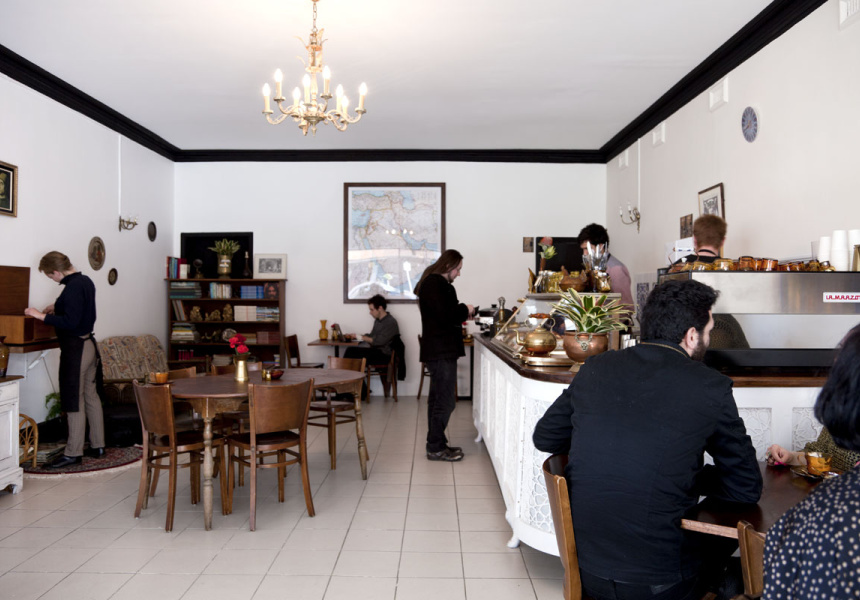 Just shy of two years since Mankoushe introduced Brunswick East to their cheap and cheerful Lebanese pizzas, the brothers behind the wood-fire oven have built a cafe next door.

Currently unsigned and simply described as ‘the cafe next door’, Mankoushe Cafe is the newest venture by Jad and Hady Choucair, who arrived in Australia seven years ago, bringing with them a wealth of knowledge about Lebanese treats.

The cafe aims to create a middle ground between the greasy, midnight kebab joint and the multi-course, high-end Middle Eastern restaurant. Jad, who will be in charge of cooking at the cafe, says they’ve always wanted to sell more than pizzas, but were just waiting until a space opened up. “Our menu will be very simple, the kinds of things we cook at home, and it will keep changing depending on the ingredients we can get our hands on,” he says.

Indeed, the food spans the Middle East with basics such as melt-in your-mouth awra inab (vine leaves stuffed with rice and mince meat), mdardar (steamed rice and lentils with caramelised onions) and pita bread to mop up the sauces making for staples on the menu, which will be rotating every two to three days.

“We didn’t want a set menu, so people don’t get bored,” says Jad. “And we’re making food from across the Middle East so the menu will change constantly.”

The space itself is like a grown up version, or an older brother, of Mankoushe. While Mankoushe is vibrant with its red chairs and walls covered in playful scribbles of pizza-headed men, the cafe is toned down with partly tiled walls and a shelf laden with homemade, rainbow-hued pickles and marinated cheeses.

One thing that hasn’t changed is the welcoming atmosphere. Stopping by is like popping into the Choucairs’ kitchen for a home-cooked meal.