Start your day with a glass of purple goodness. 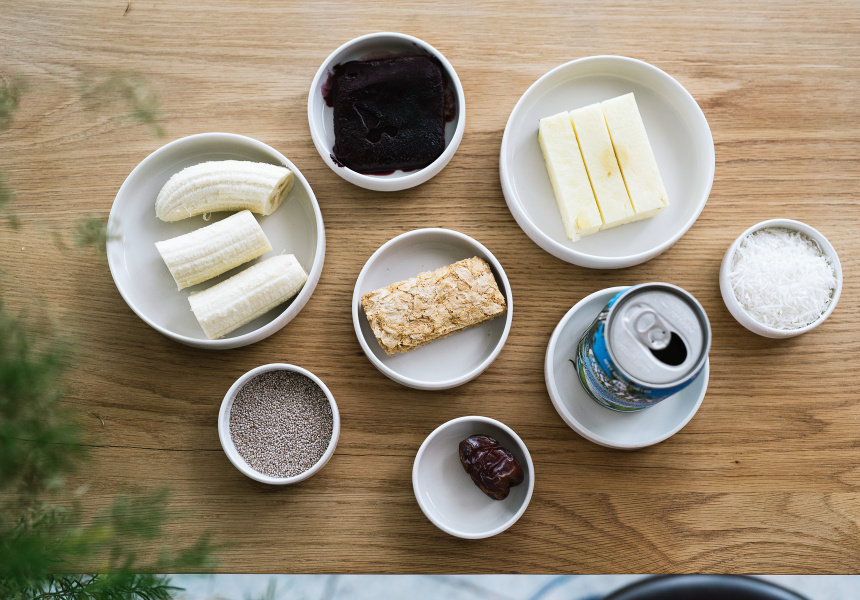 Pay a visit to Mammoth in Armadale and you’ll quickly realise the kitchen is all about twisting your expectations of a cafe menu. Whether that’s serving black-sesame sponge alongside ginger-cured salmon, or a cherry lamington puffed pancake, the Mammoth team isn’t afraid to test the limits.

Owner Jamie McBride has added a summer smoothie – created in partnership with Broadsheet and Weet-Bix – to celebrate summer. He trialed six options before settling on the final bright-purple mix of frozen banana, pineapple, coconut water and other goodies.

“In summer, when you’re not feeling like a big breakfast, a smoothie is a good way to go,” McBride says. “It’s a really good way to have heaps of different bits and pieces you wouldn’t normally.”

The Mammoth summer smoothie has added acai berries, white chia seeds and a good ol’ Weet-Bix for fibre. “I still eat Weet-Bix for brekkie with honey and milk,” says McBride. “I had them my whole life growing up. It’s such an iconic Australian food.”

Mammoth will serve this limited-edition smoothie for the rest of summer. You can also recreate it and take it beachside with the recipe below.

Put the following ingredients into a blender and blend well.