Johnny Di Francesco wasn’t satisfied with being a good pizza maker so he went to Naples to become a great one. We visited his Brunswick pizzeria 400 Gradi to find out just what makes his pizzas so good. 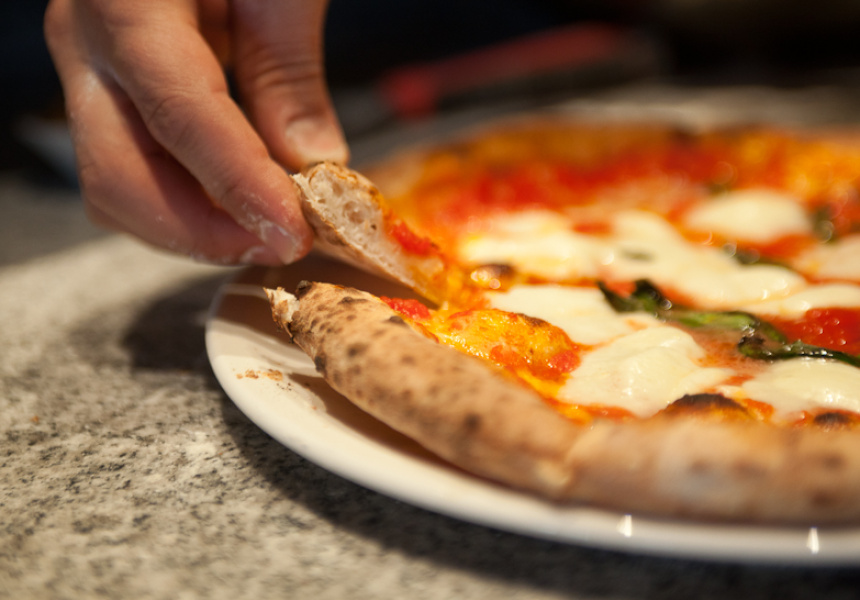 Johnny Di Francesco started making pizzas when he was 12 and opened his first pizza shop in Moonee Ponds at the ripe old age of 18. Now 34 years old, he’s barely looked back since – well not completely. You see, Di Francesco isn’t afraid to look to the past for inspiration. He has incorporated tradition and heritage into his pizza making process and now creates what are arguably some of the better pizzas in town at his Brunswick pizzeria, 400 Gradi.

Any good pizzaiolo knows that a quality pizza starts with the dough. Di Francesco is taking time out on a Tuesday afternoon to talk us through his method of pizza making and, especially, the all-important dough.

It’s a thoughtful, evolving and time-consuming process. In his first shop, all those years ago, he produced good pizza, but not great pizza. “It was a lot of trial and error,” Di Francesco says as he stands over the white marble bench in the already buzzing kitchen, filled with chefs prepping for the night’s service.

“Then one day I thought, ‘I’m going to go back to basics and it worked,” he continues. “A couple of years ago I decided to go to Naples and did a course there as well… I just wanted to get better, I wanted to brush up on what I knew and also my dad is from Naples. I wanted to get back to tradition and see exactly what it is and why the pizzas in Naples are so good.”

He did a course with the Associazione Verace Pizza Napoletana, a Naples-based international association of which he is now the Australasian principal. What Di Francesco discovered is that while he was doing 95 per cent of things right, it was the small, finer details that he learned in Naples that made all the difference.

“A couple of little things made my product even better,” he says. “I was cooking in wood-fired ovens for a long time but never at 400C. I didn’t understand that concept and then [after] going there I did. The temperature, how long you rest your dough, the quality of the simple ingredients – it all matters to the final product.” Pizza making sounds simple and in a way it is, but it’s the time, the rotation of the dough and the quality of the ingredients that make it something special.

“To make pizza dough, you need 600ml water, 30g salt, 1kg flour and 1g yeast,” he explains. “That’s the trick, as too much yeast doesn’t give natural fermentation – it proves too quickly and dies too quickly. Neapolitan pizza is light and digestible for this reason; there’s not much yeast, it’s easy to eat.”

Di Francesco also shudders at the thought of putting sugar in pizza dough. “Sugar is used to speed up fermentation, it rushes it and keeps the dough a good colour when the yeast is dead and the dough is old. I don’t like it.”

The dough he is making today will make about six pizzas. This is also how he makes his dough everyday, albeit in a mixer, for the following day. “It has to prove slowly, at the right temperature, not too cold or too hot.”

Any leftover dough after a night’s service is made into bread. “I don’t like to throw away dough, it breaks my heart,” he smiles. “We get a good bread from the dough and serve it in the restaurant.”

While we’ve been talking, the oven has been firing, waiting to get to that ultimate temperature of 400C. Di Francesco has broken so many thermometers that he goes by feeling and instinct now. “I know when it’s ready,” he says. He makes us a pizza from dough made the day before. It’s a simple Margarita – “My favourite,” he says. “It’s the favourite for our customers too.”

We sit down to eat and the dough is subtle in flavour, slightly charred, a little chewy and pliable. The tomato is sweet, the buffalo mozzarella a creamy, salty, perfect addition.

It’s the simplicity, the quality, the time, knowledge and skill that transform a good pizza into a great one. Studying in Naples to perfect your craft doesn’t hurt either. 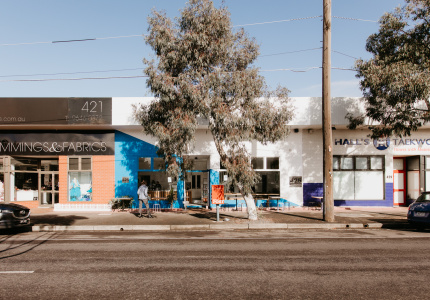 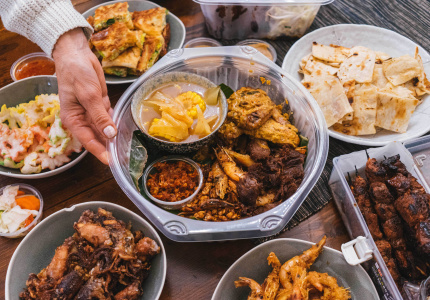 PSA: You Can Now Order From More Than 60 Indonesian Eateries via Little-Known Whatsapp Group Indozfood

Mile End Bagels Is Opening a Second Store, in Brunswick, This Week

PSA: You Can Now Order From More Than 60 Indonesian Eateries via Little-Known Whatsapp Group Indozfood

Mile End Bagels Is Opening a Second Store, in Brunswick, This Week