The new coffee house is one of several in the works from the Richmond coffee roastery. Try around 10 different single-origin brews a fortnight, learn how to home-brew, or pop in for a coffee and lemon-curd almond croissant. 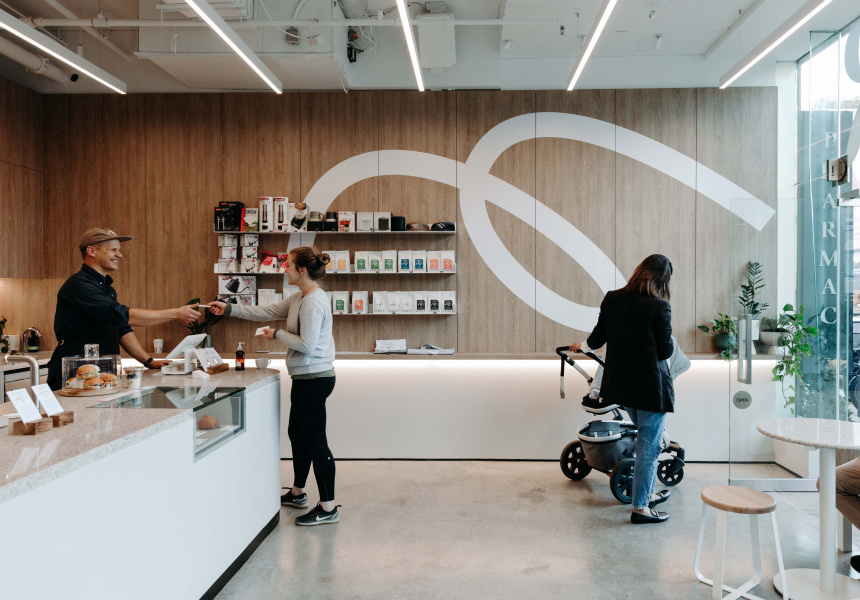 Four years later, the Vrooms had bought a coffee roaster of their own and opened Maker Coffee, a single-origin coffee roastery in an industrial area in Richmond.

“[At Maker Richmond] About 80 to 90 per cent [of our] clientele are regulars,” says Stephanie. “We know their families and keep up with their daily lives, which is something we loved at Ora and always want to continue.”

The Vrooms were on the cusp of further expansion, with several smaller Maker coffee houses scheduled to open in 2020, when Covid-19 hit. A CBD outpost remains on hold, but Maker in South Yarra opened in April, operating inside the Como Centre on Toorak Road.

The focus is coffee, but there’s also a small daily selection of sandwiches and sweet pastries from family-run Southern Italian deli Via Porta in Mont Albert.

You’ll regularly find a peri peri chicken sandwich, or one with mortadella and pickled artichoke in the cabinet alongside plain and almond croissants (the almond croissant is filled with lemon curd) and pain au chocolat.

The space is bright with natural light, thanks to street-facing windows, and there are 15 seats around five granite-topped round tables, set up to facilitate conversation between customers and staff.

“There’s a lot of equipment and terminology out there and some people feel intimidated by it,” says Stephanie. “We have customers say, ‘I feel so dumb, but what’s a filter coffee?’ So we’re trying to educate our audience while being approachable at the same time and minimising any awkwardness.”

The space is decorated in a minimal fashion with plants and blond timber accents, but a commissioned painting of cockatoos and colourful milk crates by Melbourne artist Madeleine Simson adds pops of yellow, orange and teal to one feature wall.

Opposite is Maker’s retail section with take-home coffee beans and brewing equipment.

Each fortnight there are 10 or so different single-origin brews on the menu, and the Vrooms pay careful attention to sourcing, roasting and cupping, rather than blending beans from different coffee regions.

Maker baristas are trained to guide customers through a personal coffee-tasting experience and will happily explain home-brewing techniques using equipment from Moccamaster, Aeropress, V60 and more. 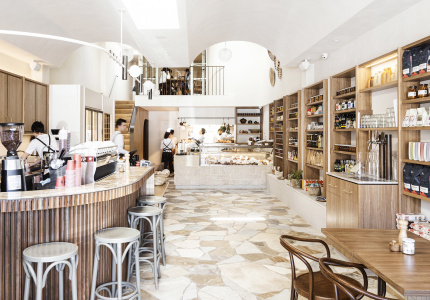 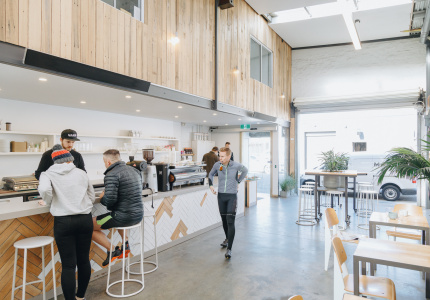