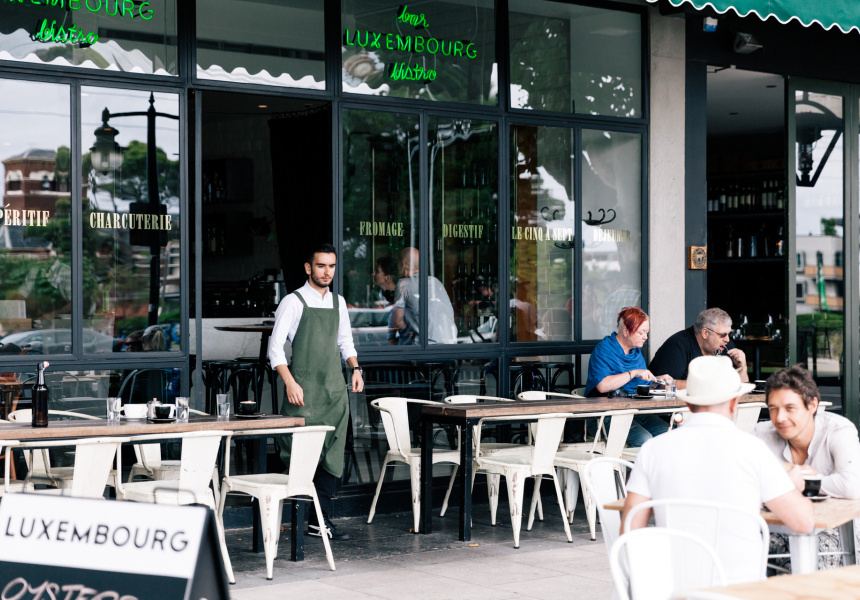 Following news that Andrew McConnell’s Fitzroy flagship Cutler & Co. was reopening after a lightening-quick renovation with chef Chris Watson in the kitchen, McConnell and his group will close St Kilda’s Luxembourg.

A partnership between Watson and McConnell, Luxembourg opened on Fitzroy Street in 2014. Watson has been working in McConnell’s kitchens for more than a decade, and the bistro was inspired by a trip the pair took to France in 2012. It replaced Golden Fields (a restaurant with a presence still felt via Supernormal’s lobster rolls, which first made their appearance on its menu).

Most of the McConnell group’s recent expansion has focussed on Fitzroy, with Meatsmith opening in 2015 and Moon Under Water transforming to become Ricky & Pinky last year, before attention turned to Cutler & Co.

But Luxembourg’s closure does not mean the group is giving up on the site. “I love St Kilda and believe in Fitzroy Street,” McConnell says, while acknowledging Luxembourg had not drawn enough sustained interest from diners.

While McConnell is keeping plans for the venue’s future close to his chest, Watson recently turned Luxembourg into Zona Rosa, a one-week Korean-Mexican pop-up he ran with Ben Sears from Sydney’s much-missed Moon Park.

Last service at Luxembourg will be this Sunday, April 9.