Lucy Liu has taken over fine-dining restaurant PM24, shaking off the white tablecloths and amping up the red neon with a relaxed and vibrant Asian offering in the city. 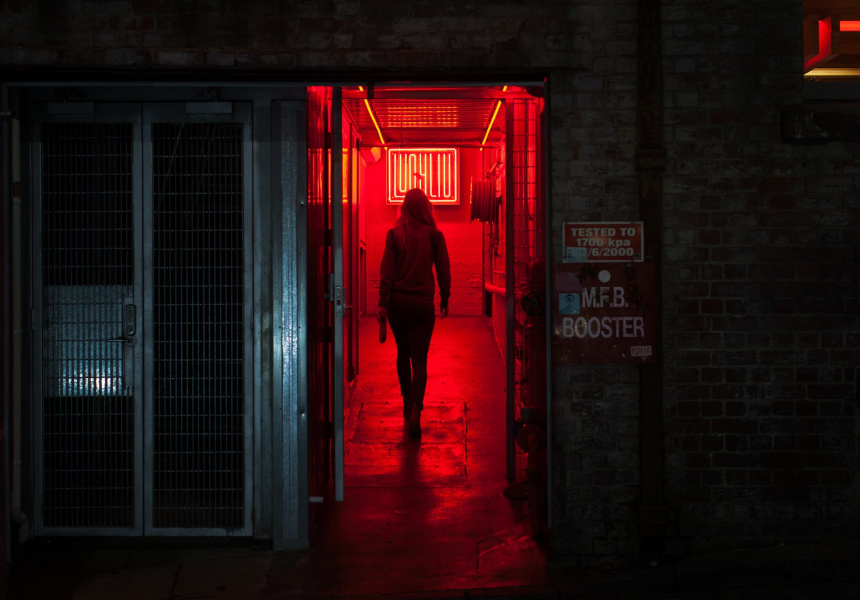 Now in the space that once housed Philippe Mouchel’s PM24, neon-lit Lucy Liu is the brainchild of chef Michael Lambie (The Smith, Taxi, Circa), Scott Borg and Zac Cribbes. It is a distinctly upbeat departure from the British expat’s past cooking in gastro pubs and fine dining restaurants.

Despite that his career began in the UK cooking in the classic French style Lambie says, “I’ve worked with the flavours of Asia for many years. They inspire me. And sometimes they infuriate me, but they are my infatuation.”

Time spent sampling street foods in Bangkok, Taipei and Shanghai got Lambie fired up to do the new project. Rather than sticking to one cuisine, the border-hopping menu at Lucy Liu offers pan-Asian favourites – from Peking duck dumplings and Korean fried ribs, to BBQ lap cheong (Chinese sausage) hot dogs – a trend we’re seeing more of.

The standout dishes include the yellow fin tuna tataki with wasabi ginger dressing and sesame crackers; the steamed, sticky beef buns with cucumber, hot chilli and black vinegar; and an exemplary wagyu-beef dish with horseradish cream and yakiniku dipping sauce.

The interior is a mix of communal and booth seating. There is a private dining room and larger tables with lazy Susans for group dining.

Most notably, Lucy Liu has flipped the script, taking the entrance off the Russell Street main drag. Entry to the space is now via cobbled Oliver Lane at the rear. Not that that’s likely to put anyone off – sometimes a night out in Melbourne’s CBD just isn’t the same without venturing down a lane, up an alley and through a seedy-looking back door. The big plus here, though, is that while walk-ins are welcome Lucy Liu also takes reservations. Which only adds to Miss Lucy’s already considerable charms.